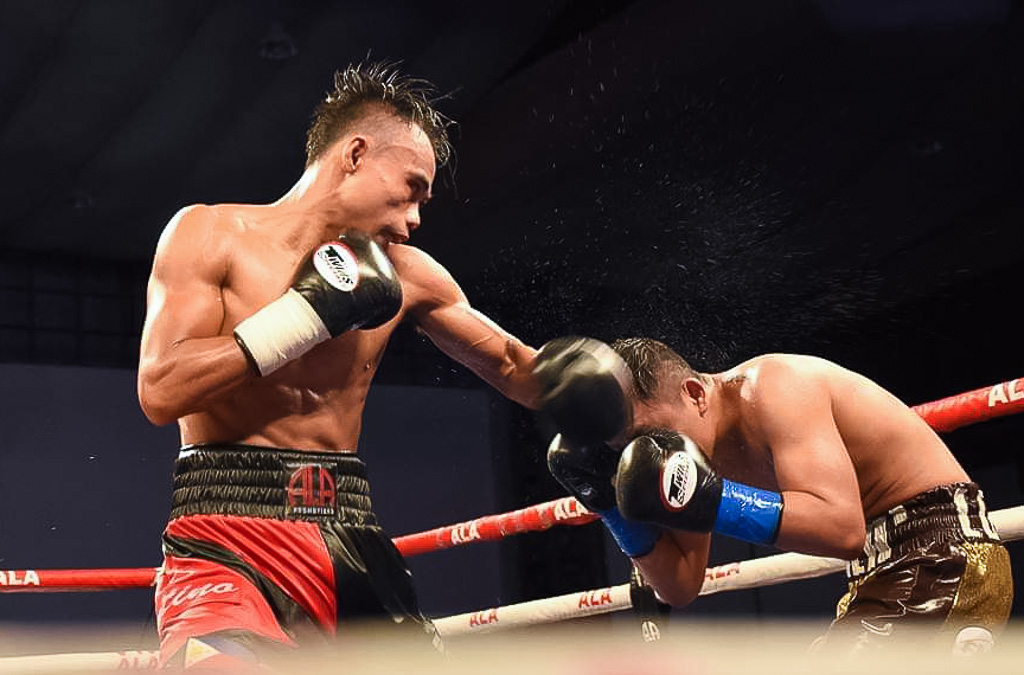 CEBU CITY—Jeo Santisima and KJ Cataraja overcame their respective sturdy Mexican opponents and if their hard-earned wins were any indication, the two ALA Boxing Gym stalwarts are headed for bigger fights.

“I’m happy with KJ and Jeo. Those were the fights I want to see from them, they showed heart and courage. They showed a lot because their opponents were no joke and they really came to win,” said ALA Promotions President Michael Aldeguer.

Santisima peppered Lopez with solid combinations to the head and body but the game Mexican absorbed the telling blows and engaged the Filipino fighter in a torrid exchange.

Santisima, however, could not be denied and escaped with the win that boosted his chances of earning a world title shot.

“I expected that the fight would go the distance. It was my first fight that went the whole 12-round route and I learned a lot from this. This will help build up my confidence,” said Santisima.

Cataraja, on the other hand, landed well-timed shots in dominating Reyes.

Cataraja unleashed bone-crushing shots but Reyes proved to be a tough nut to crack, denying the ALA Gym fighter of scoring another knockout win.

“I am very happy that I was able to pull off the win. I hit him with solid shots and I didn’t expect that he was that strong. This fight taught me not to be complacent,” said Cataraja.

Pagara put Krampah to sleep with solid right to the head.

In the other undercards, Arthur Villanueva and Carlo Demecillo settled for a majority draw, while Jonas Sultan marked his return from a failed world title bid with a UD win over Ardin Dial.