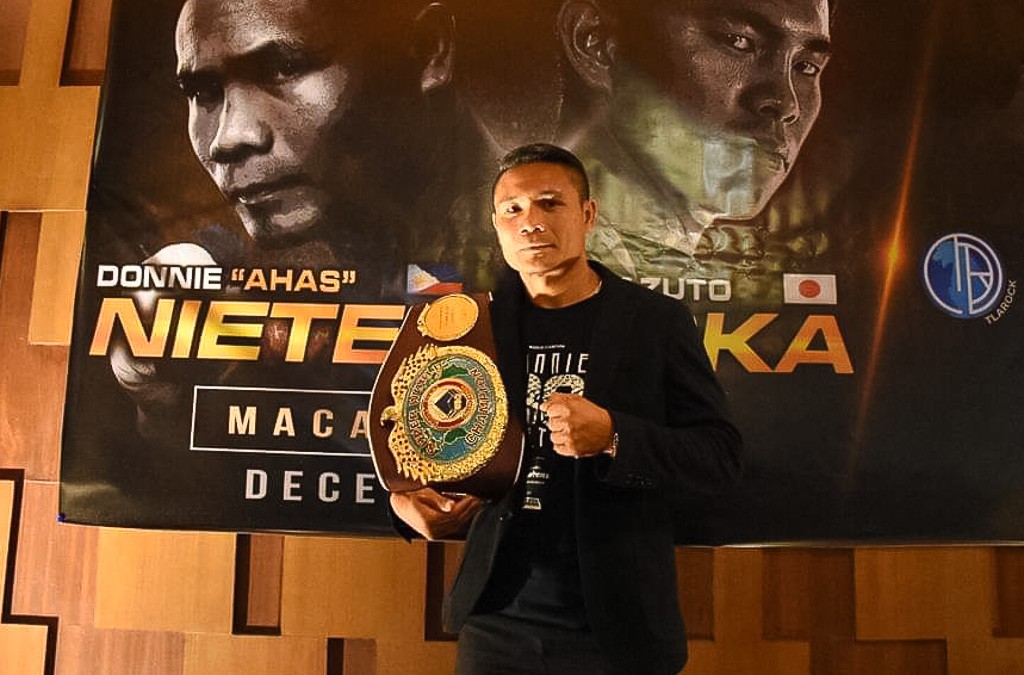 CEBU CITY—Will the country have a third four-division world boxing champion before the year ends?

That question will be answered on the New Year’s Eve when Donnie “Ahas” Nietes takes on Kazuto Ioka (23W-1L, 13KOs) for the vacant WBO super flyweight title at the Wynn Palace Cotai in Macao.

Nietes (41W-1L, 23KOs) spoke highly of Ioka but stressed he has what it takes to overcome the Japanese star in his bid to become just the third Filipino boxer to win four world titles in different divisions.

“Ioka is a good boxer as what I have seen in his previous fights but I think I have fought tougher opponents,” Nietes told reporters on Friday.

Nietes, the longest reigning Filipino world champion, is so confident of his chances that he sees his upcoming duel with Ioka to be an easy one.

“Honestly, this will not be a hard fight for me. I am serious in finally getting that belt,” he said.

The 36-year-old Nietes, who is looking to match the feat of Manny Pacquiao and Nonito Donaire, is coming off a controversial fight where he settled for a draw fellow Filpino fighter Aston Palicte last September 8 in California, USA.

Though the fight is still a month away, Nietes assured he is already in tip-top shape.

“I really feel stronger in this weight division. This is really the right division for me and this will help me in my goal to get an impressive win against Ioka,” he said.

Ioka is also gunning for history as he is also looking become the first Japanese boxer to win four world titles in different classes.

Ioka has a sterling resume as he has fought some of the top names in the division such as Juan Carlos Reveco, Felix Alvarado, Amnat Ruenrueng, Jean Piero Perez and compatriot Akira Yaegashi.