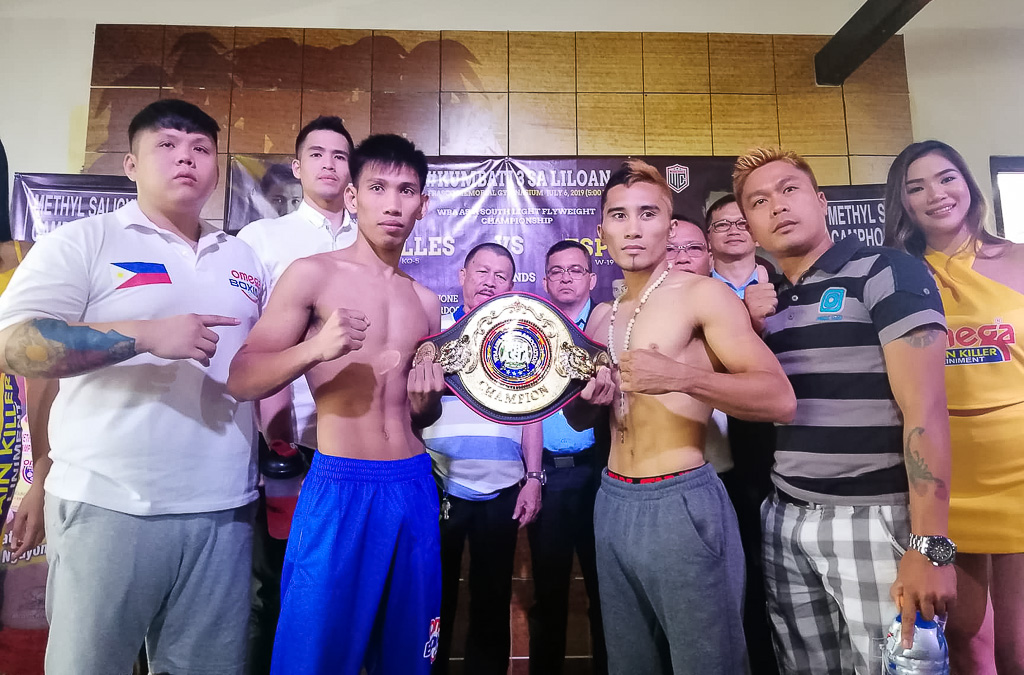 RONNIE Mark Vicelles of the Omega Boxing Gym will be putting his unbeaten record on the line when he battles veteran fighter Jesse ‘Little Giant’ Espinas of SGG Sports Promotion in the main event of ‘Kumbati 3 sa Liloan’ on Saturday night, July 6, at the Frasco Memorial Gymnasium in Liloan town, northern Cebu.

Sporting a 10W-0L-1D, 5KOs record, the 23-year-old Vicelles is not just gunning for the vacant title and protect his immaculate slate but he is out to score a win that may put him in the top 15 of the WBA rankings.

“I am up against a tough opponent but this is what I need. I need to fight veterans like Espinas to prove that I have what it takes to become a title contender,” said Vicelles in a press conference Friday morning, July 5.

“I will go for knockout but if it doesn’t come, I’ll make sure that I would dominate each round,” added Vicelles, who weighed 107 pounds, two pounds heavier than Espinas.

Espinas had his own goal.

“I waited for this time to come. I trained hard for this. Nothing won’t be easy for my opponent,” said Espinas, a native of Oroquieta, Misamis Occidental, who has 19 wins (11KOs) and three losses.