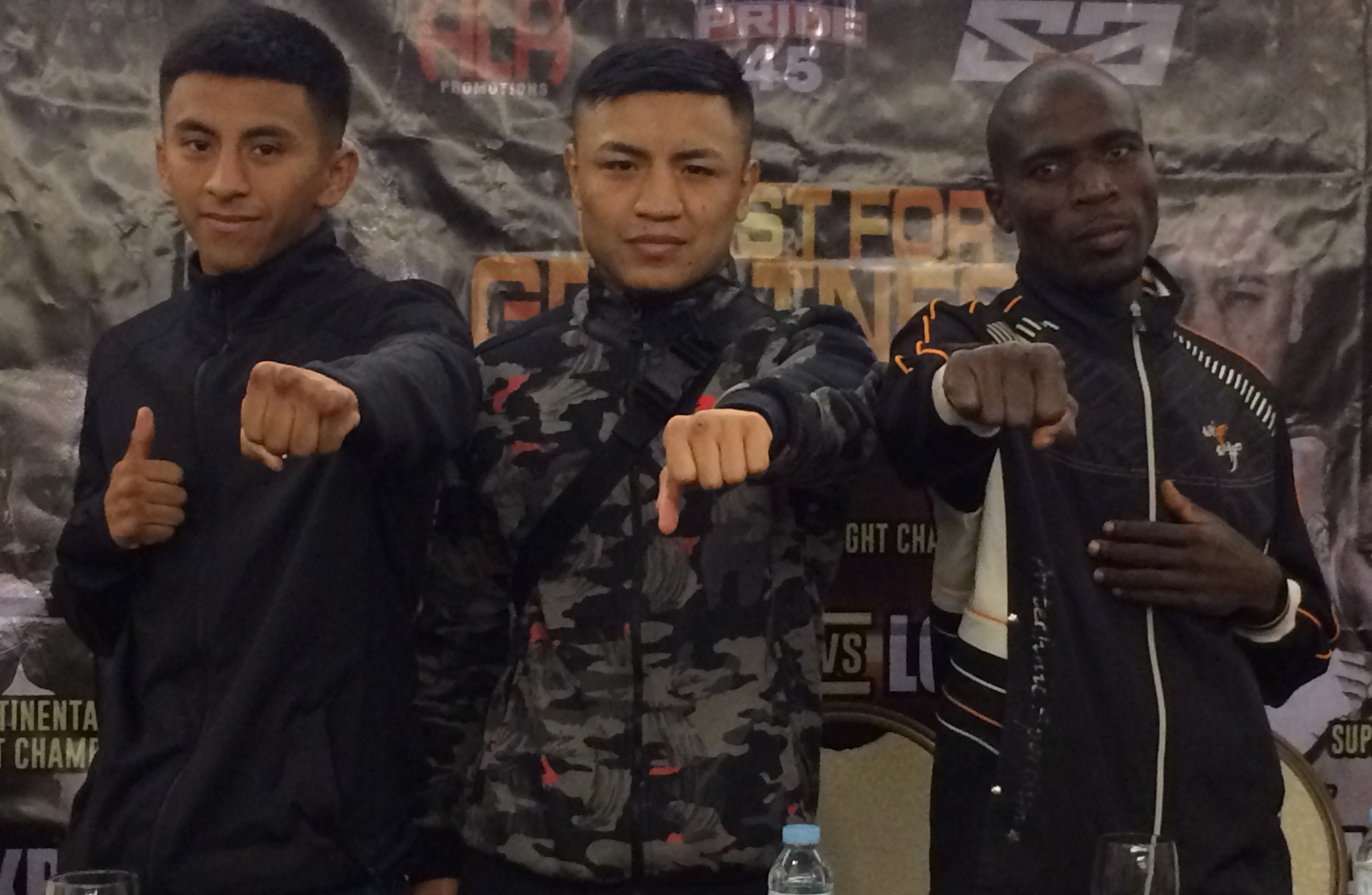 Visiting fighters from Mexico issued this stern warning as they vowed to put up a strong showing against some of the big names at the famed ALA Boxing Gym for the 45th edition of the long-running Pinoy Pride boxing series slated November 24 at the IEC Convention Center in Barangay Mabolo here.

Uriel “Yuca” Lopez (13W-6L-1D, 6KOs) had nothing but kind words for Jeo “Santino” Santisima (16W-2L-0D, 14KOs) but the interim WBC Latino Super bantamweight champion vowed he is not going to go home without a belt.

“He (Santisima) is very fast and strong but I am a Mexican and Mexican fighters are known to be warriors. I trained hard for two months and I’m ready for war,” said Lopez in a press conference Tuesday (November 20) at St. Mark Hotel.

Santisima and Lopez will lock horns in the main event of the card dubbed as Quest for Greatness.

At stake in the fight is Santisima’s WBO Oriental Super Bantamweight belt.

Aside from bringing home the crown, Lopez is gunning for a victory to prove that he is one of the elite.

Lopez’s manager Antonio Lozada Castillo lamented that although Lopez is the interim WBC Latino Super bantamweight champion, he is not in the top 15 fighters in the division.

“He is out of top 15 and that is wrong. Despite not being in the top 15, he keeps on pressing and working hard. Lopez has the ability to win and he is not fighting just for money. We are looking for win that will brighten his chances of contending for a word title belt,” said Castillo.

“He is a very good fighter, very skillful but I am also a good fighter. I am fighting a tough opponent but that will only motivate me to perform well,” said Reyes, who will try to snatch the WBO World Youth Super Flyweight belt.

“It was a long travel for us and we are not just going to go home without putting up a good fight,” said Krampah.

Pagara will be putting on the line his WVO Inter-Continental Super Bantamweight belt against Krampah, who owns 13 knockout victories.