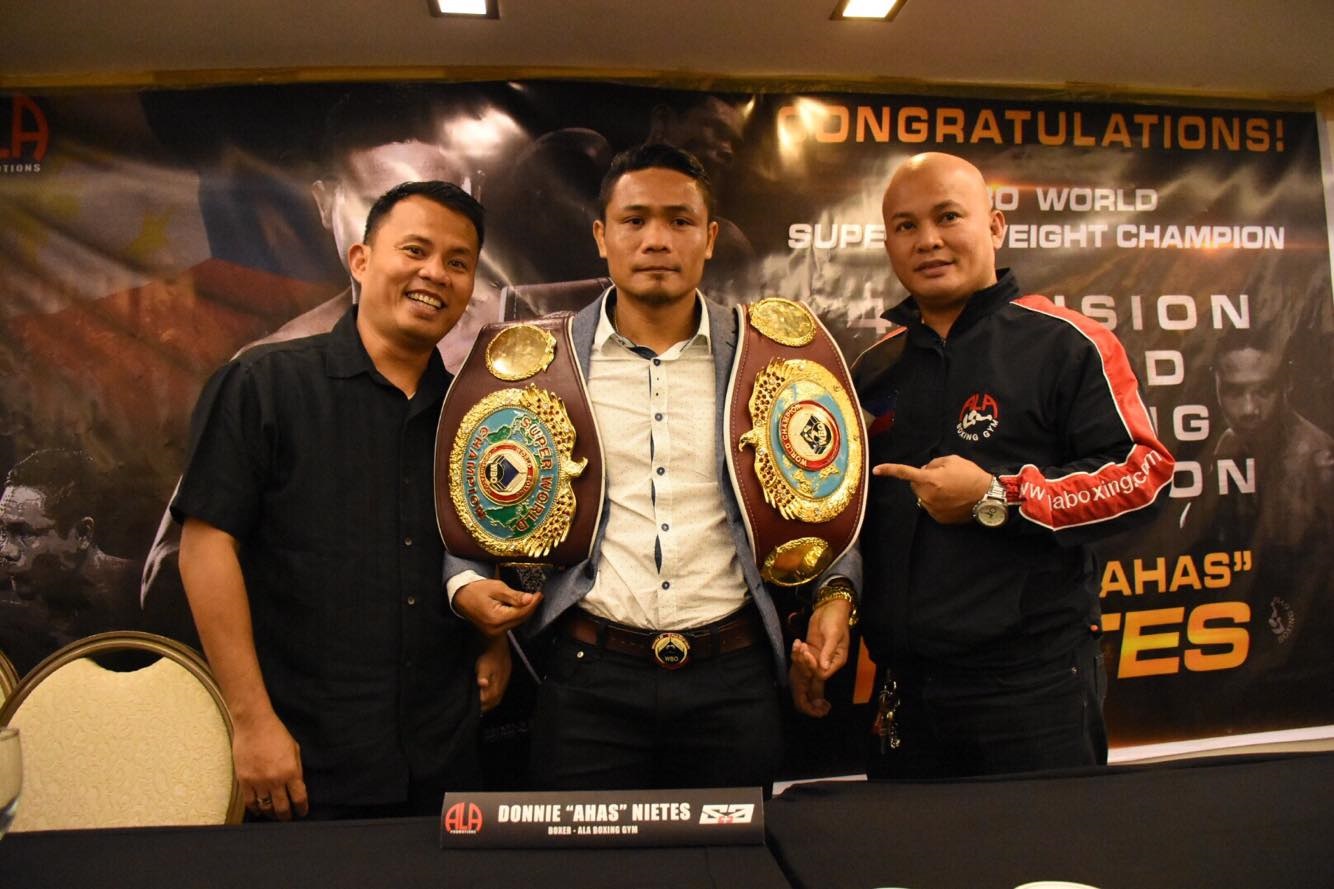 To say that he has accomplished a lot is an understatement but Donnie “Ahas” Nietes says there is an itch that needs to be scratched, something that would complete in what has been a storied career.

“I have been wanting to fight him. I am longing to fight Gonzales because I think we match up well against each other. He is a slugger, very aggressive and I am a counter-puncher,” said Nietes in a press conference on Thursday, January 3, at St. Mark Hotel.

The Nicaraguan Gonzales is one of the exciting fighters in the WBO super flyweight division where he is rated number two.

“The fans will surely love to watch us fight,” said Nietes.

The recent victory in Japan catapulted Nietes in an elite company with Manny Pacquiao and Nonito Donaire Jr. as the only Filipino boxers to capture world titles in four weight classes.

Nietes also wants to take a shot at bigger names such as Juan Francisco Estrada of Mexico and Thailand’s Srisaket Sor Rungvisai.

Despite the numerous accolades tucked under his belt, Nietes is hungry for more. And even if at 36 years old, Nietes vowed he still has a slot to show.

“I can fight until I’m 40 years old. Just look at Manny Pacquiao. I can still compete,” he said.

The native of Murcia, Negros Occidental has collected 42 wins, just lost once with five draws and has 23 victories via knockouts.

Asked if what else does he want to achieve, Nietes had this to say. “Becoming a four-division world champion is something that I did not plan or aspire. I just grabbed the opportunities. After this win, I will wait for another opportunity to come. I will be ready, continue to work hard, train hard and be prepared for whoever that I’ll face next.”