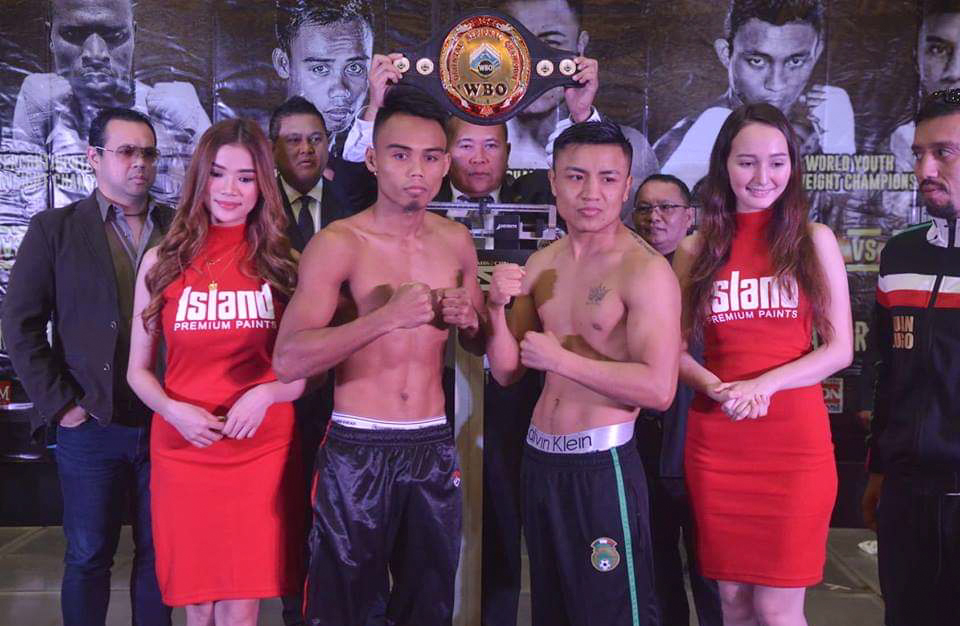 CEBU CITY—Stakes are high when two top prospects of the ALA Boxing Gym step into the ring tonight (Saturday, November 24) as they battle Mexican fighters in the Pinoy Pride 45: Quest for Greatness at the IEC Convention Center in Barangay Mabolo here.

While he expects his wards to battle ready, ALA Promotions International President Michael Aldeguer warned that Santisima and Cataraja are in for a tough test, noting that the two Mexican fighters are no pushovers.

“Jeo and KJ are two of the country’s most talented fighters and we want test them from the start. Pitting them against these Mexican fighters is one way of knowing if they have what it takes to go the next level,” said Aldeguer.

Aldeguer said the card promises to be action-packed fights as ALA Promotions is staging a Pinoy Pride slugfest in Cebu City for the first time since the Pinoy Pride 42 last September 2017 at the Waterfront Cebu City Hotel and Casino.

Santisima and Cataraja assured they are up to the task.

“We know how tough Mexican fighters are. They get stronger as they fight progresses that’s why if there is an opportunity for an early knockout, I will definitely go for it,” said Santisima, who weighed 122 pounds in last Friday’s weigh-in at SM City Cebu’s Activity Center.

Lopez tipped the scales at 121 pounds.

Cataraja, on the other hand, said he had carefully studied Reyes’ style and it’s just a matter of employing the game plan well inside the ring.

“He is a good fighter based on his previous fights I reviewed. He is tough but I am ready for him. I won’t guarantee a knockout but will do my best on top of the ring,” Cataraja said.

At stake in the duel is Pagara’s WBO Intercontinental Super Bantamweight belt.