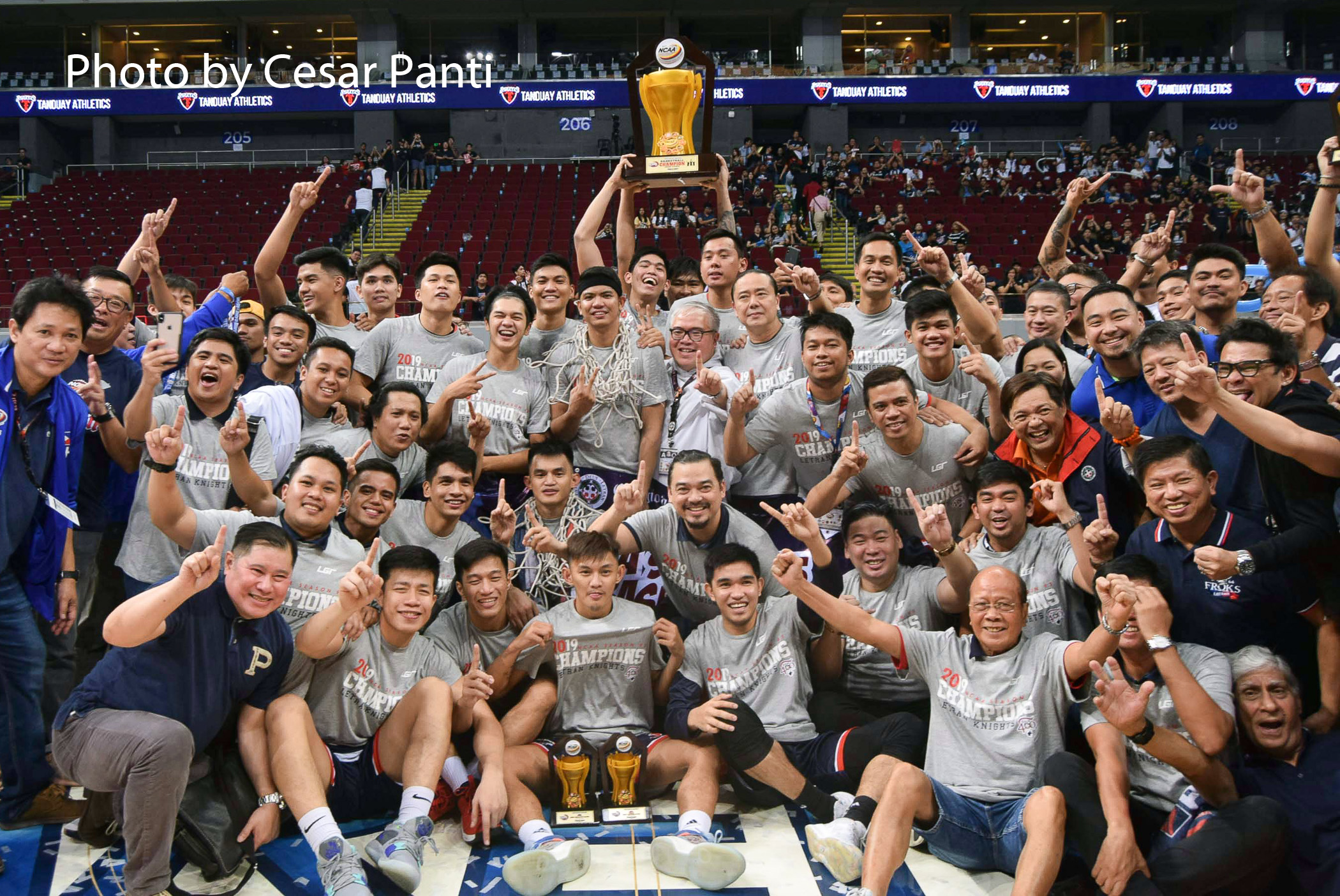 The Knights clinched an 81-79 victory in Game 3 of the finals on Tuesday at the Mall of Asia Arena, winning the best-of-3 title to claim their first NCAA championship crown since 2015.

Letran stopped San Beda from claiming its fourth consecutive title, despite the latter’s perfect slate in the elimination round of the tournament, and a 32-game winning streak that started last season. The Knights first claimed Game 1, 65-64, and now completed the task of ousting the Red Lions from the throne.

This win serves as Letran’s first championship title since Season 91, when they defeated San Beda in three games, too, which was their first title in a decade.

Letran led the game from the get-go, but it was not an easy ride for them. Though they took as much as a 13-point lead in the third quarter, 69-56, the Red Lions continued to rally in the final period.

Clavin Oftana led San Beda and made threatened Letran with an 11-2 run to open the fourth quarter to inch it into a one-point game, 71-70, 4:52 minutes left to play. Clint Doliguez was then called for a foul and Jerrick Balanza aced his free throws, 73-70.

Ato Ular then knocked down a booming triple that gave Letran a 76-70 lead, 2:06 minutes to go. Clint Doliguez answered back with another trey, but Balanza sank another triple, 79-73, 1:29 left in the game.

San Beda called for timeout and came back with another triple from Evan Nelle that turned the crowd into frenzy, 79-76, 42.2 ticks. Fran Yu forced a foul and knocked down both his freebies. Nelle got hold of the ball in the next possession and drilled another three, 81-79, 11.5 seconds left in the game.

The buzzer went off, as it signalled Letran winning the game.

“The boys deserve this eh. They worked hard for this trophy,” coach Tan said.

Balanza paced with 27 points and seven rebounds, while Bonbon Batiller chipped in 19 markers.

On the other hand, Donald Tankoua had 22 points and seven rebounds in his final game. Oftana added 18 markers and eight boards. Nelle chipped in 11 points and nine assists.