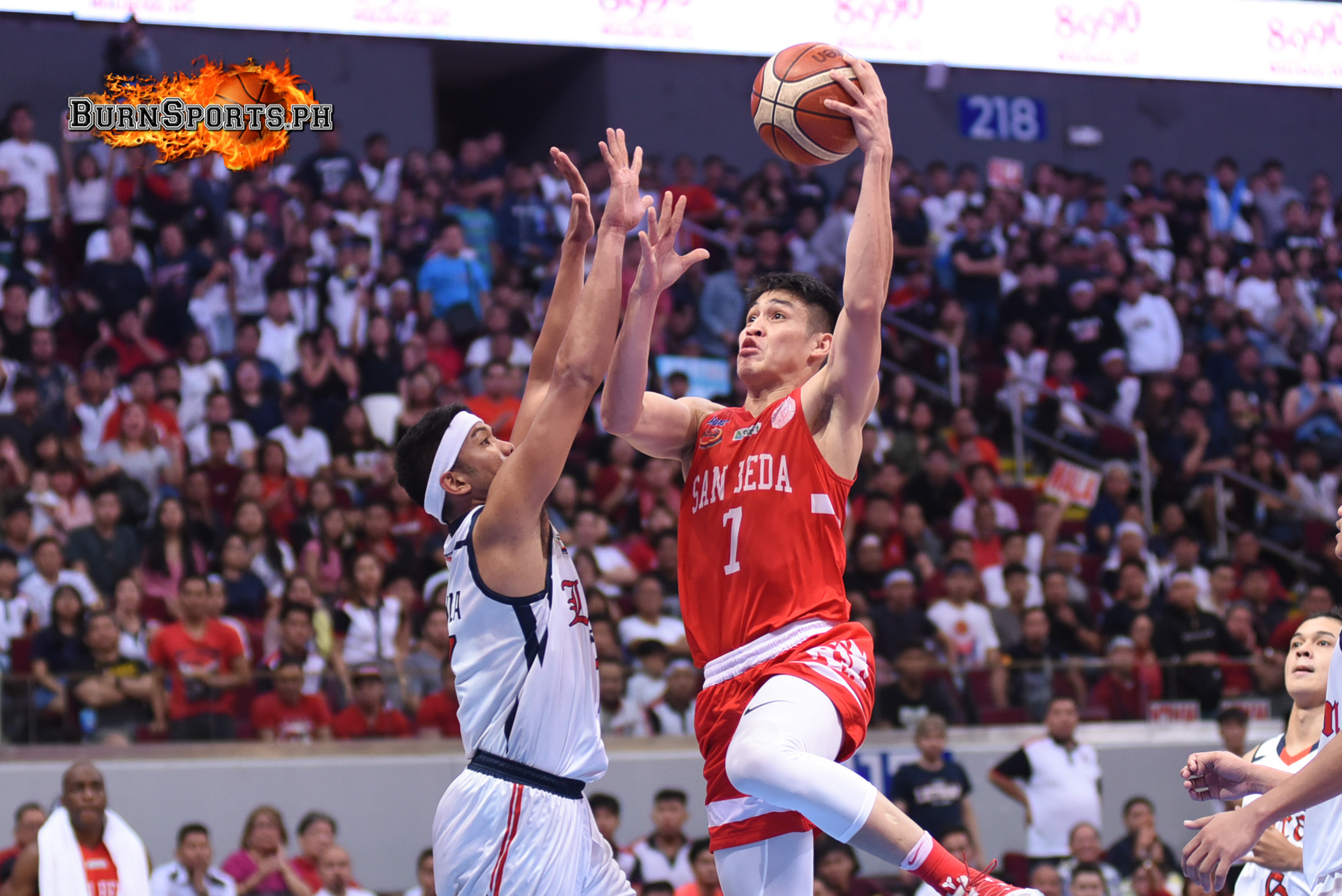 MANILA, Philippines – Defending champs are not going to give up the title that easily.

San Beda University got back at Colegio de San Juan de Letran with a thrilling 79-76 win in Game 2 of the best-of-three Finals in the NCAA Season 95 men’s basketball tournament at the Mall of Asia Arena on Friday afternoon.

After the devastating 65-64 loss in their first match, the Red Lions made sure for the Knights to feel their wrath this second game.

San Beda was off to a hot start, as they limited Letran to only seven points in the first quarter. Most Valuable Player Calvin Oftana powered his team through to keep a 12-point lead until the second quarter, 37-35.

Letran got back from the dug-out with a renewed system for the third quarter, and banked on the heroics of Fran Yu and Larry Muyang, who boosted the squad take the lead out of San Beda’s hands, 56-53.

The Knights kept the lead as Muyang’s jumper gave them a 76-74 advantage, 55.4 ticks to go. San Beda looked to lose once again in front of their faithful supporters in the jampacked arena as big man Donald Tankoua committed a turnover.

However, their defense strengthened in the final seconds of the game and forced a stop on Muyang. Oftana got possession of the ball and drove it straight to the basket, and through the defense of Bonbon Batiller, 19.1 seconds left.

Oftana completed three-point play by converting bonus free throw for a 77-76 lead and cruised to victory from there as they booked a do-or-die match next week, Tuesday at the Mall of Asia Arena.

“A win is a win, and we’ll take this one,” said San Beda head coach Boyet Fernandez. “I’m just relieved that we won this game. I salute my players also. That’s what character is.”

James Canlas finished with 21 points, seven rebounds, and six assists, meanwhile Oftana had a 17-point, 11-rebound double-double, along with two blocks and two assists. Clint Doliguez chipped in 17 markers of his own to go with six boards.

For Letran, Yu had 23 points and five assists, while Muyang had 17 markers in the losing effort.