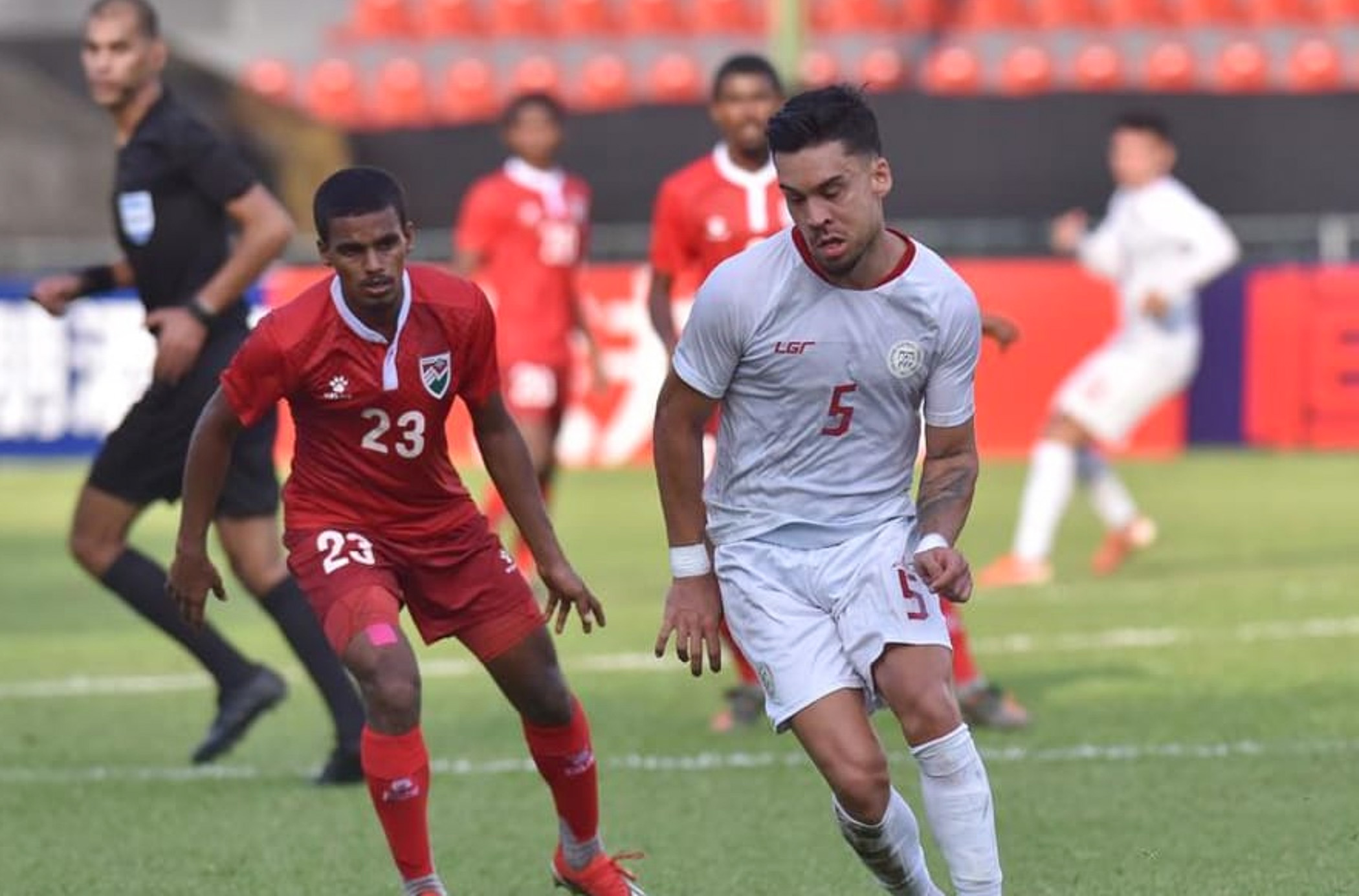 The Philippines put immense pressure to Syria and China in the second round of the joint qualifiers of the World Cup and the Asian Cup following their 2-1 win away at the Maldives Thursday evening, Manila time.

In their first meeting in four years, Goran Milojevic’s Azkals were made to work for the three points, in which they did in the second half after a frustrating opening 45 minutes in which they blew a golden chance to move ahead from the spot.

Iain Ramsay and the bandaged John-Patrick Strauss made up for that missed penalty, as they provided the goals to extend their unbeaten run in Group A to three matches with 7 points, tied with Chinese who will play the leading Syrians in Dubai later tonight.

The suspension of Martin Steuble on cards forced the Serbian to make a change at left-back, with Luke Woodland deputizing on his behalf for the visitors.

Strauss got his head gashed when Akram Abdul Ghani caught him with a wayward arm that got the Maldivian skipper the booking.

Patrick Reichelt was unfortunate that his spot kick was saved in the 33rd minute by Mohamed Faisal after Ahmed Numaan was caught handling the ball by Jordanian referee Ahmed Faisal Al-Ali to keep the match scoreless at the break.

However, the restart became the Azkals’ property as Ramsay fired a left-footed rocket in the 52nd minute to draw first blood, which was a handiwork of Strauss on the left side of their attacking zone.

Third time’s the charm for the Azkals in the 69th minute, with Strauss turning to a goalscorer when he tapped home the rebound after the crossbar kept out Woodland’s outswinger and Reichelt’s header on the initial two attempts.

Hassan Naiz pulled one back deep into added time, but that could not prevent the Red Snappers to lose their third straight match in qualifying, and getting beaten at home against the Azkals since their epic semifinal in the AFC Challenge Cup.