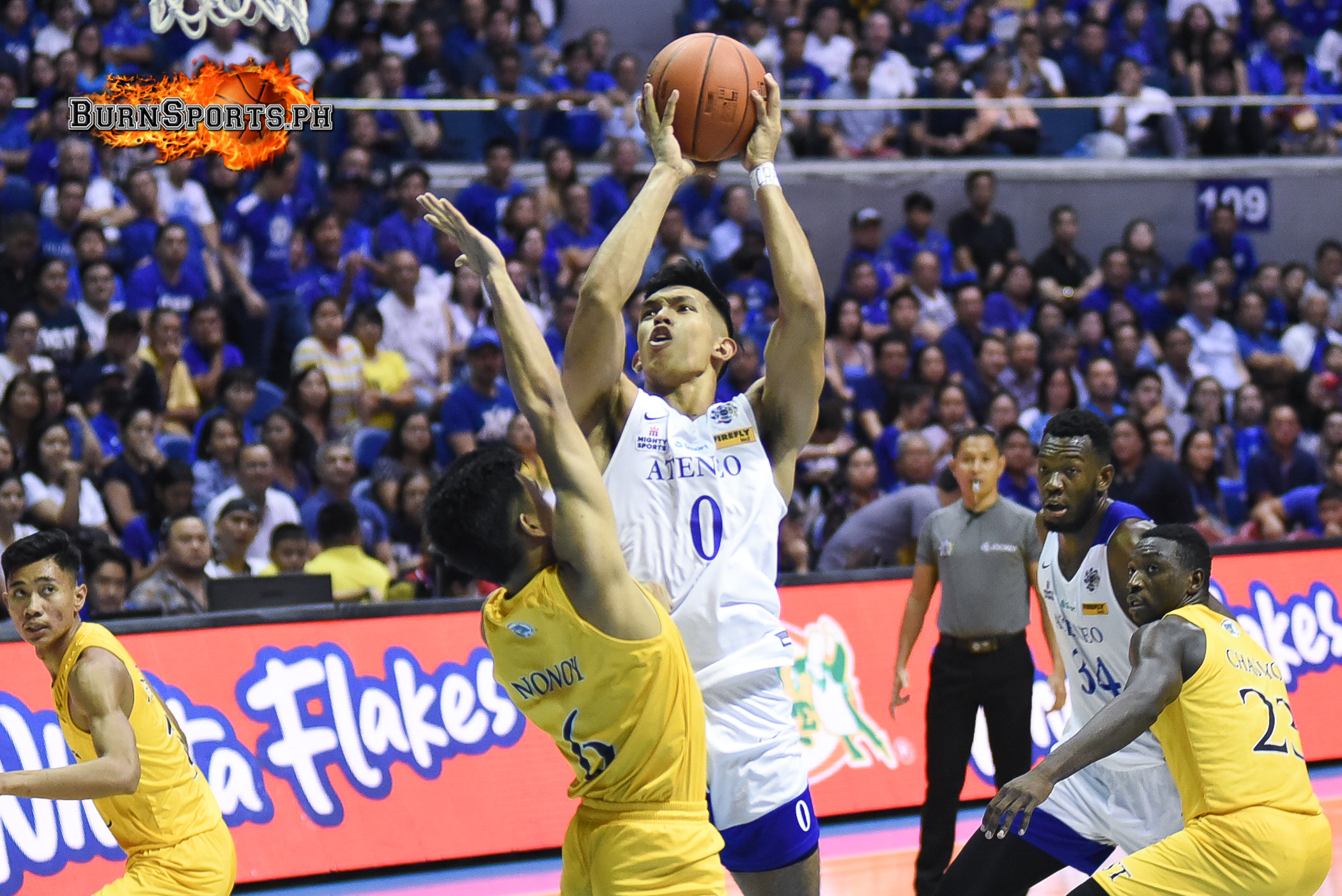 MANILA, Philippines – Defending champion Ateneo De Manila University proved too strong for the University of Santo Tomas as they clinched Game 1 of the best-of-three finals, 91-77, in the UAAP Season 82 men’s basketball tournament on Saturday at the Smart Araneta Coliseum.

After a two-week layoff, the Blue Eagles looked to have prepared well for their finals matchup with the Growling Tigers.

They waxed hot from the get-go and claimed an early 18-2 lead in the first quarter. Ateneo never let their guards down and continued to take advantage as their lead ballooned up to 23 points, 66-43, in the third period.

“Well, it’s good to get the win obviously. But we tend to not really see that as a win. We see that as the first half of basketball and we just get a long halftime break,” said Ateneo head coach Tab Baldwin post-game.

Compared to Ateneo who had a long break, exhaustion seemed to be catching up to the Growling Tigers after winning three continuous elimination games coming into the finals.

Ateneo forced them to 16 turnovers, which were converted into 27 points. The Blue Eagles also outrun their opponents in terms of fastbreak points, 23-8. Aside from that, UST was limited to just 38 percent shooting from the field.

Kouame had 18 markers and 12 boards. SJ Belangel chipped in 12 points, five assists, four boards, and two steals in the win.

UST’s Mark Nonoy who had 26 points built on seven triples, continued to be a problem for Ateneo as lamented by Coach Tab and Ravena, while team captain CJ Cansino worked all around with four markers, 13 rebounds, and six assists.

MVP Soulemane Chabi Yo was limited to only 13 points and 10 rebounds.

The two teams will face each other again for Game 2 on Wednesday at the Mall of Asia Arena.

“Business is not done. We can’t celebrate,” said Ravena. “We just need to make sure we do our jobs.”