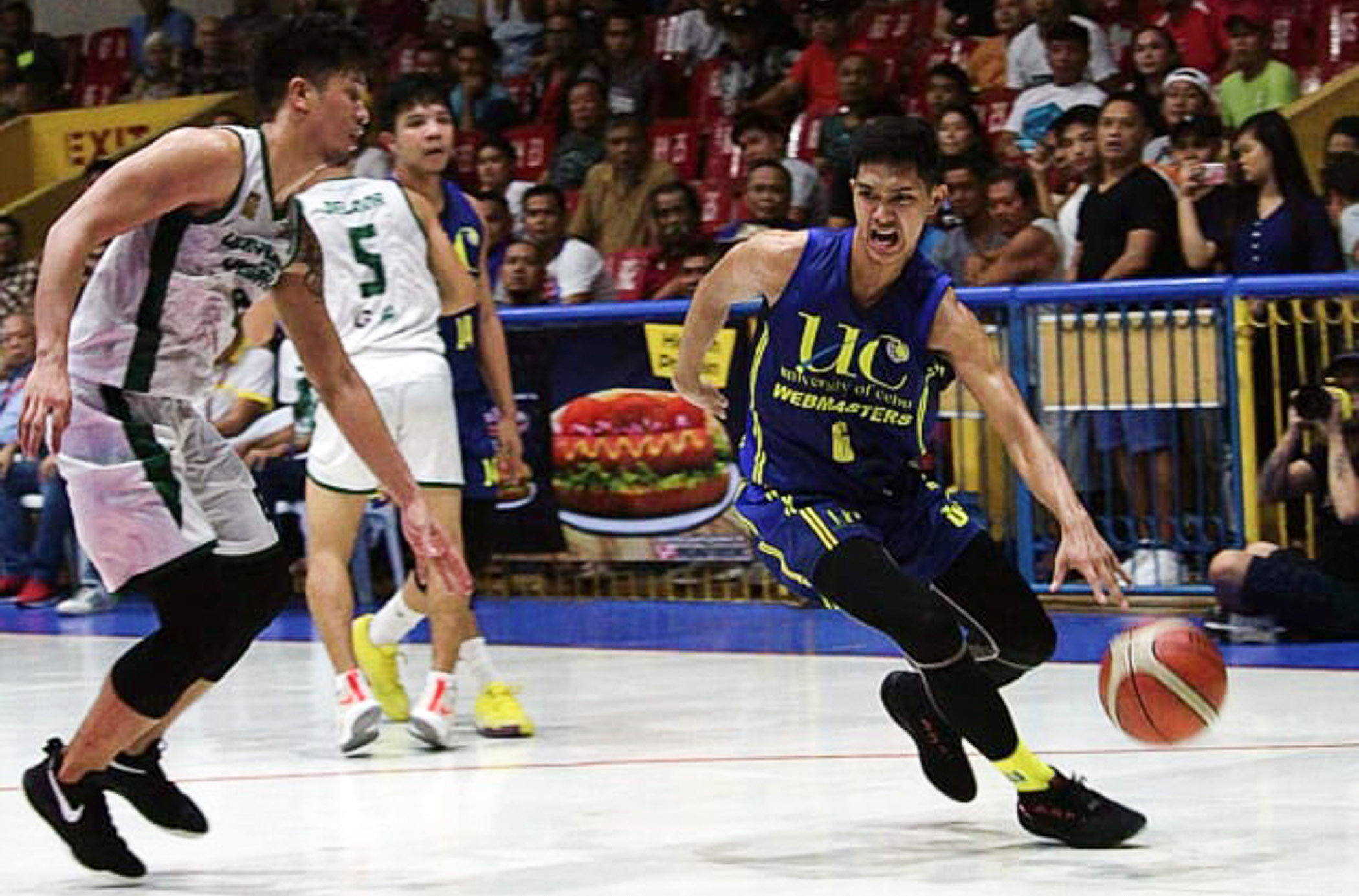 CEBU CITY–The University of the Visayas (UV) Green Lancers showed they are not the league’s winningest team for nothing.

The Green Lancers will contend for a fourth straight crown after they nosed out the University of Cebu (UC) Webmasters, 76-75, in their do-or-die semifinal match of the 2019 Cebu Schools Athletic Foundation Inc. (Cesafi) men’s basketball tournament at the Cebu Coliseum last Saturday, November 16.

The Green Lancers overcame a twice-to-win disadvantage as they got a stirring follow-up of their 81-62 dumping of the same UC squad last Thursday.

The Green Lancers battled back from an early 14-point deficit as Ted Saga dropped two pressure-packed free throws that gave UV a 76-75 lead with only 3.1 seconds left.

Saga earned the crucial gift shots after Jancork Cabahug collared a loose ball and was fouled while attempting a shot.

Saga stepped in to take the free throw shots after Cabahug limped out after suffering what appeared to be a knee injury.

With their season on the line, Saga didn’t blink and the Green Lancers went on to escape after UC’s Rodel Gravera missed a baseline jumper as time expired.