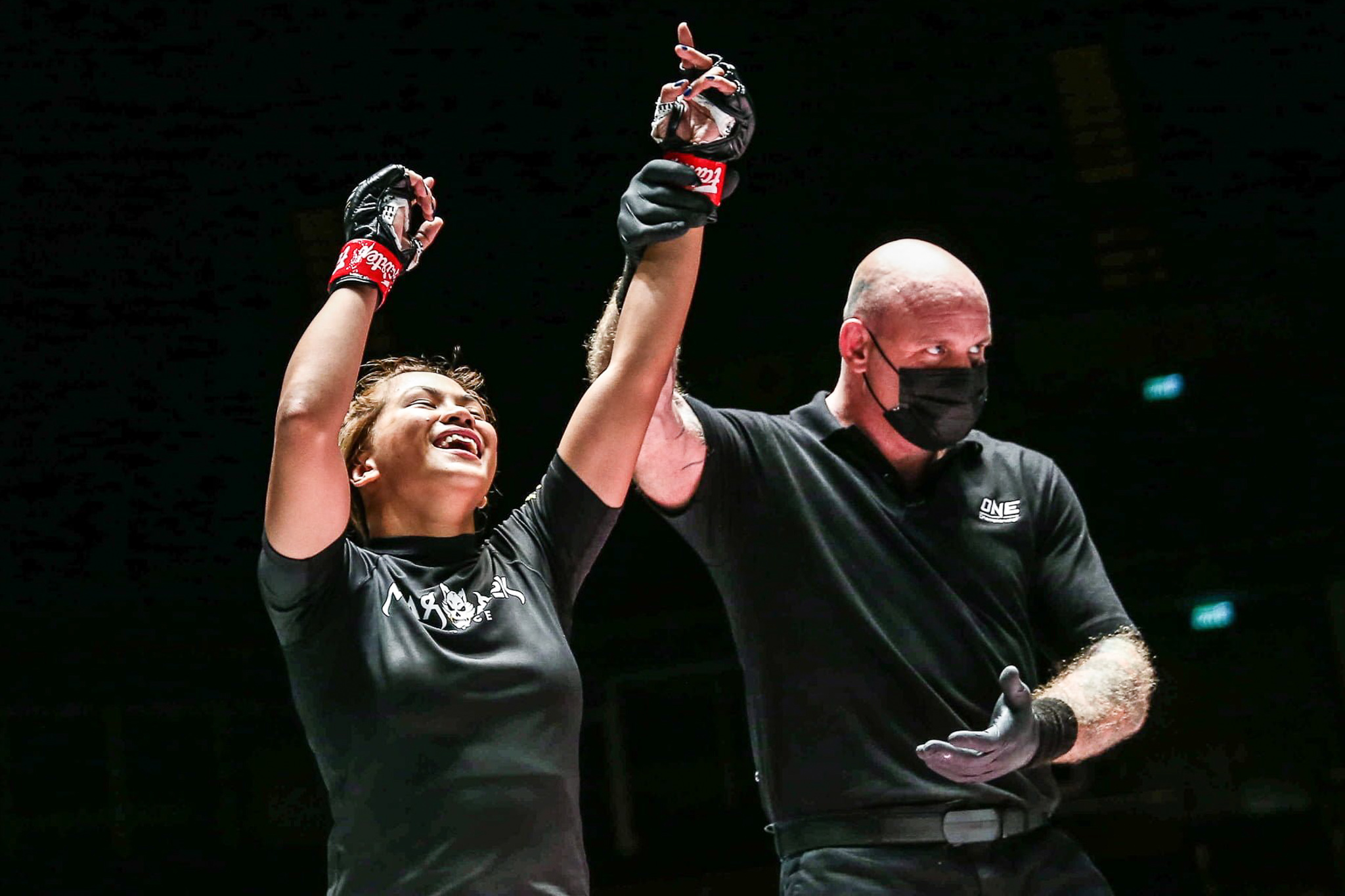 ONE Women’s Atomweight top contender Denice Zamboanga may be constantly exchanging fiery words with the division queen Angela Lee but the Filipina is currently committed to the fighter in front of her.

With the confirmation of ONE: EMPOWER on Sept 3, “Lycan Queen” directs her attention to South Korean veteran Seo Hee Ham and admits that she’s not even thinking about the champion right now.

ONE Atomweight Grand Prix will be Seo’s promotional debut but the no. 5 contender is a complete expert in the MMA, earning a spot in the rankings even before having her first fight in the promotion.

“I have no doubt Angela will be back. She’s the champion for a reason and she’ll be back stronger than ever,” said Zamboanga.

“But right now, in this tournament, there’s a lot of work to be done. I have a very dangerous opponent in Seo Hee Ham, and I am not looking past her.”

Zamboanga will be coming into the fight as an underdog despite topping the division ranking. Seo is riding a six-fight win streak, four of which is by TKO and is favored by many to win the grand prix, including Lee.

However, overcoming a huge obstacle is not new to the Filipina fighter.

No one expected her to beat highly regarded Malaysian star Jihin Radzuan and former ONE World Title challenger Mei Yamaguchi but she put together some amazing performances to earn her place in ONE’s deep atomweight division.

The critics’ take on the fight only pushes the 24-year-old Filipina to overcoming the odds yet again.

“I’m not even thinking about the fight with Angela yet. That’s not even on my mind. I just want to prove that I am the number one contender to the title again,” Zamboanga said.

“It’s great that Angela is thinking of me, I am flattered and wish her well. But right now, I am not thinking about her at all. I am completely focused on my next fight.”

The winner of the grand prix will be given the chance to challenge “Unstoppable” Lee for the ONE Women’s Atomweight World Championship.