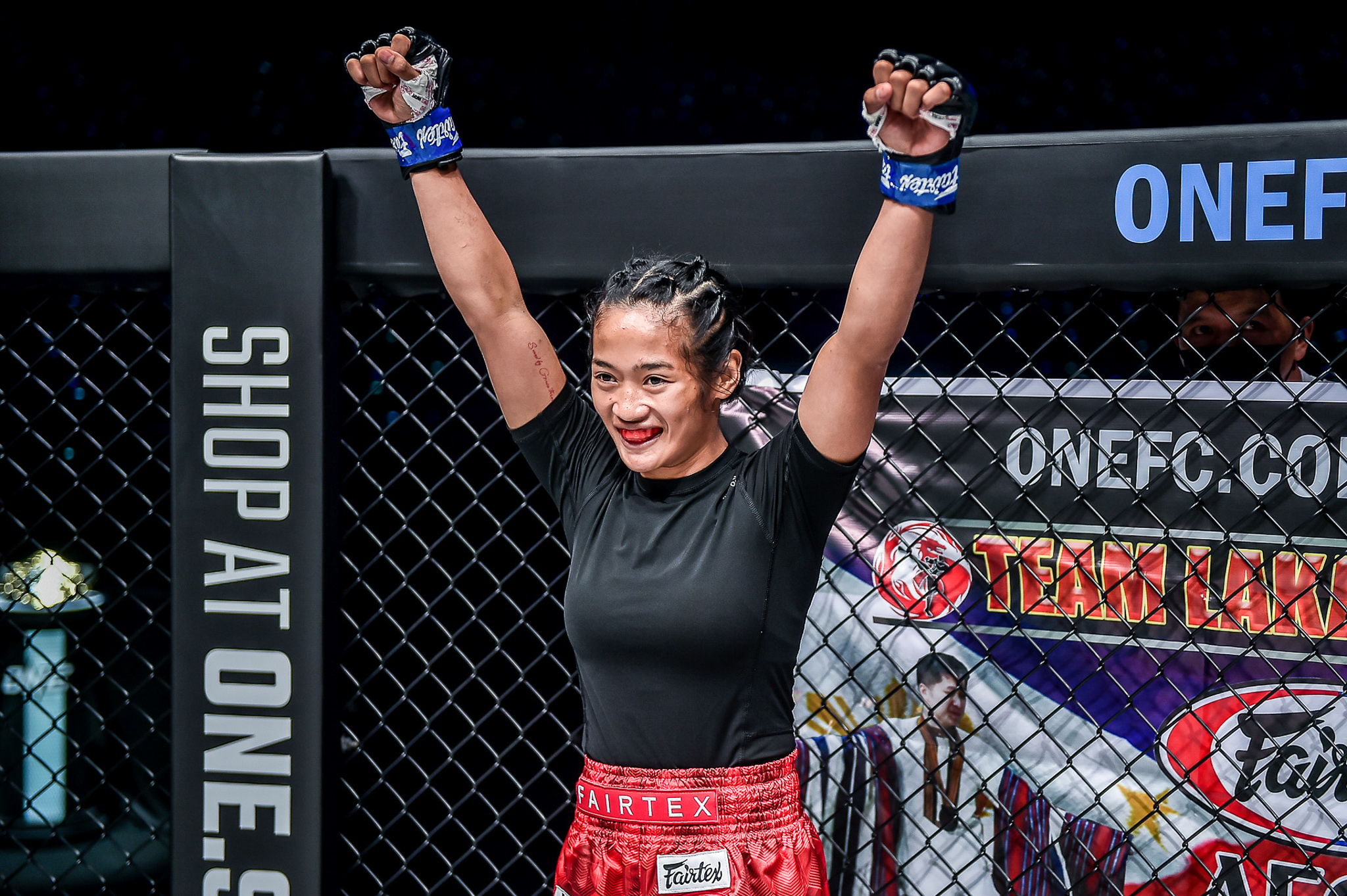 The Filipina rising star caught Nguyen by surprise, fending off the latter’s advances to bring the fight down in the canvass, and almost scoring a submission in the first round.

Olsim exhibited her improved ground game and stable Muay Thai fundamentals to secure the win in her atomweight debut against a veteran in the division.

“We are indeed super grateful for the  win we bagged last night. It was actually a product of Jenelyn’s drive to climb the rank,” Sangiao said the morning after the fight night.

“Her attitude – she’s coachable and picks up fast and of course a thorough game plan and follow thru. We also add Jenelyn’s good confidence and composure.”

Indeed, Olsim’s showing displayed her eagerness to climb up the rank while presenting potentials both up top and in the grappling battle.

“She’s very composed which resulted to a very clear calculation during the fight,” Sangiao added.

Yet, also for Coach Mark there are still areas needed to improve to enhance the 24-year-old Filipina’s arsenal inside the Circle.

“For the grade, she performed dominantly last night and we saw her huge improvement especially on the ground but I also saw aspects that Jenelyn needs to improve,” shared Sangiao.

“If 10 is the perfect score then I won’t give her that, learning should be constant and she/we need to keep growing and evolving.”

With the win, Olsim secures a spot in ONE Championship’s all-female fight card against Grace Cleveland in an alternate bout of the atomweight grand prix.

“Maybe she’ll compete both in atomweight and strawweight but now we’ll focus on atomweight as she’s in for the Alternate Bout,” shared Sangiao.

“For the meantime, we’ll go back to the gym and go back to training. We still have a lot to improve.”