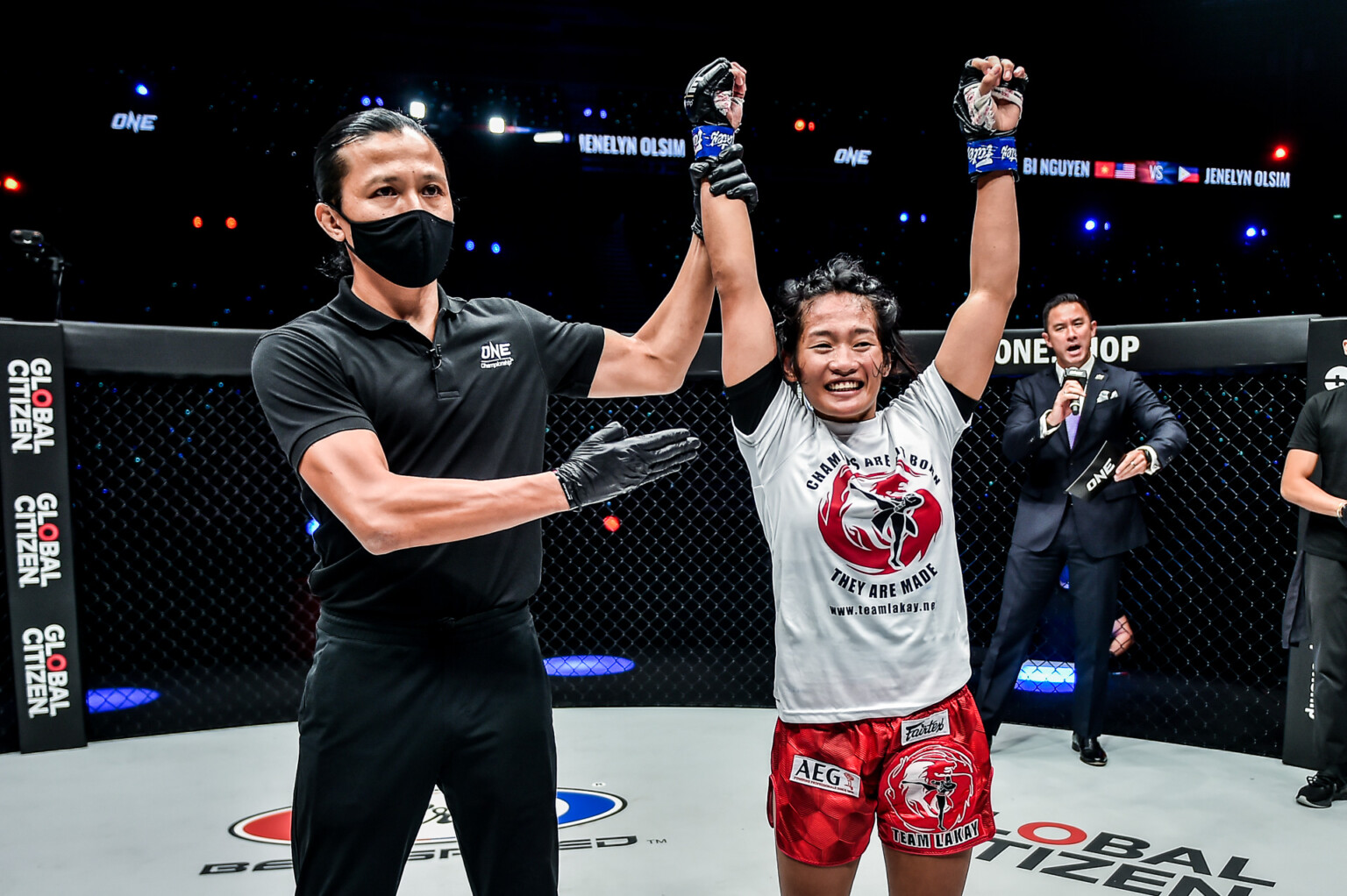 Team Lakay’s Jenelyn Olsim scored her second consecutive win at the main stage of ONE Championship, after outlasting Bi Nguyen in ONE: Battleground III at the Singapore Indoor Stadium.

The fifth-ranked strawweight got the unanimous decision with her flawless display at the circle to score a debut win at the lighter atomweight division, as she punched her ticket at the historic all-female card at ONE: Empower in September 3.

“It feels satisfying,” she said.

The Graceful’s ground game caught the Killer Bee by surprise in the entire fight, as she almost put Nguyen into submission on three separate occasions in the opening round.

Olsim even got her punching power on target where she knocked down the Vietnamese-American in the second round with a solid right straight.

The 24-year old then weathered the final-round flurry by Nguyen to get the nod of all three judges to notch a remarkable victory.

Team Lakay’s head coach Mark Sangiao was all praises for the Graceful, in which everything they have trained for worked perfectly.

She will take on Grace Cleveland in an alternate bout of the World Grand Prix.