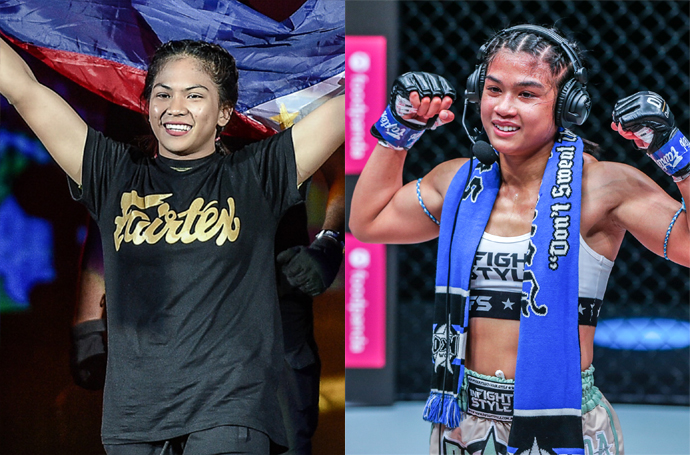 The undefeated Filipina fighter (8-0) will finally get the chance to prove that she is eligible for title contention after the event was rescheduled since May.

Zamboanga faces a newcomer to the promotion but an absolute veteran in the sport. Seo already has 31 matches under her name and will be coming off a six straight wins, four of which is by TKO.

“Lycan Queen” acknowledges the Korean’s credentials and says that this will be one of the biggest challenges in her career. She is also certain that she can square off with Seo in the striking department.

Meanwhile, US-based Buntan will also join the night as she locks horns with Argentinian Daniela Lopez in a Muay Thai fight in ONE Super Series women’s strawweight division.

The 24-year-old muay thai specialist impressed the promotion after successfully winning her debut against Wondergirl Fairtex followed by another victory against  Ekaterina “Barbie” Vanderyeva.

With her showing, another win will definitely propel her in the vacant ONE Women’s Strawweight Muay Thai world title.

Team Lakay Jenelyn Olsim also looks to crash the party with a spot against Grace Cleveland for an atomweight grand prix alternate bout.

In order to do so, Olsim needs to clear the obstacle in the form of Bi Nguyen in ONE: BATTLEGROUND III, on Aug 27.

For the main event of the night, ONE Women’s Strawweight World Champion Xiong Jing Nan will defend her title against Brazilian Michelle Nicolini.

For the other matches in the grand prix, No. 2 Meng Bo takes on India’s Ritu Phogat while No. 3 Alyona Rassohyna books a date with No. 4 Stamp Fairtex. Itsuki Hirata versus Alyse Anderson completes the quarterfinals tree.

The winner of the grand prix will face-off against the reigning ONE Atomweight World Champion Angela Lee.