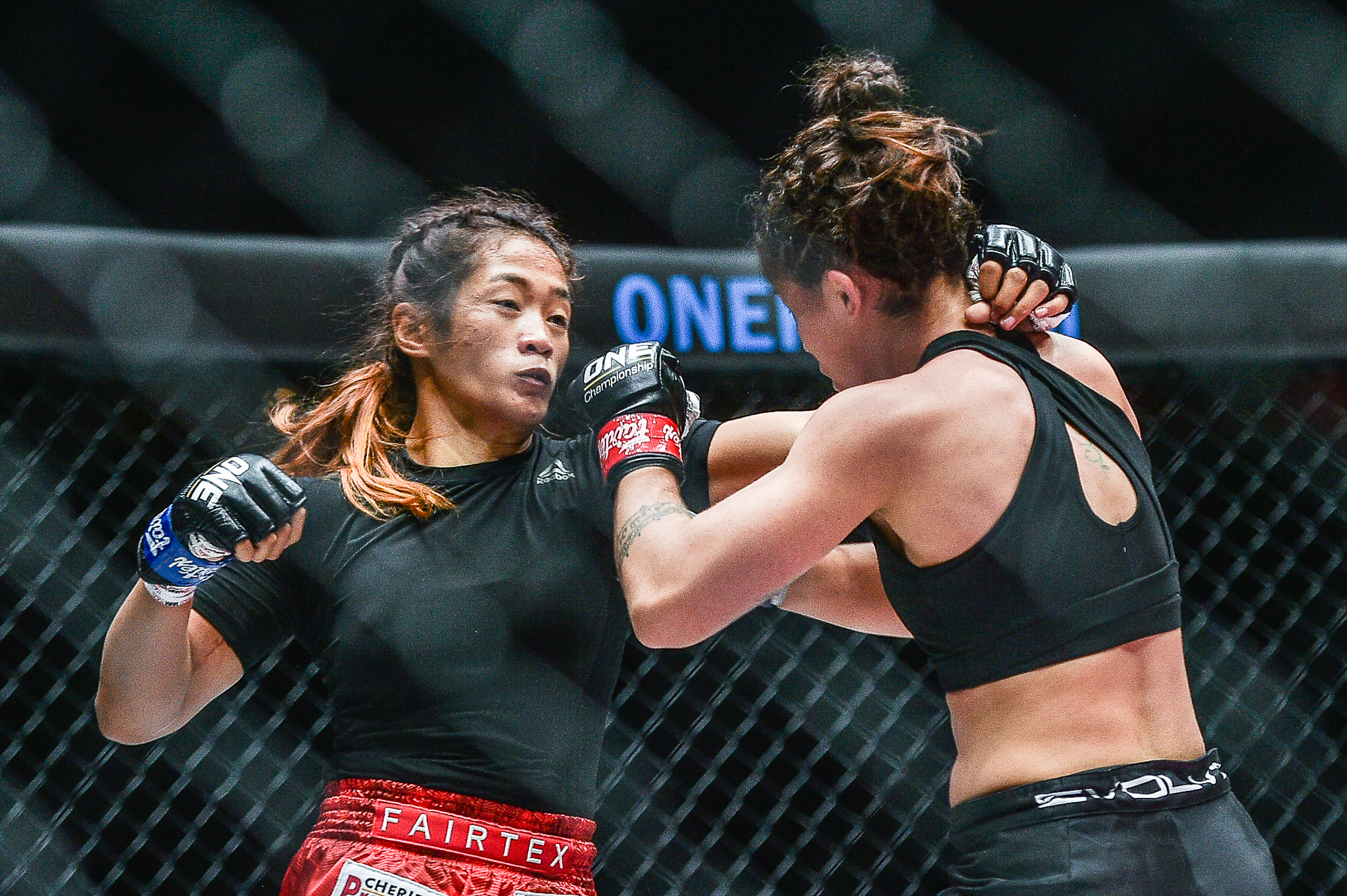 Team Lakay rising star Jenelyn Olsim is slated to face a more experienced fighter in her coming match but the Filipina warrior is confident that she will be victorious on August 27 from the Singapore Indoor Stadium.

Olsim, who moves down a weight class from strawweight to atomweight early this month, will take on one of the division’s elite fighters Bi “Killer Bee” Nguyen at ONE: BATTLEGROUND III.

Despite the tall ordeal ahead of her, Jenelyn trusts on the training she had with Team Lakay and head coach Mark Sangiao and believes she’s done with her extensive assignment in preparation for this monumental clash.

“We have been training hard for this, physically, mentally. I believe I am ready and I know she is also ready. It’s going to be a good show,” she said.

Olsim understands how dangerous Nguyen is but her confidence is just sky-high and she knows that she’ll come out on top despite the difference in experience.

“I just know that I’m the better fighter,” Olsim said with a cheeky smile.

Yet undoubtedly Nguyen is still a dangerous woman to be lock in the Circle with.

“Killer Bee” has already squared off with the best of the division recently coming off a split decision win against “The Indian Tigress” Ritu Phogat at ONE: DANGAL last May.

“Bi is a tough fighter. She has that strong heart and I admire her for that. I have seen her fights and undoubtedly, she has that will power that I have to watch out for. But I believe with the training that we’ve had, I will have an answer for that,” said Olsim.

Olsim promises her fans for another action-packed night and that she’ll only display nothing but her best once she enters ONE Circle.

“Like in my last fight, the fans can all expect an action-filled match, maybe a more technical Jenelyn,” hinting at the improvements that she added to her game.

“I don’t want to predict what the finish will be, but either way, I’m going there with all my heart and I’ll do everything just to get the win. Whatever it takes.”