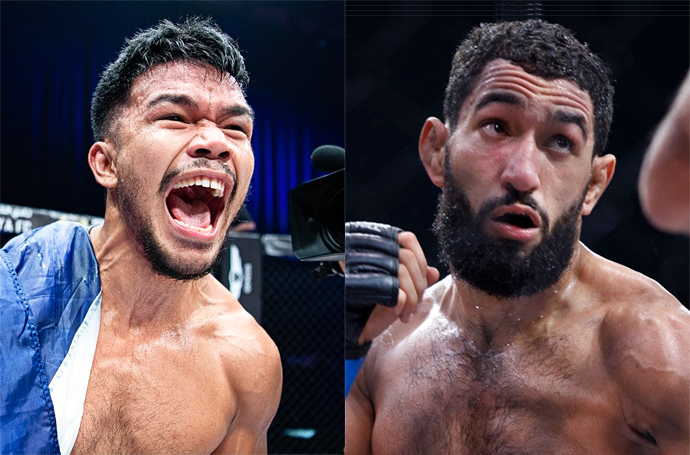 Rolando Dy is feeling the hype to redeem himself after going through war with lightweight contender Abdisalam “Omok” Kubanychbek last March.

The Filipino superstar is eyeing Ahmed “The Butcher” Amir by calling him out on social media and promised to give the Egyptian bruiser “a real fight.”

“I called out Amir on social media because he is acting like a clown. In my opinion, he doesn’t deserve the title shot, yet it was given to him. I respect that, but the thing is that he backed out in his fight for the title. Then he showed up at the event, acting tough and acting like the champ,” the 29-year-old adopted son of Cavite said.

“I lost my respect for him that night, and I want to test if he is really tough like he said he is. I am here. I can give you a real fight.”

Amir who was supposed to square off with lightweight kingpin Amin Ayoub for the golden plated strap withdrew from the fight after supposedly injuring his shoulder and neck.

Before the night ended, Amir caused a commotion, making a surprise appearance at cage side and exchanged heated words with the Frenchman.

Dy then questioned the legitimacy of Amir’s injury implying that maybe he withdrew from the fight because he chickened out.

“He (Amir) was booked to fight for the title, but he chose to back out one week before the fight. I don’t like that. If he believes he’s strong and not pretending, prove it to me,” Dy boldly stated.

“I don’t back out, I don’t make excuses, and I show up. He was blessed with a chance to fight for the title, but he didn’t show up. He had plenty of reasons. I am built differently. As long as I can make the walkout, I will fight.”

Fighting Amir might be disadvantageous for Dy as the former is a grappler but the power-punching Pinoy seems unfazed by the Egyptian’s grappling credentials.

“I lost to a wrestler in my last fight. Amir is also a grappler. It’s a good match-up for him,” said Dy.

“I just want to fight Amir. He doesn’t have the right to act like a VIP. He always chooses his opponents. Well, he should choose me.”

Dy earlier expressed his intention to make a comeback in a much-awaited BRAVE CF 51, the promotion’s debut event in Minsk, Belarus on June 4th.