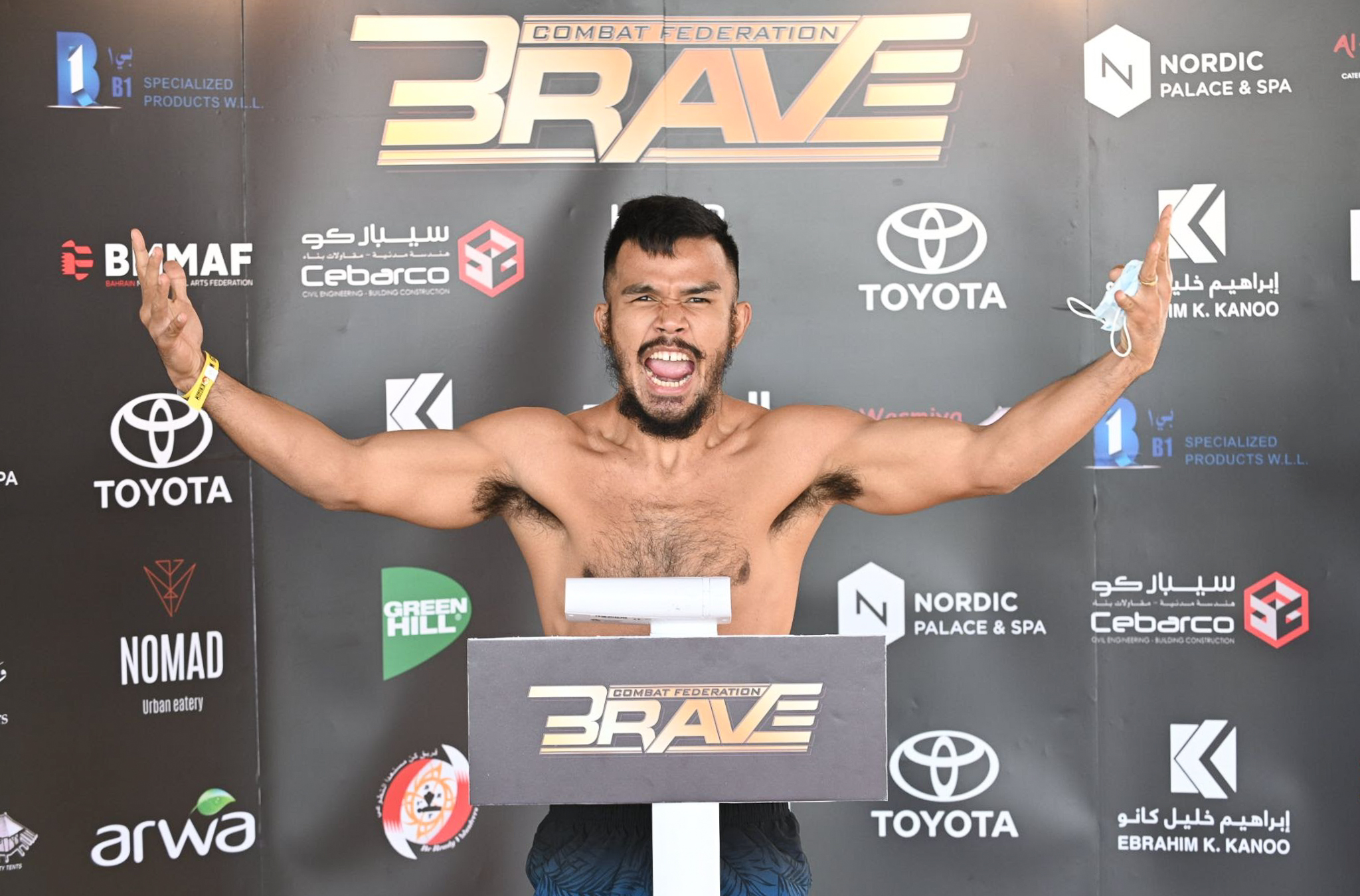 Filipino slugger Rolando Dy looks to spoil the promotional debut of Serbian Slobodan Maksimović as they headline BRAVE CF 56 on Dec 18 at Belexpocentar in Belgrade, Serbia.

The BRAVE CF 2020 Fighter of the Year hopes to get back into winning routine after Abdisalam Kubanychbek puts a stoppage to his two-fight win streak last March.

“The pandemic had a huge impact especially in my training. Last year me and my students were training in secret. Also, I can’t train with higher belts because BJJ (Brazilian Jiu-Jitsu) was illegal back then,” shared Dy, who was clearly out of shape after throwing the towel at the end of second round in his fight with Kubanychbek.

This time around, the relieving of health protocols enabled Dy to better prepare himself for the main event fight.

And Dy is serious about it.

“He is a good fighter but I fought and beat better fighter than this guy [Slobodan],” said the son of Filipino boxing legend Rolando Navarette.

“I am positive I will take him out before the third round.”

Though cross training is still hard to come by, “The Incredible” is ready to clash with the Serb, especially when earlier he said that all he wants for Christmas is to return into the winning column.

“For the cross training, it is still difficult especially in BJJ. The higher belts are still afraid to roll due to fear in COVID,” expressed the 30-year-old adopted son of Cavite.

“My fight preparations are finishing up and I feel a little bit tired. But I know, once I recover, I will be in best shape. I am very excited.”

Regardless, Dy hopes to improve his 14-10 record after the night and take home a gift for his family and Filipino fans.