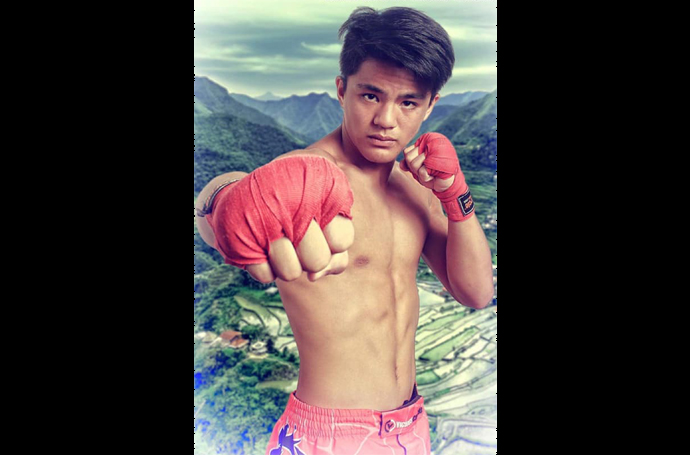 Team Lakay head coach Mark Sangiao will be coaching his son for the first time as Jhanlo makes his promotional debut at ONE: Winter Warriors II on Dec. 17 in Singapore.

The legendary coach of the Baguio-based stable never expected to see Jhanlo step inside the Circle and take up mix martial arts just like he did.

But such might really be what fate intended for someone like Jhanlo Mark, who wasn’t just born but also raised with Igorot champions as he was exposed from a young age to top-caliber talents inside the Team Lakay Central Gym in Benguet.

Coach Mark couldn’t help but feel emotional as he juggles his role of being a caring father and a stern coach to his son.

“This will be the first time that I’m going to coach my son,” he said in Team Lakay’s recent media availability.

The younger Sangiao steps up to face Paul “The Great King” Lumihi of Indonesia for a bantamweight showdown.

Though coach Mark is not new to watching his young fighters fight inside the circle, raising ONE Strawweight World Champion Joshua Pacio, top fighter Danny Kingad, rising stars Lito Adiwang, Jenelyn Olsim, and Stephen Loman, cornering for Jhanlo is a in a whole new level.

“Although I consider our athletes as like our own children, it’s really different when it’s your own blood,” said coach Sangiao.

“If it’s just up to me, I will treat him the same as our other athletes. But we don’t know what will happen and like I said, that will be the first time that I will experience that. So I think we could only wait for fight night before we can see how different I could really be when I’m just barking orders for him as a coach on the side.”

Still, the elder Sangiao is confident that Jhanlo Mark is ready to take on the challenge despite the huge wall standing in front of him.

Just like his father, Jhanlo will be sporting ‘The Machine’ for his moniker, continuing the legacy his coach Mark started years ago.

“Now that he’s old enough, he could already have the name of ‘The Machine’,” coach Mark proudly said.

“That name was given to me when I was still an athlete because when I was starting, I didn’t stop until there was a clear winner. So to me, the fans can only expect that the fruit is better than the tree.”