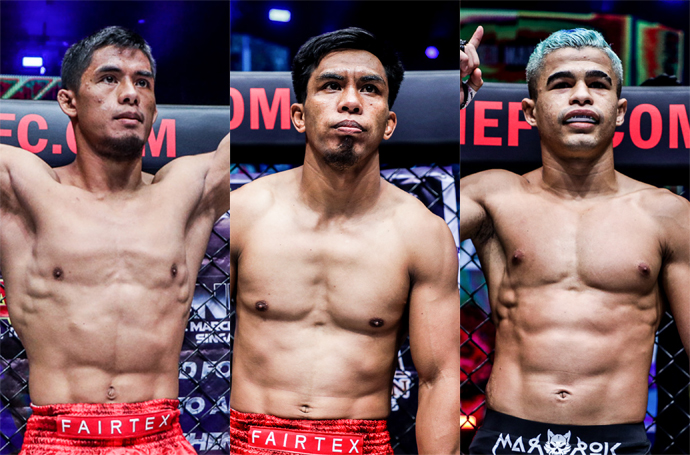 Kevin Belingon confident Stephen Loman would beat Fabricio Andrade after the Wonder Boy made it clear to Team Lakay head coach Mark Sangiao that he wants to meet The Sniper inside the ONE Circle.

Moments after his huge first round win over Kwon Won Il, Andrade approached Sangiao about facing the surging Filipino and if he ever became the ONE Bantamweight World Champion, then his first defense would be against Loman.

Former ONE Bantamweight World Champion Kevin Belingon likes the idea of seeing Andrade and Loman duking it out inside the circle.

Belingon said the 24-year-old better be prepared for the beating of his life since Loman, isn’t betting anything on the judges.

“I think Stephen can submit him or knock him out. His striking is different. If they face, I think he’ll either knock him or submit him,” boldly announced Belingon.

Loman has already proven his capabilities under the Singapore-based banner, knocking out third rank Yusup Saadulaev in the first round of his debut last year and going the long run against Japan’s Shoko Sato.

The no. 4-ranked fighter only knows one way – going up.

The former ONE Bantamweight World Champion, though, understands why Andrade’s been wanting a match with Loman.

“Maybe Andrade just wanted to prove that he’s the best. He says a lot of things but he’s proving it in the Circle. He’s walking the walk,” commented Belingon.

“We’ve seen his previous fights, he really performed to the highest level. His timing is impeccable. He’s a great fighter.”

While he has high expectation of Andrade, he is also fully aware of what Loman is capable of.

“I think Stephen is more complete, he can take you down and control and he has power and timing. So, if that happens, for me I think Stephen can take him on,” said Belingon.