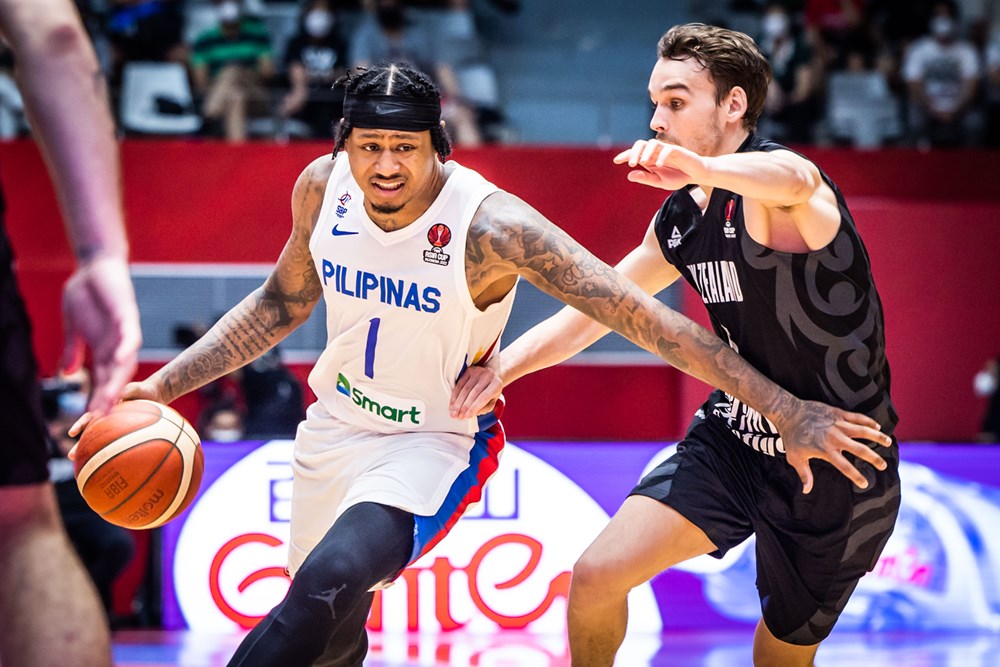 Gilas Pilipinas still couldn’t get one against the taller and bigger New Zealand, suffering a 92-75 loss to their former tormentor on Sunday night, July 17, in the knockout stage of the FIBA Asia Cup Qualifiers in Jakarta, Indonesia.

The Tall Blacks imposed their size advantage to the hilt, pulling off a 61-28 rebounding edge to end their initial round campaign with a 2-1 (win-loss) card.

Gilas finished the initial round with one win and two losses, good enough to advance to the knockout quarterfinal playoffs opposite Japan. The Gilas-Japan match will be on Tuesday, July 19.

New Zealand, a team with an average height of 6-foot-6, started the game by sinking four straight free throws to race to a 4-0 lead. It was a convincing win for the Tall Blacks that they didn’t allow the Filipinos to have a taste of the lead in the entire match.

New Zealand drubbed Gilas twice in the FIBA World Cup Asian Qualifiers twice with the last one to the tune of a 106-60 beatdown in Auckland last June 30.

Though they ended up bowing again to New Zealand again, the Filipinos put up a decent fight in this one.

After trailing by 14 after the first quarter, Gilas, behind the torrid scoring of Kiefer Ravena, fought back in the second period and trimmed the deficit to a manageable 38-46 at the half.

The Tall Blacks made three triples in the third and their hot-shooting allowed them to restore a double-digit spread, 67-52, entering the final canto.

Ray Parks started the fourth with a three-point play and New Zealand went on a mini drought when it was held scoreless for more than two minutes early in the fourth.

Gilas, however, couldn’t capitalize on New Zealand’s series of empty possessions as it also failed to score after Park’s three-point lay.

Tohi Smith-Milner ended the Tall Blacks’ slump with a conversion in the 7:57 mark, giving his squad a 69-55 lead.

Gilas was still within 72-84 with 2:46 left but Milner and Takiula Farehnsohn hit back-to-back triples that gave the Tall Blacks a comfortable 90-72 lead inside the final two-minute zone.

Point guard Flynn Cameron finished with 18 points to lead New Zealand, which went 11 out of 31 from the three-point distance.

The Tall Blacks also had a field day at the free throw area where they went 15-for-17. They actually made their first 15 free throws before Sam Mennenga bungled two freebies with only 37.7 seconds left in the match.

Gilas had a rough shooting night at the three-point territory, making just six of their 25 attempts.