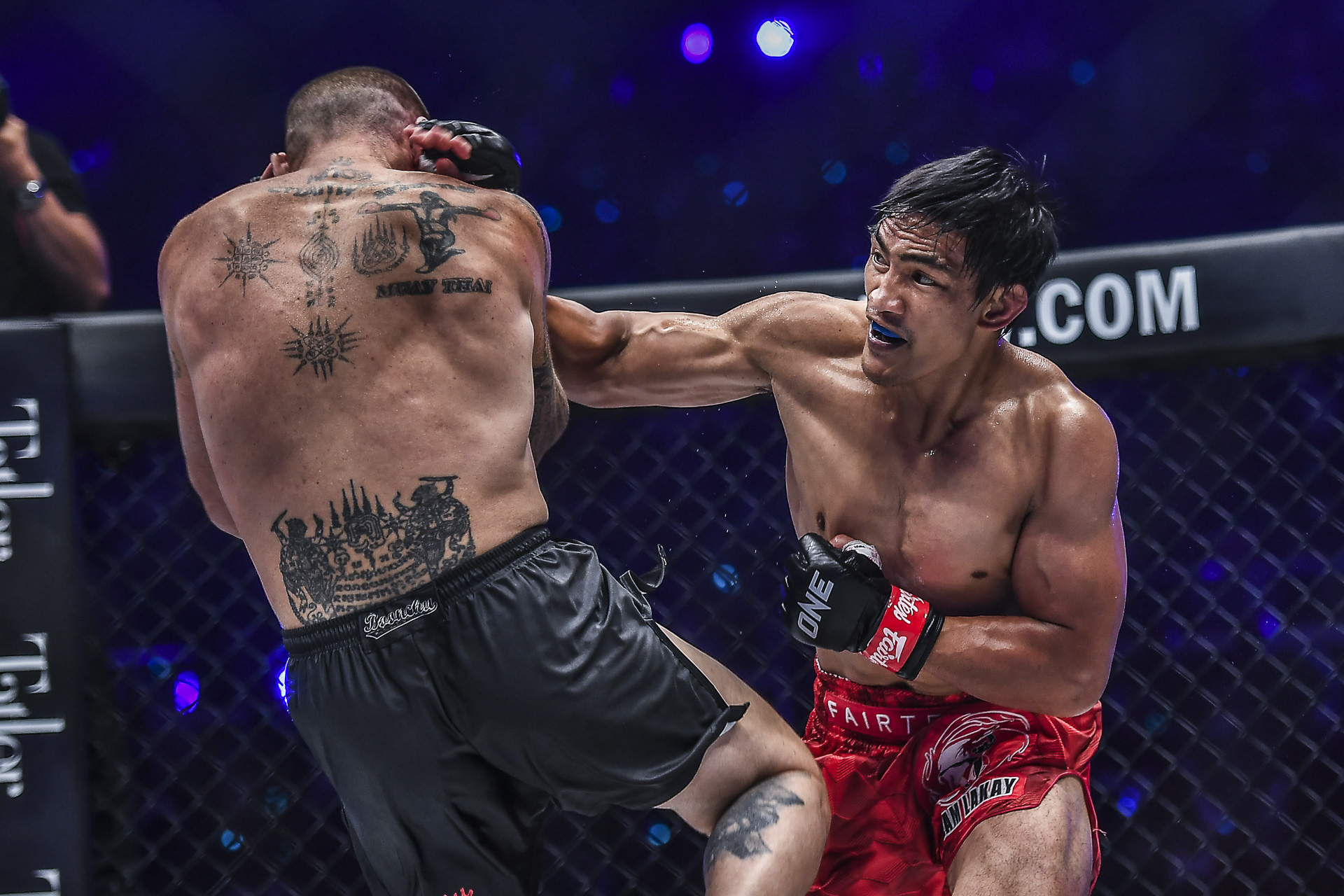 Team Lakay’s Eduard Folayang got a winning start to his Muay Thai career by notching a unanimous decision victory over John Wayne Parr in the Grand Finale of ONE: X, Saturday evening at the Singapore Indoor Stadium.

The pair of legends duke it out in the final bout of the Gunslinger, but it was the Landslide that got the nod of all three judges after a thrilling Super Series contest that went the distance.

Folayang’s accurate striking from his Wushu background was on point, especially when he knocked down Parr in the second round, which turned out to be a pivotal moment of the fight.

Later on, the Gold Coast native unleashed his full power in the final round of his storied career, but the former ONE Lightweight World Champion weathered the storm to get a huge win.

The Baguio native was proud and honored to fight with the Australian legend, who had a stellar kickboxing record of 99 wins (46 by knockout), 34 losses, and a solitary draw over his 30-year career.

“A lot of fighters want to meet him once,” he said to Mitch Chilson as he paid his respects to the Gunslinger.

“Probably he will retire in fighting, but martial arts is his life.”

Although he came up short on his swansong, Parr tried to hold back his emotions after the fight in which he was cheered on by the raucous crowd.

“I’m so sorry that I didn’t get the win,” he said to Michael Schiavello in a heart-rending interview before laying down his gloves in the canvas, signifying the end of his prizefighting career.