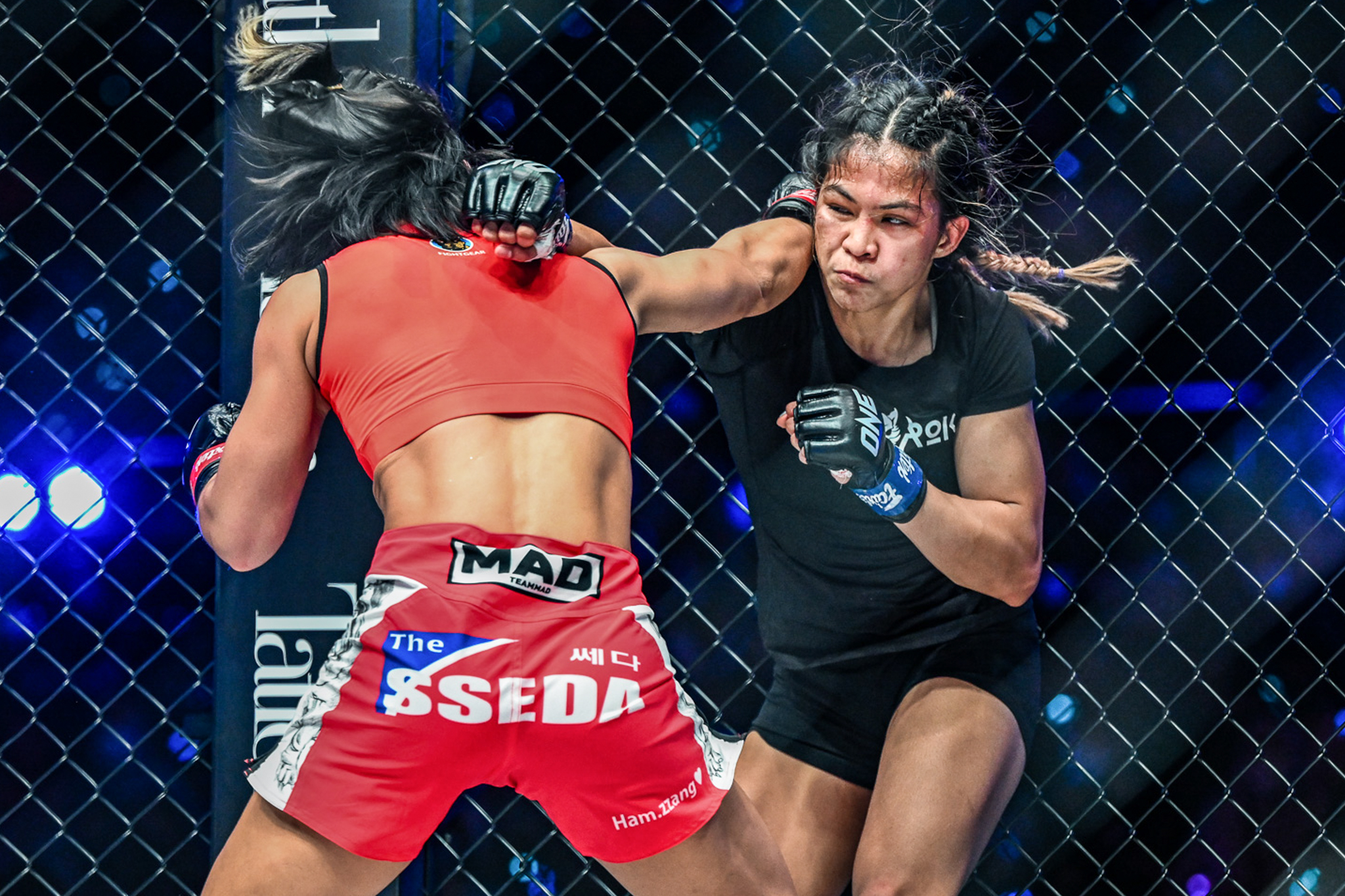 Filipina atomweight star Denice Zamboanga saw her chance of redemption dashed on ONE: X Saturday evening at the Singapore Indoor Stadium, as she dropped a unanimous decision at the hands of Ham Seo Hee.

The South Korean veteran got the nod of all three judges, averting a repeat of their controversial first encounter in the quarterfinal of the Atomweight Grand Prix at ONE: Empower in September last year where she escaped with a split decision.

It was a fitting redemption story for the former UFC fighter, as she admitted that she was affected by the criticisms stemming from her first encounter with Zamboanga.

“After our first bout, I didn’t feel good also. Even though I won, I was criticized a lot,” she said to Mitch Chilson in the post-match interview.

After she barely made weight the midnight before, Ham was unfazed by the early clash of heads as she caught the Lycan Queen by surprise by going into the ground game for the rest of the fight.

It was not even part of Ham’s game plan, but eventually, she wanted to prove to everyone that she had a complete fighting package.

“Deep inside me, I wanted to show to the people and prove them that I’m a well rounded athlete.”

Ham notched her second win in as many bouts in ONE Championship and won her eighth straight fight overall to improve her MMA record to 25-8.