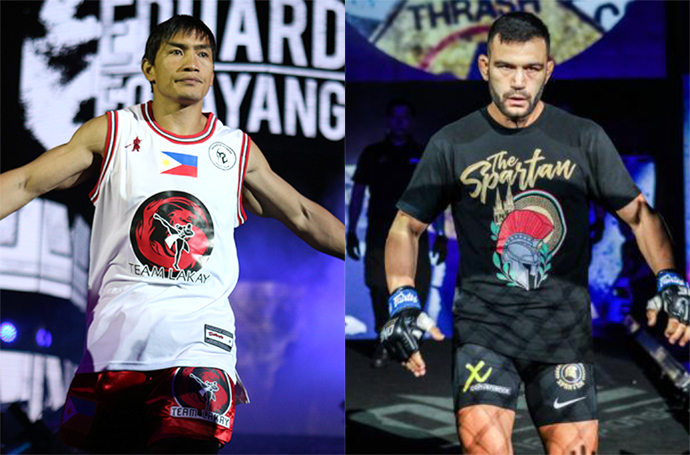 Former two-time world champion Eduard Folayang is set to face Australian Antonio Caruso in a lightweight bout on the undercard of ONE Championship’s Inside the Matrix. Both fighters attended the Virtual Media Day on Friday afternoon.

Already setting their sights on their October 30 bout in Singapore, they are also looking to make a mark in one of the promotion’s loaded weight class, wherein they will serve as a direct side show to one of the co-main events.

A win for either of them will get them closer to the direct access to the belt held by Christian Lee, who will defend it against Moldova’s Iuri Lapicus in the other lightweight contest of the night.

For the Australian, facing the biggest name in Pinoy mixed martial arts is an honor in itself, as he wanted to emulate the legendary fighter of Team Lakay who like himself, lost their most recent outing to third-ranked Pieter Buist in contrasting decisions.

“That’s exactly what I wanna do. To do that you got to beat a legend and I’m coming in the 30th to become the legend just like he is and make way for a new challenger in the lightweight division. “

For the former two-time champion, even though they both share their most recent opponent, the similarities will end there when they face off in the circle where anything is possible.

“Yeah, everyone of us prepared well for this fight so anything can happen,” said the 36 year-old who was on the wrong end of a split decision to the Archangel at Fire and Fury last January, with Buist came to stun MOA Arena on two weeks notice.

Both athletes took separate ways in preparing for the mental side of the things, with Caruso being more straightforward.

“Just training. It’s a job,” he then said. “We’re just in the gym training and that’s the best preparation for us.”

With their gaming side already being revealed to much fanfare, Folayang has not been given restrictions but being a professional that he is, knows what he should do.

“Wala namang restrictions, there are no restrictions given by our coach. It’s up to us, we’re already at that age where we know what we’re doing,” he confessed.

Antonio “The Spartan” Caruso, Christian ‘The Warrior’ Lee, Eduard “Landslide” Folayang, ONE Championship™ (ONE), ONE: Inside the Matrix