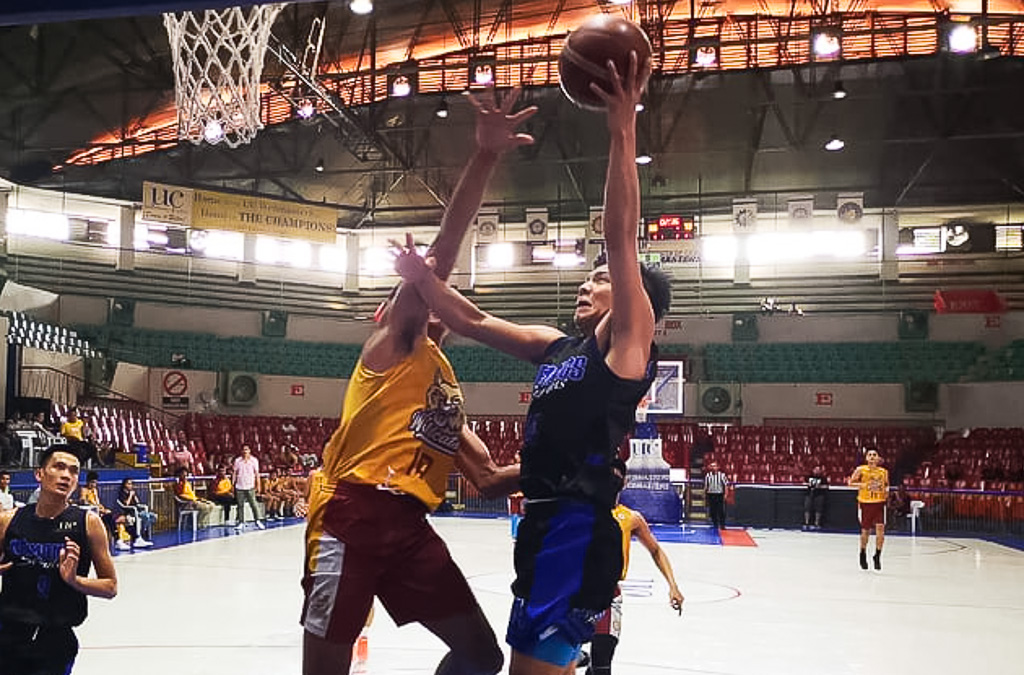 CEBU CITY–The University of the Visayas (UV) Green Lancers inched closer to sweeping the double-round elimination phase with a 93-89 beating of the University of San Jose-Recoletos (USJ-R) Jaguars last Saturday, July 20, in the college division of 2019 Cesafi Partner’s Cup at the Cebu Coliseum.

The Green Lancers improved to 10-0 (win-loss), needing just one win in their  remaining two games to secure the number one seeding and a crucial twice-to-beat bonus in the semifinals.

Lass Coulibally carried UV on his shoulders by piling up 22 points. Gileant Delator and Jiesel Tarrosa pitched in 16 and 14 points, respectively.

Elmer Echavez topped the Jaguars with 15 markers, while Carl Cabulao and Arnold Azangue donated 13 each. Miguel Gastador added 11 for the Jaguars, who dropped to 3-8 (win-loss).

In the other game, the Southwestern University (SWU)-Phinma Cobras solidified their hold of the second spot by tallying a close 72-69 victory over the University of Southern Philippines Foundation (USPF) Panthers.

Senegalese student-athlete Lamine Thiam was unstoppable as he chalked up 26 points to lead the Cobras’ eighth win in 10 games.

The Panthers, who fell to 3-7, were led by Sameen Swint with  25 points while Graggy Sarahina and Neon Chavez had 10 apiece.

Also winning in the college division were the University of Cebu (UC) Webmasters, who manhandled the Cebu Institute of Technology-University (CIT-U) Wildcats, 87-65.

The win allowed UC to stay close with SWU as it improved to 7-3.

The top two seeds in the Final Four will be twice-to-beat against their lower-ranked foes.

Tosh Sesay showed the way for the Webmasters with 19 points.

Jesse Aloro netted 20 points for CIT-U, which tasted its ninth defeat in 10 games.