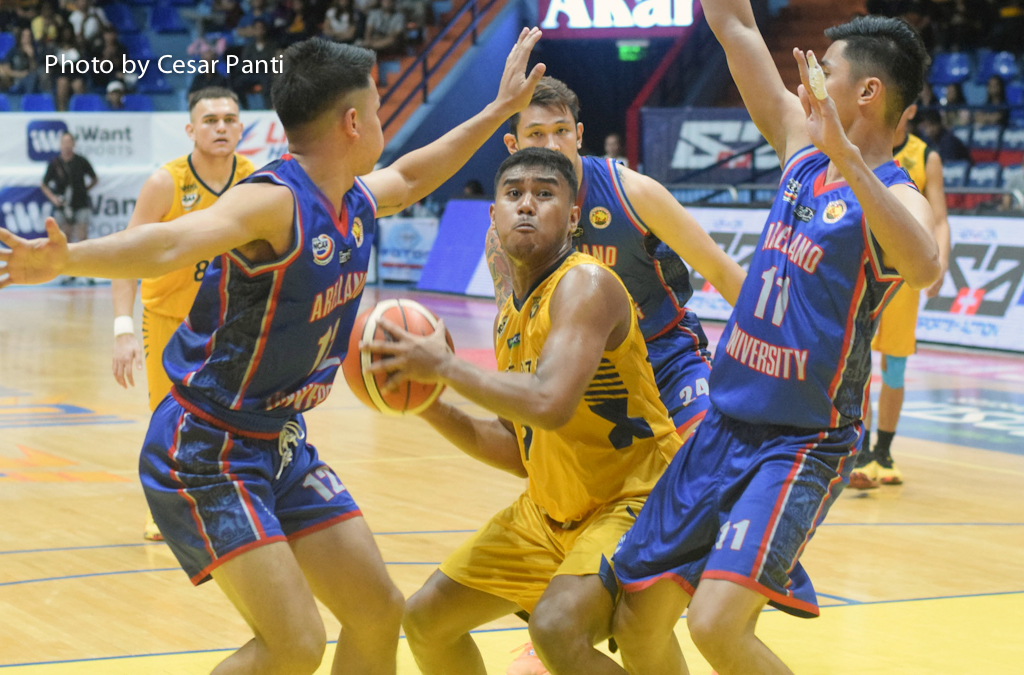 Agem Miranda was the one who delivered for JRU. He overcame a last-minute cramp and shot a triple from the corner with 1.7 ticks left in the game, giving them a three-point advantage that made all the difference.

It was a tough match for JRU to begin with, facing an 8-22 deficit in the first quarter. However they managed to slowly climb their way and inched within three at the half, 34-37.

Miranda led the squad to keep in close range with Arellano, along with rookies Stefan Steinl and John Amores who made crucial baskets in the match until the buzzer.

Miranda had his career-high 26 points and five rebounds. Meanwhile, rookies Steinl and Amores followed with 14 points and eight boards, and 11 markers, respectively.

“I have to give it to my players. Sila rin naman ang kumuha ng panalo,” coach Gonzalez added as the Heavy Bombers are now at a 1-3 win-loss record.

On the other hand, Rence Alcoriza finished with 21 points and Kent Salado had 16 markers, six dimes, five boards, and two steals in the losing effort.