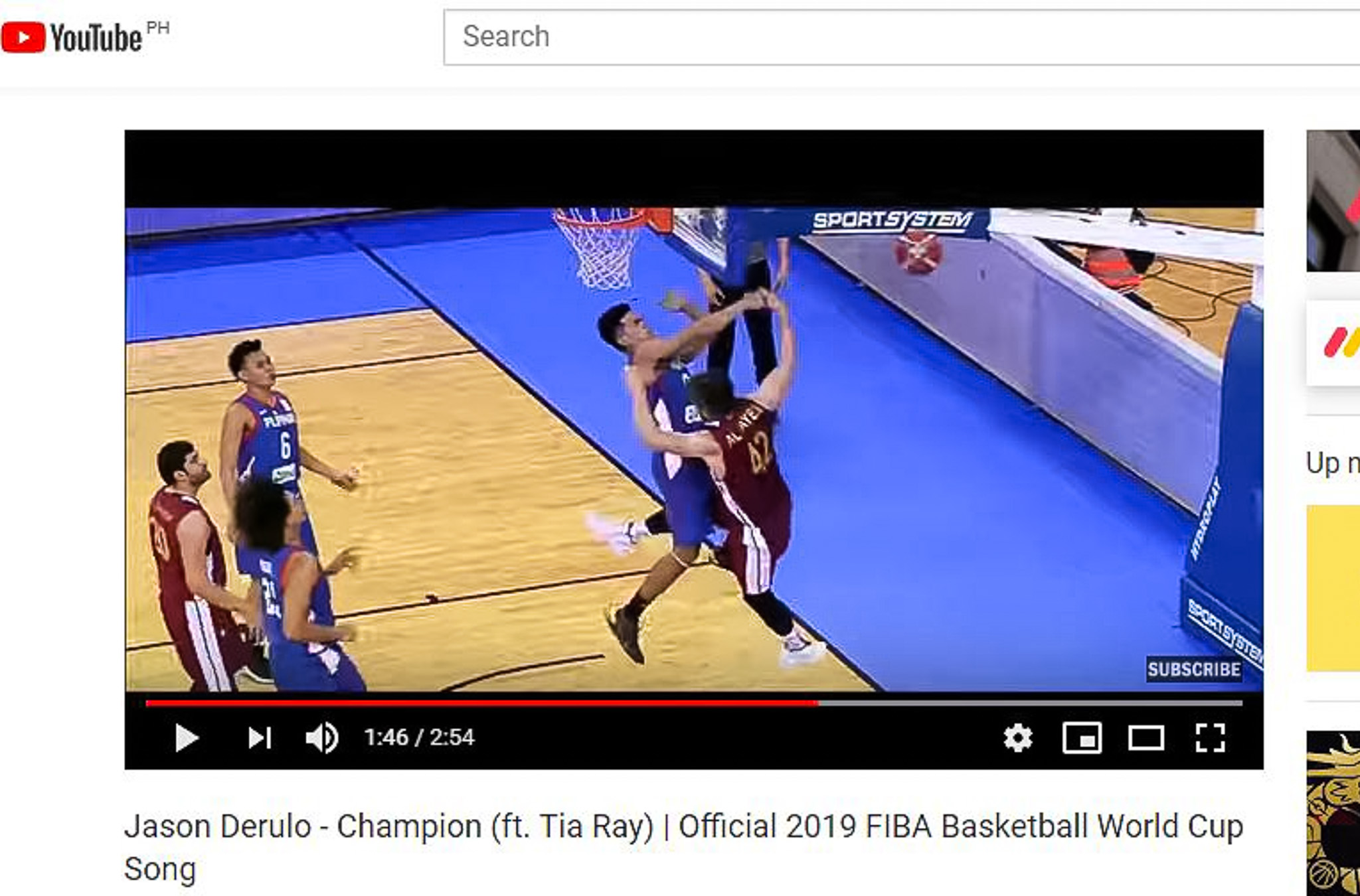 The defensive block by high leaping Ravena can be seen at 1:46 of the video. Naturalized big-man Andray Blatche is also visible at 0.20 seconds of this video.

Jason Derulo, global multi-platinum recording artist, along with China’s soul queen Tia Ray joined forces to create “Champion” as the official song for the upcoming FIBA Basketball World Cup 2019, that will commence in China at the end of this month.

The official song is a celebration of champions across the world, representing unity amongst basketball players and fans alike across cultures and continents and is a true convergence of East meets West.

The 18th edition of the FIBA Basketball World Cup will showcase the world’s top players from the 32 best national teams. These teams will battle it out to become champions across eight different cities in China from August 31 to September 15.

To celebrate this unique occasion, FIBA brought together two world-class artists, Jason Derulo and Tia Ray, to create the first official World Cup anthem, which was released last month. The newly released music video provides basketball fans and music fans with a taste of what is to come in China.