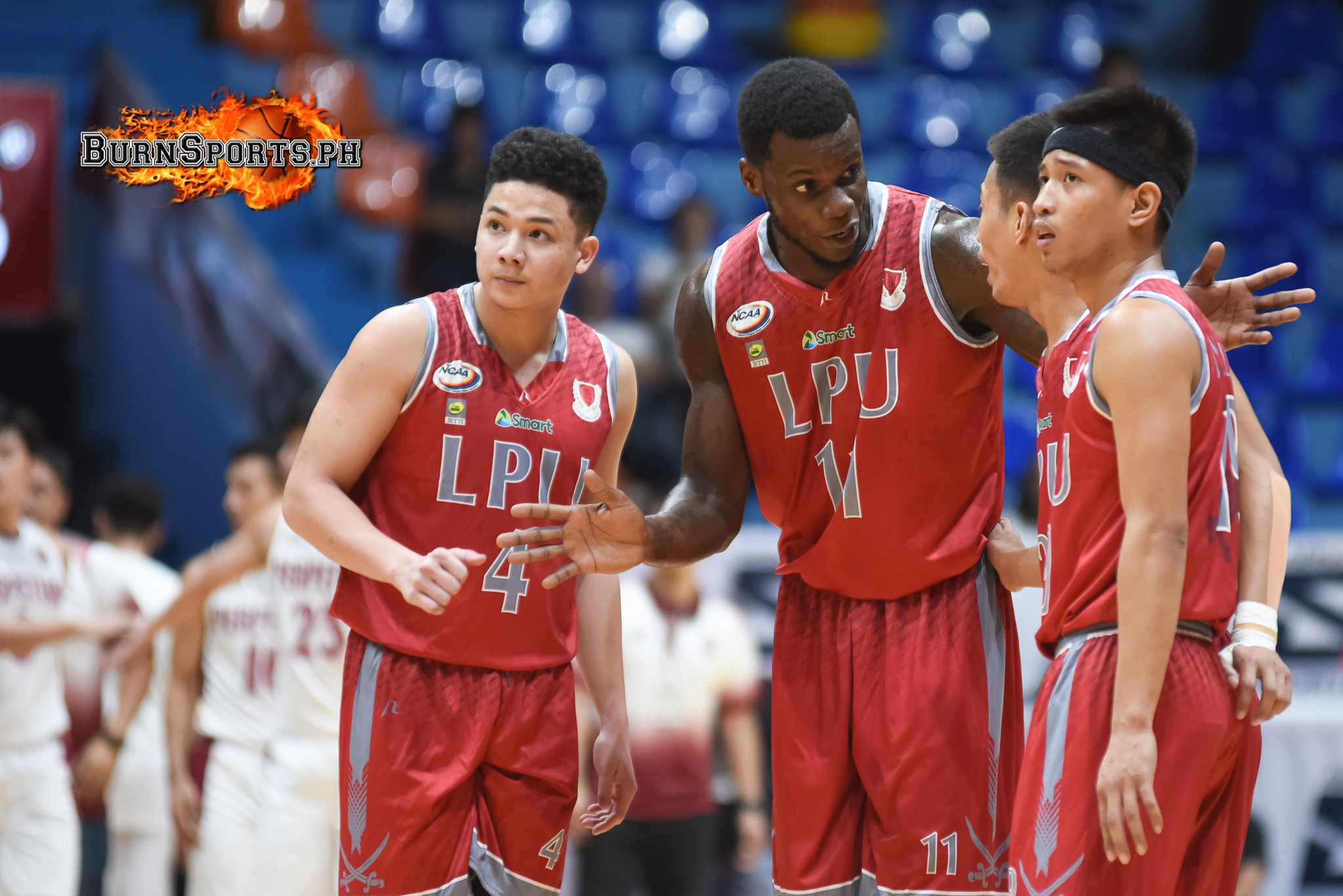 MANILA, Philippines – Lyceum of the Philippines University almost bowed down to the gritty University of Perpetual Help, until big man Mike Nzeusseu came to the rescue and served the winning layup for an 87-85 victory, Thursday in the NCAA Season 95 men’s basketball tournament at the Perpetual Gym in Las Pinas.

With 0.9 seconds left in the game, Jayson David found the Cameroon at the right place, who then put in the bucket for the win.

“Jayson could have easily taken the shot and [had] been the hero, but that’s what’s special about this team – everybody’s just trying to make everybody look good,” Lyceum head coach Topex Robinson said after the game.

The Pirates had a 13-point advantage coming into the fourth quarter, but Altas, with their home crowd cheering, came close. Two minutes left in the game, Jeff Egan shot the basket that tied it at 85-all.

After Nzeusseu’s big shot, Edgar Charcos tried to put in a jumper but fell short after Jayvee Marcelino blocked him.

“We have to give credit to Perps for showing school pride with the way they played. At the end of the day, it was a really nice game,” Robinson added.

Jaycee Marcelino added another 14 points, along with seven rebounds, and four dimes as the Pirates improved to a 5-1 win-loss record.

On the other hand, Charcos topped Perpetual with 16 points and six assists, while Ben Adamos finished with 15 markers and six boards.

Jielo Razon flirted with a double-double of 13 points and eight rebounds, on top of five assists and two steals as Altas dropped to a 2-4 slate.