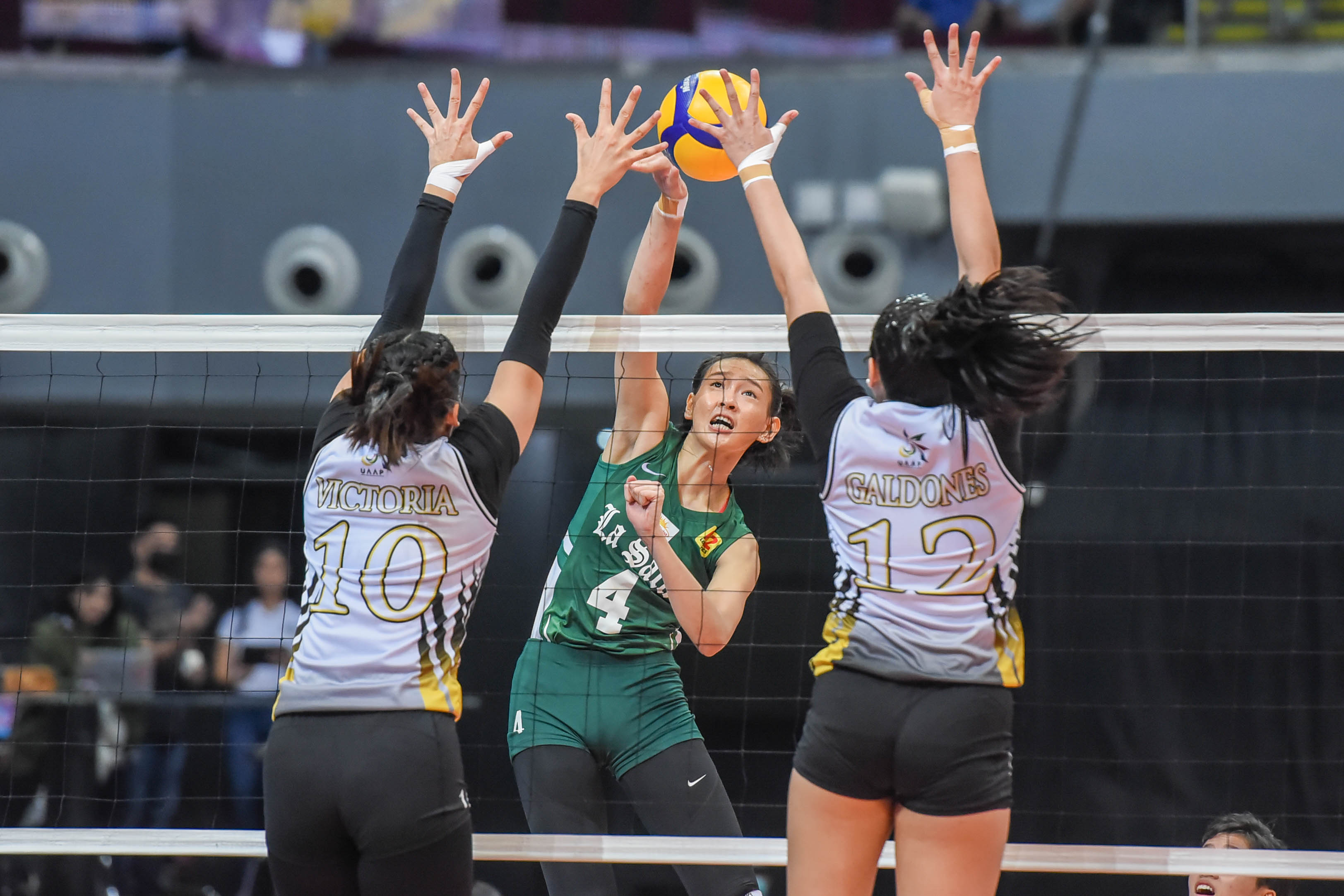 The De La Salle University Lady Spikers outlasted the University of Sto. Tomas Lady Tigresses in a four-set victory, 25-23, 25-17, 22-25, 25-8, in the UAAP Season 84 women’s vollegball, Thursday at the Mall of Asia Arena in Pasay City.

The last time La Salle won against UST was back in Season 81, the same season when the tandem of Sisi Rondina and Eya Laure ousted the Lady Spikers in the semifinals.

Leila Cruz had her breakout game for the Lady Spikers, leading La Salle with 15 points. All other spikers were also in double-digits, with Fifi Sharma and Thea Gagate having 13 apiece, and Aleiah Malaluan and Jolina dela Cruz chipping in 10 and 11 markers, respectively.

After taking a 2-0 lead in the match, momentum seemed to have stayed with La Salle as they built a 17-12 lead in the third set.

However, series of unforced errors from the Lady Spikers provided an opportunity for UST to make a run of their own. The Lady Tigresses were suddenly leading in the third, 20-18.

La Salle quickly responded with a counter-run, 22-21, but Imee Hernandez and Ypril Tapia joined forces to complete the comeback for UST and extend the match.

It was all La Salle in the fourth frame as they held down UST in a single-digit score, 25-8.

Eya Laure tallied her lowest scoring output in the UAAP in recent memory after finishing only with eight attack points out of 60 attempts.