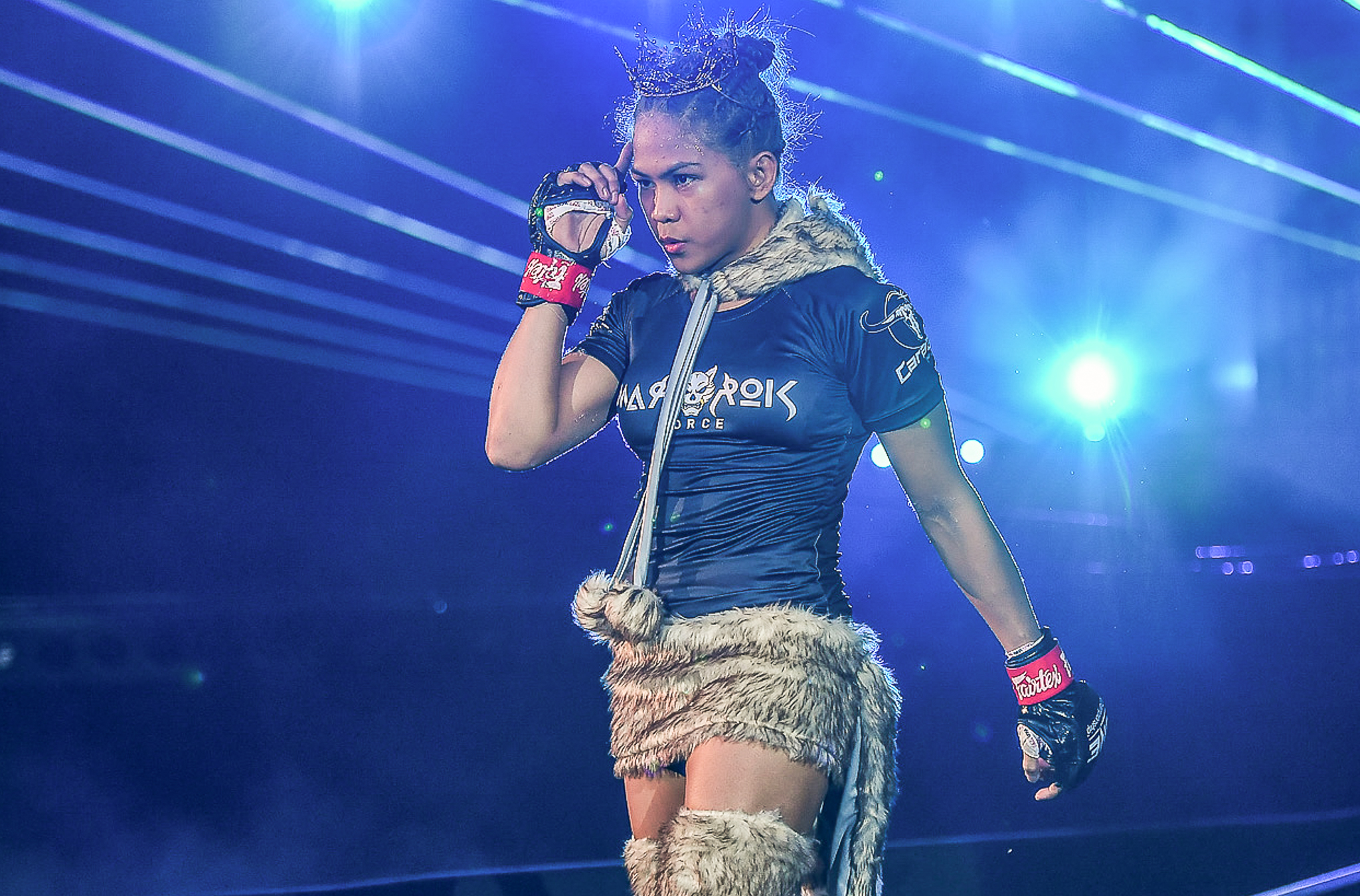 It was Zamboanga’s first loss after nine showings in the Circle and it robbed her a chance to move in the historic tournament.

That’s why one can’t fault Zamboanga as her goal of contending the division queen Angela Lee became distant again.

“For me, I clearly won the fight,” an emotional Zamboanga said in the post-event press conference. “It’s hard for me to accept the result of this fight. I’m really disappointed.”

Indeed, the Filipina athlete showed one of her best performances versus the veteran Ham.

Zamboanga crafted the perfect gameplan against Ham, picking her spots in daring her lethal Korean foe to a striking bout all the while trying to turn the bout into a grappling affair

“I had control for most of the match. I was able to keep up with her striking and was able to negate her power,” said the 24-year-old.

Despite the accidental headbutt which opened a gash above Zamboanga’s right eye, she remained aggressive scoring a huge takedown midway through round three.

Ham managed to score with her striking, including a big straight left near the end of the second round but Zamboanga’s calculated approaches proved to be working against the South Korean.

Yet, two judges gave their nod to the Korean fighter leaving “Lycan Queen” broken hearted after the night.

“I hope that they can review our match because I clearly won that fight,” said the defiant warrior.

Nonetheless Ham will move on to the semi-finals together with Itsuki Hirata of Japan, Ritu Phogat of India, and Thailand’s Stamp Fairtex to which the final victor will get to book a date with Lee for the belt.

Meanwhile, Zamboanga is keen to redeeming herself from her first loss that she’s quick to respond a yes when asked if she’ll consider another go-round with Ham.

“If I could do it again, I know that I should finish her from the first round and try to submit her. I should not put the results at the hands of the judges,” said Zamboanga, who for her, has no time to ponder on her loss.

“I’ll be back in the circle tomorrow,” she added.