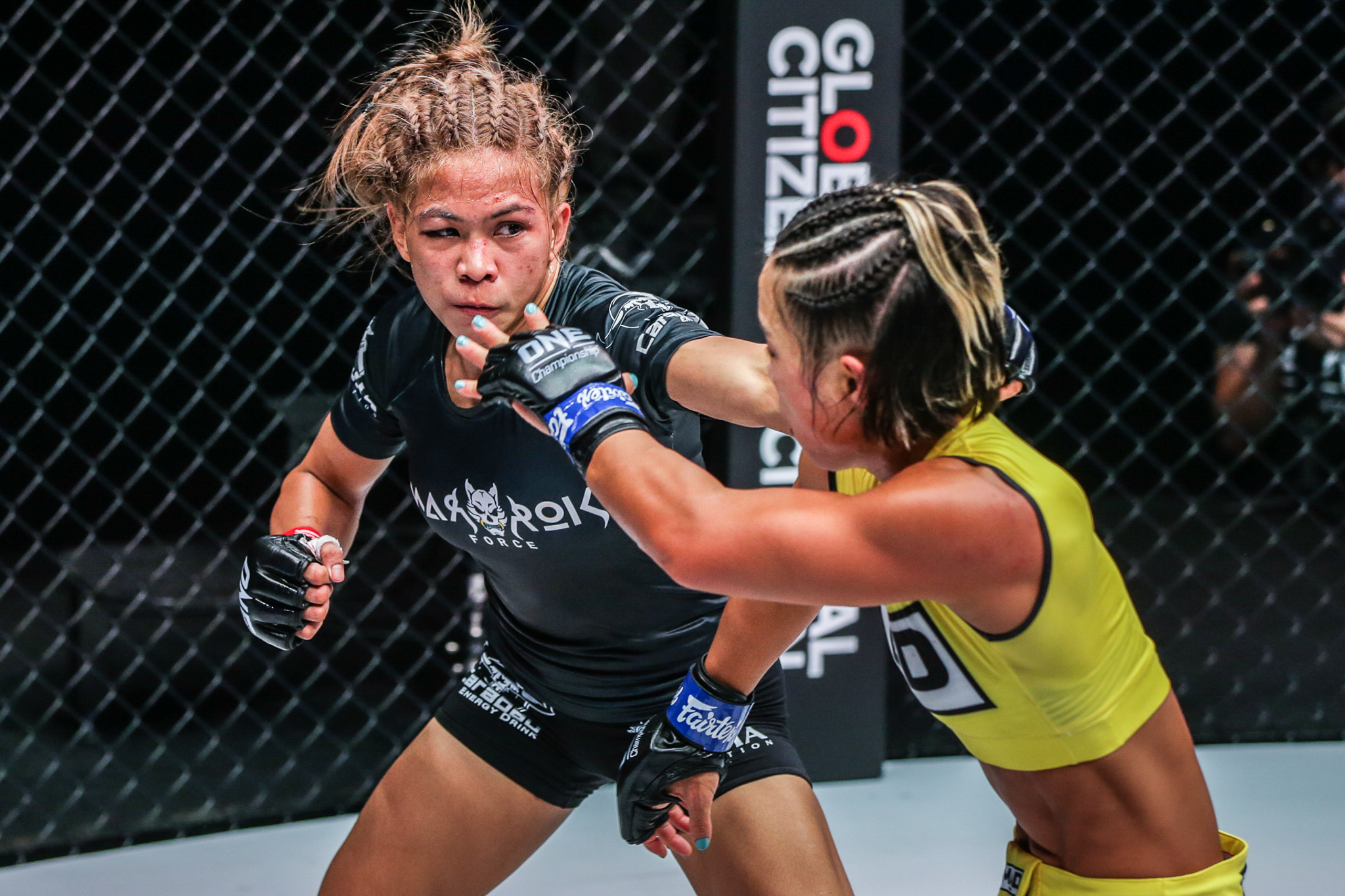 The South Korean debutant secured a close split decision to eliminate the top-seeded Filipina in the fight that could have gone either way.

It was a tactical battle in the first two rounds, with Zamboanga’s grappling countering the punching power of Ham.

The bout was halted momentarily with 2:15 left in the final round, with Zamboanga got a cut to the forehead after an accidental clash.

When the action resumed, Zamboanga continued her ground game until the final bell, hoping to extend her unbeaten 8-0 record in the pro ranks.

Instead, the judges saw it the other way that condemned the number 1-ranked atomweight contender to her first career defeat.

The loss was a bitter pill to swallow for the Lycan Queen, as she insisted that she won the fight.

“I don’t know what to say. I’m so speechless right now. For me, I clearly won the fight unanimously,” said Zamboanga in the post-fight press conference.

“Even I review my fight, she didn’t do anything. I have the control, I even take her striking. I still can’t believe it.”

It was a bitter pill to swallow for the Quezon City native as she was still waiting for that elusive shot for the belt against titleholder Angela Lee.

Denice “The Menace” Zamboanga, ONE Championship™ (ONE), ONE: EMPOWER, Seo Hee Ham