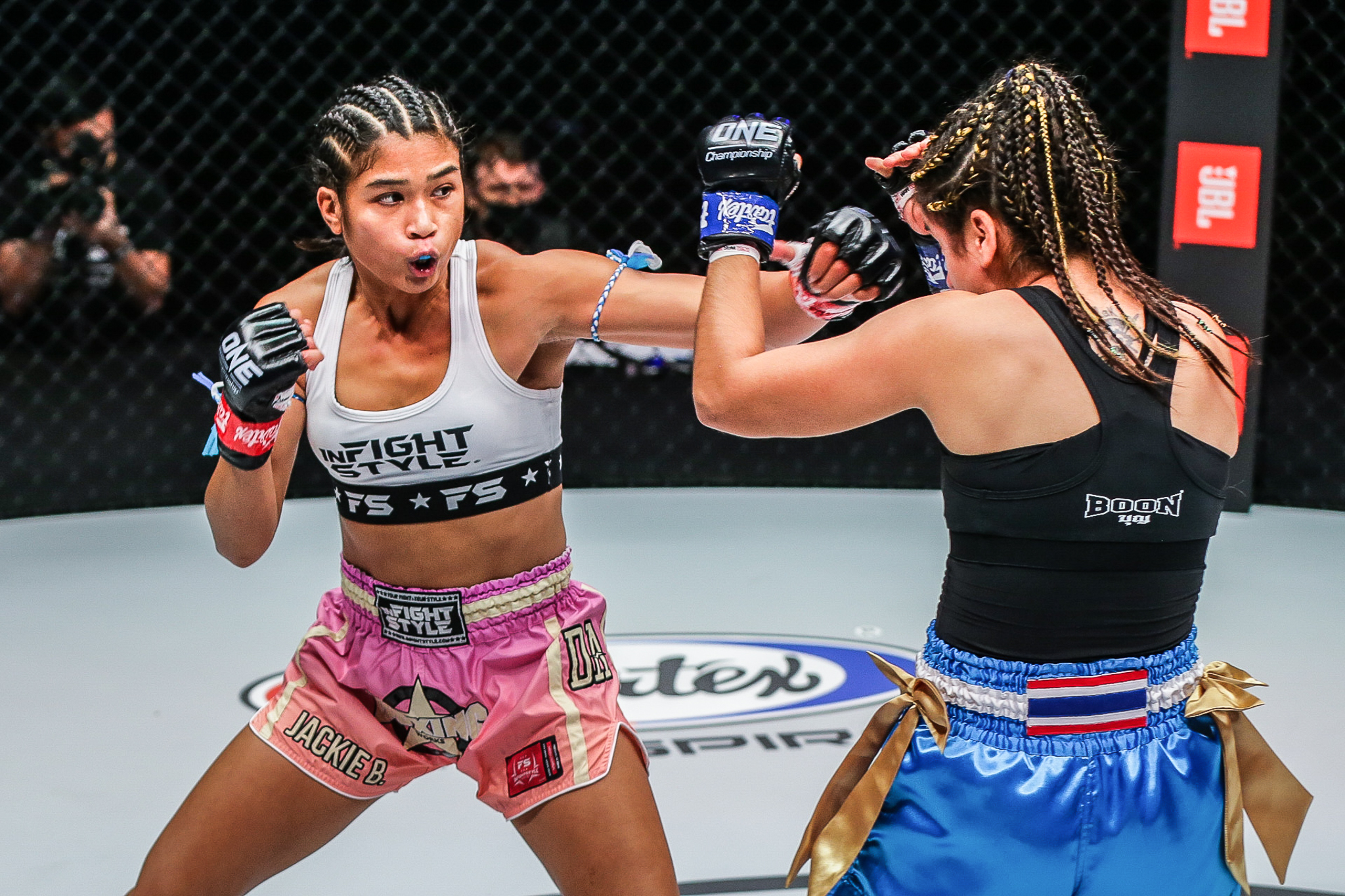 Fil-Am strawweight Jackie Buntan puts up another dominating display of Muay Thai to defeat Daniela Lopez via unanimous decision at the historic ONE: Empower Friday in Singapore.

In the second and final bout of the lead card, the 24-year old took the Argentine debutant to a punching masterclass to get the nod of all three judges.

“It felt amazing to put on another performance like that,” a relieved Buntan remarked in the post-fight conference, where she inched closer for a shot at the vacant ONE world title.

“I wasn’t too happy with my last performance here at ONE, so I was just definitely happy with this one,” she then said, referring to her close shave against Ekaterina Vandaryeva at ONE on TNT IV last April.

Buntan set the tone for the fight in the very first round, where she nearly knocked down Lopez with a right straight-left hook combination.

Since then, it was one-way traffic for the Boxing Works athlete, in which she even sneaked a spinning right elbow to Lopez in the dying seconds.

Buntan later dedicated the fight to the late Muay Thai legend Sangtiennoi Sor Rungroj, as she has nothing but praises to the former Lumpinee and Rajdamnern champion.

“It goes past fighting, it’s just him as a person,” she said about The Deadly Kisser, who tragically passed away at the age of 54 last May 16.

“He was honestly the sweetest, most down-to-earth person you could ever meet and just always wanted the best for everyone. And that energy carried on throughout the room and everybody in the room.”