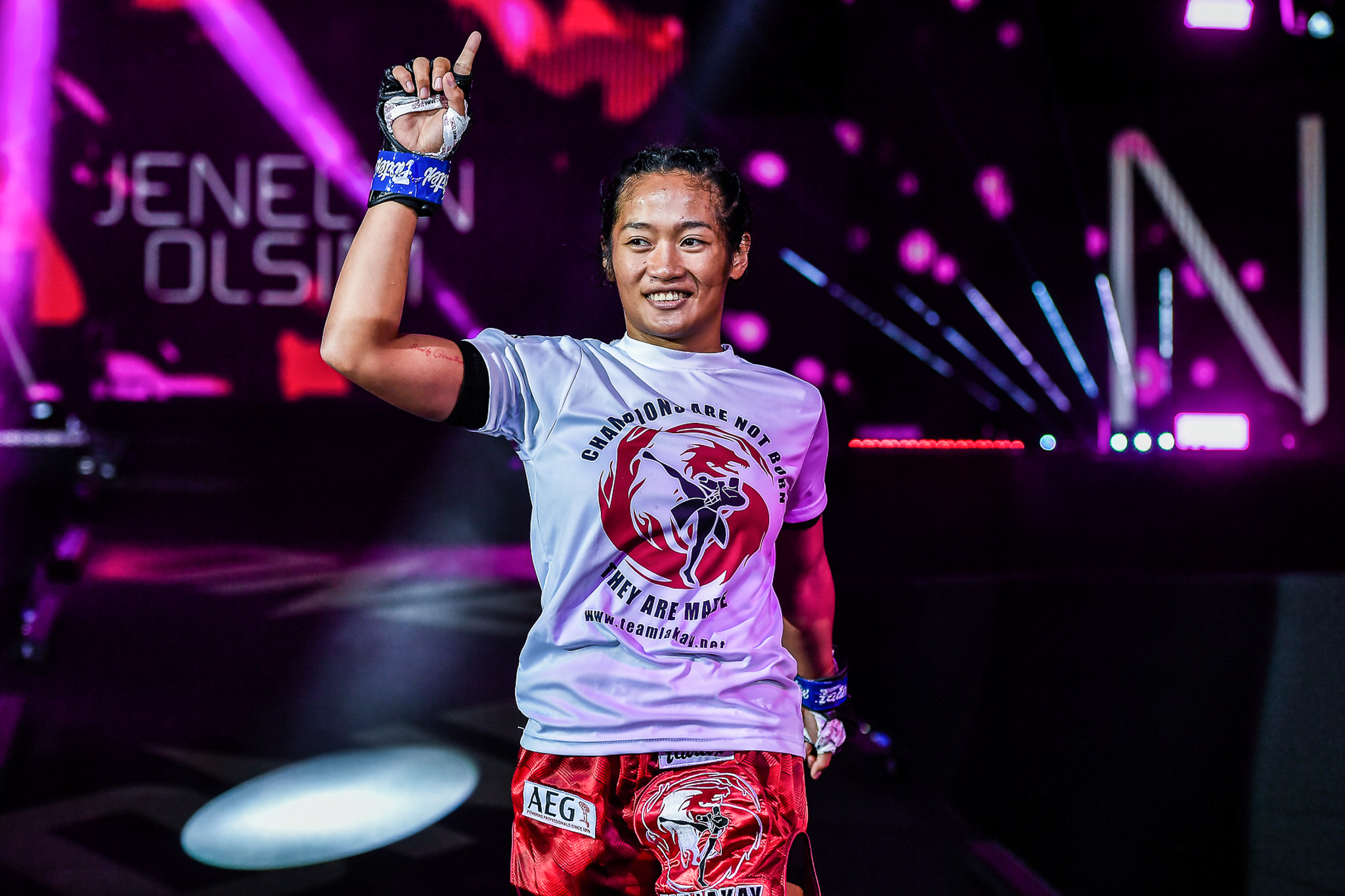 Olsim was supposed to battle alongside Zamboanga and Fil-Am Jackie Buntan in ONE Championship’s historic event but her match got scrapped due to Grace Cleveland’s withdrawal from the fight due to an injury.

“It’s just so sad,” Olsim said. “I, together with my team, were really preparing hard for this match.”

Following her two-fight win streak, “The Graceful” viewed her showdown with Cleveland as a golden opportunity, a chance to truly showcase her capabilities as an atomweight fighter.

Unfortunately, her opponent Cleveland was left with no other option but to pull out of the fight, after complaining of perpetual dizziness, a possible case of vertigo.

Despite their frustration, Olsim and Team Lakay uttered their concern for Cleveland and wished for her speedy recovery.

“The whole team is praying for the fast and complete recovery of Grace Cleveland. Nobody wants to see these things happening, especially if it’s a medical issue. So, we can only pray that she can recover and that’s really the most important thing for us at this time,” said Team Lakay head coach Mark Sangiao.

Olsim continued to wow the Singapore-based promotion with her dominating performances in the strawweight and atomweight division, and the alternate bout could further cement her position.

“Yes, it’s unfortunate because we were all looking forward to this fight and Jenelyn has really been training hard for this. But we fully understand the situation and all we’re after is everyone’s health and well-being,” said Sangiao.

Yet, Olsim said that she’s staying positive despite of what happened and that she’s ready anytime she will be called to step up for a spot in the grand prix.

For the meantime, Olsim and the whole Baguio based stable show their support to Zamboanga who will be facing South Korean veteran Seo Hee Ham in the quarterfinals round.

“I want to express my support to our kababayan Denice in her upcoming bout. I wish her good luck and more power,” said the soft-spoken 24-year-old.

Critics and fans believe that “Lycan Queen” is the underdog in their fight due to Seo’s huge advantage in experience.

“Denice and Seo Hee Ham are both driven to win the Grand Prix, but I have to side with Denice. I believe that Denice has really prepared so much for this match and I can see that she will do everything just to win this match and the Grand Prix. So as fellow Filipinos, we’re here to support her and looking forward to her next matches,” Sangiao concluded.