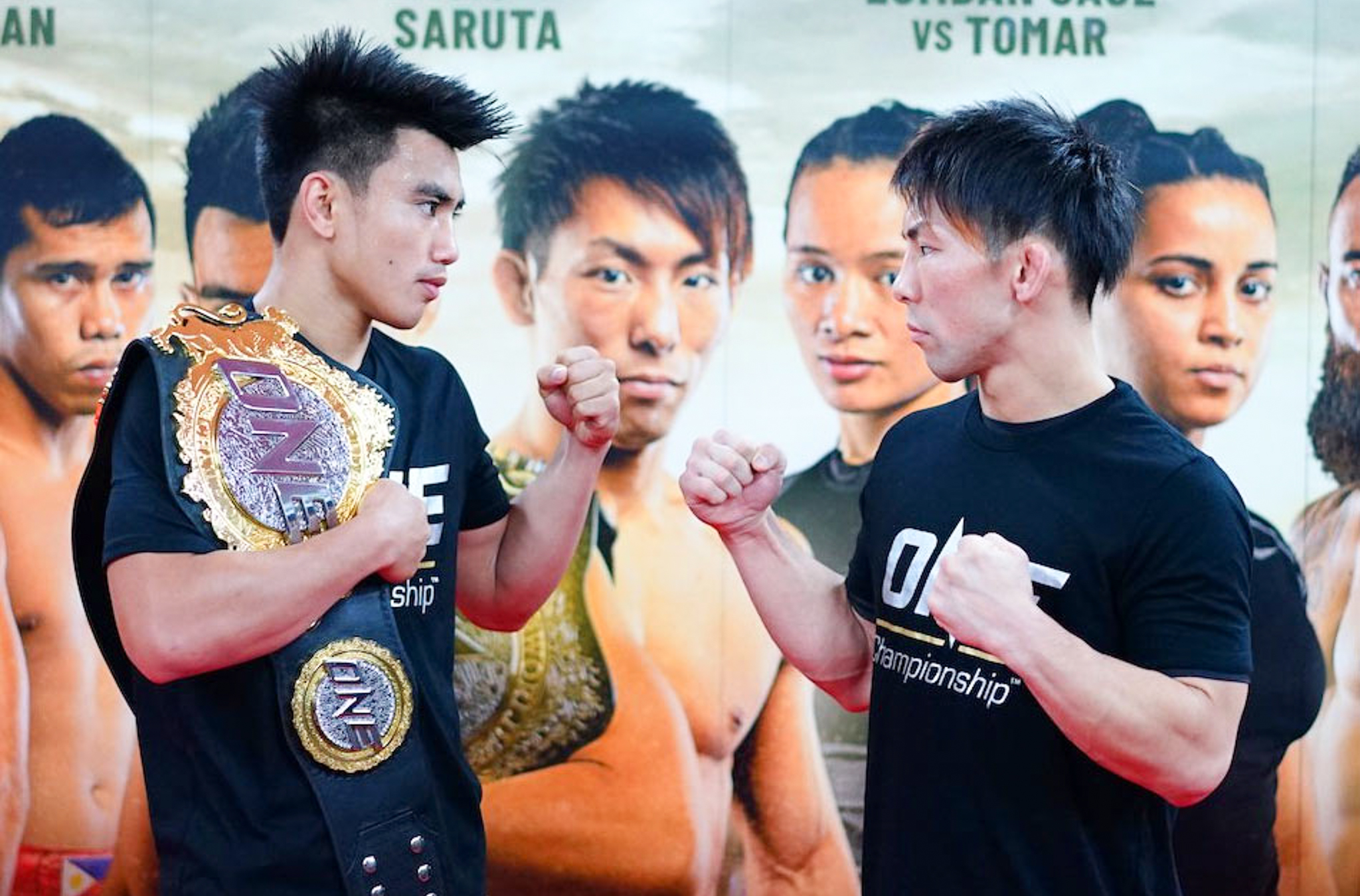 ONE Strawweight World Champion Joshua Pacio returns inside the Circle to finish the business with Japanese archenemy Yosuke “The Ninja” Saruta at ONE: REVOLUTION on Sep 24.

The Team Lakay stalwart gets his long-awaited trilogy against Saruta to prove who really reigns atop the division.

“I’m so fired up to get back inside the ONE Circle. It’s been a year and a half since my last outing and I really miss the feeling of being inside that Circle and defending the belt,” said Pacio who’s been away from the Circle for almost 18 months.

“Adding to my excitement is that my wish was granted, with Saruta topping the contender’s list and he really is deserving to face me again for the third time.”

Saruta sits just below Pacio in the ONE athlete rankings, leading all contender, being at the no. 1 spot.

Saruta and Pacio first met in January of 2019 at ONE: ETERNAL GLORY where Saruta nabbed Pacio’s golden plated strap via split decision.

Pacio quickly objected the results and three months later, he landed a knee to the head of Saruta in the fourth round of ONE: ROOTS OF HONOR to reclaim his belt.

Sitting at one fight a piece Pacio is determined to finish the dispute against the Japanese foe.

And he’s not slowing down.

“We focused on all facets of my game. Remember that our goal is to become a well-rounded athlete, so that covers everything from striking to grappling to wrestling and defense,” said Pacio.

“I’m a more confident Joshua Pacio now and I sure am well more equipped. We’ve exchanged swords twice already and, in those encounters, we’ve gauged each other pretty well.”

True to his moniker, “The Passion” has been sharpening his cage awareness to be more accurate in his attacks, further enhancing his game.

With his last two fights Pacio admitted that a knockout is not necessary but rather following the game plan, focusing on how to execute it and showing one’s capability are the recipe to win a bout.

Yet, coming into the fight Pacio also knows that Saruta has improved his game for the past two years.

“I know that each of us will bring something new to the table and we’re sure to give it our all the moment we enter that circle. So, I expect nothing but fireworks in this third fight,” said Pacio.

“What you’ll see are two great warriors who are willing to risk it all inside the circle. But at the end of the night, only one will come out victorious.”

Nevertheless, the Filipino world champion only want two words to hear after the night – “And still.”