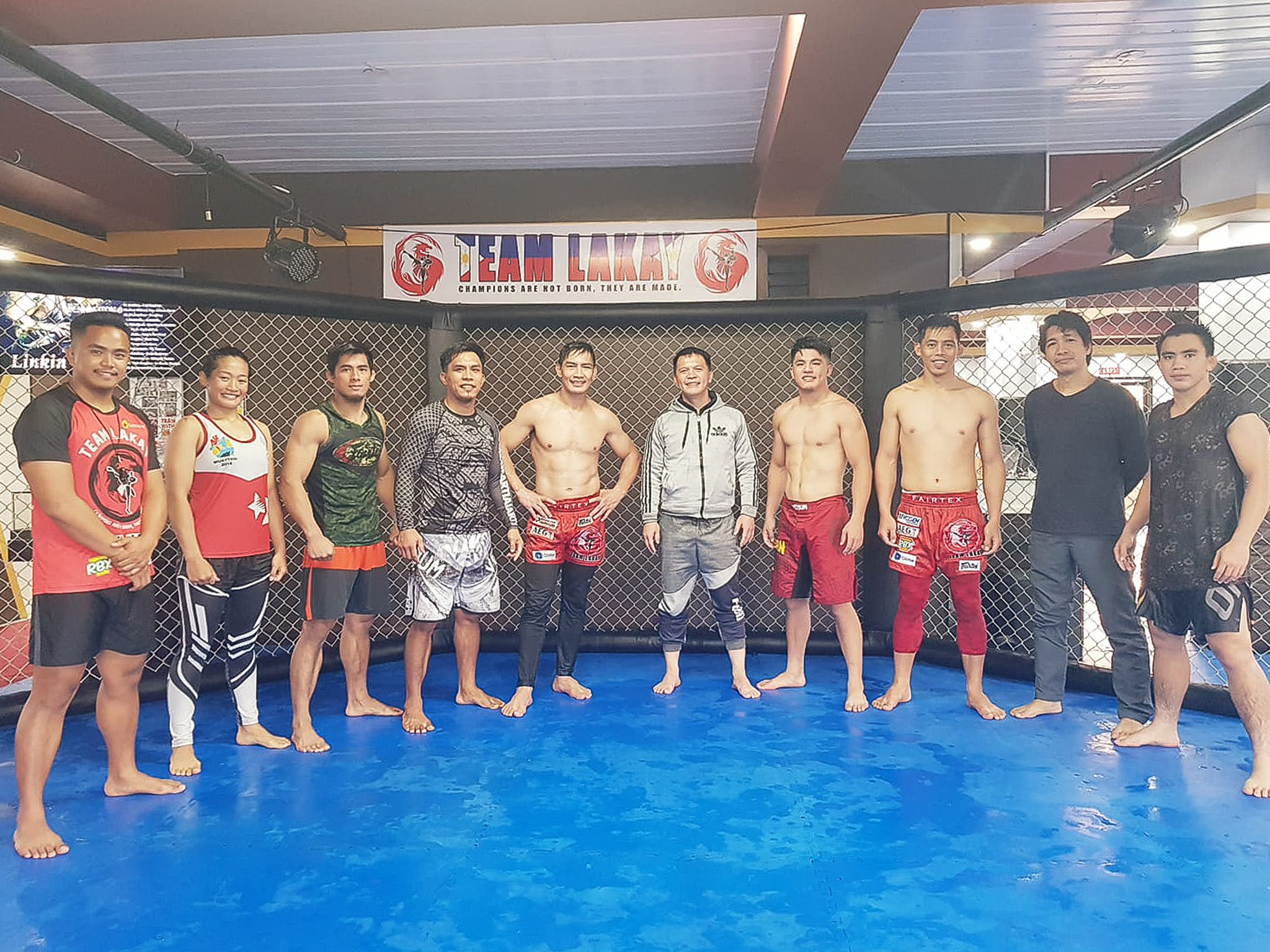 Jhanlo Mark Sangiao is excited to showcase his skills inside the Circle following the impressive performances of his stablemates, Jeremy Pacatiw and Jenelyn Olsim.

Pacatiw debuted last month with a dominating unanimous win over China’s “The Ghost” Chen Rui in ONE: BATTLEGROUND and Sangiao who’s been watching the fight also wants to prove what he’s capable.

“After (Jeremy’s) fight, I definitely could say that I got more inspired to train more and more. It also added to my excitement to finally compete in the ONE Circle,” said Sangiao.

Sangiao and Pacatiw have a close tie growing inside the four corners of the fabled Team Lakay gym. The two are frequent sparring partners and both entered ONE Championships at the same time last year.

With Pacatiw’s remarkable showing last month Sangiao is also expectant to be called to fight.

Nevertheless, Sangiao was happy with Pacatiw’s performance and the subsequent victory.

“I’m extra proud of him as his brother and his teammate. Training with Jeremy is fun because he doesn’t only train with you but he also teaches the small details of the techniques he uses. He’s the guy that doesn’t only want to learn the skill but also wants to master it, and following his lead really is huge for my personal development,” Sangiao stated.

“So, to see him win his first match at ONE Championship, it was very inspiring for me. His win only activated more of my desire to compete, to see my name on the fight card of ONE Championship which I hope will be in the very near future.”

Another Lakay that’s been rocking the Singapore-base organization is Jenelyn Olsim.

The 24-year-old Filipina shocked the women MMA when she submitted Maira Mazar in the strawweight and lately won via unanimous decision against Bi Nguyen under the atomweight banner.

Sangiao could only utter words of praises for the flexible but hard-hitting Filipina.

“Jenelyn was amazing in her two fights for ONE so far. She is also another very inspiring athlete. These victories for my teammates only help give me more confidence,” said Sangiao.

“Before, we were only known as strikers who came from the mountains. But now, things have changed. We are consistently trying our best to improve our grappling game and wrestling moves so that we have all the weapons when we go to the battlefield. That was really our goal, us new breeds of Team Lakay, that we all want to be well-rounded and complete athletes.”

While waiting for his own debut, Sangiao has been honing his arsenal to be ready for war. Under the tutelage of his own father, Team Lakay head coach and founder Mark Sangiao, “The Machine” believes that he can represent well the new breeds of the stable.

“I’m working on every facet of my game. I train every day, not because I have to but I love doing it and I enjoy it, it’s a lifestyle. This keeps my motivation high, whether my debut fight is close or still far. I cannot just spot-train, like only striking or only grounds or wrestling. Every athlete here is dangerous and when I face them, I will have to be well-equipped,” Sangiao said.

“You can only expect that a more improved Team Lakay breed is coming. We’re all hungry and I, for one, am a hungry warrior, one who is sharpening his skills to deliver a good fight and here to entertain the fans.”