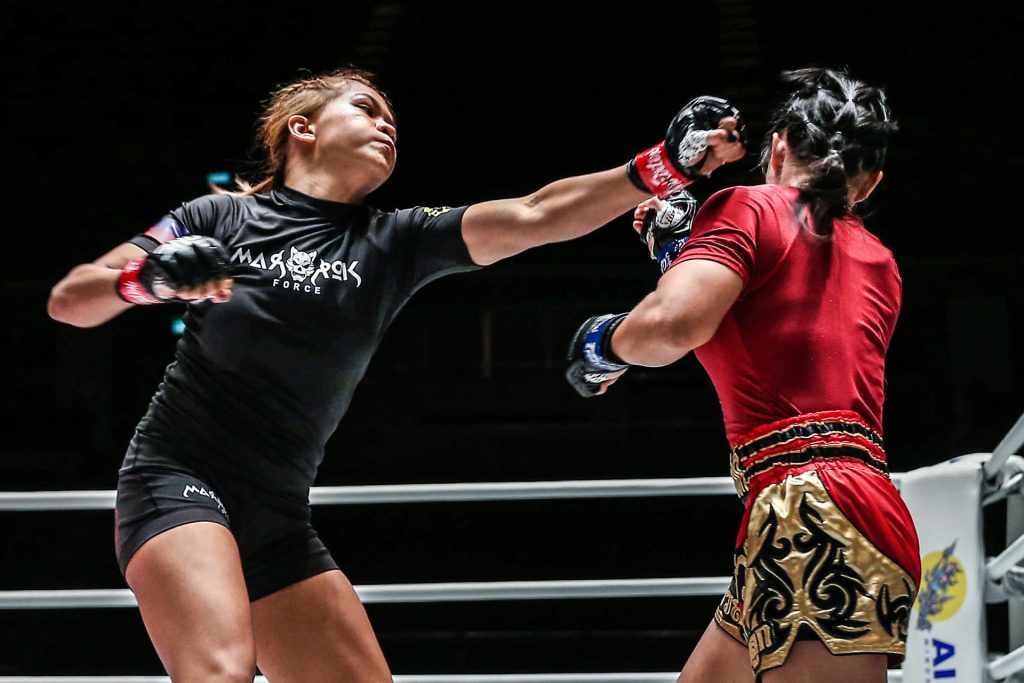 Denice Zamboanga had full confidence in her talent when she was drawn to face Seo Hee Ham in the opening round of the Women’s Atomweight Grand Prix that is part of the historic all-female card on ONE: Empower in May.

For The Menace, having the tough veteran fighter serves as one of the biggest bouts of her young career, as she will be staking her unbeaten 8-0 record in MMA against the South Korean who will be making her debut at ONE Championship.

“This will be the biggest challenge for me,” said Zamboanga on the streaking Ham, who is also unbeaten in her last five fights.

With her status as ONE’s top atomweight contender, she had the option to face Angela Lee right away for the title, but her desire to face off against quality opposition made it easier to throw herself into the hat.

“If you’re really a champion, whoever you are, whatever challenge you might face. We will accept whatever it is,” she then said.

Her battle with the southpaw is a proof that she never back down on anything that threw on her way, especially when she made headlines last year calling out the Singaporean champion, who was then took a break from combat sports owing to her pregnancy.

And that includes taking on the 34 year-old who was a veteran of the prestigious Ultimate Fighting Championship.

Zamboanga confidently quipped, “If I ever win this fight, I think for the next fight, it will be easier for me and I think this will prove that I really deserve to fight the Atomweight champion.”

There are a lot of sacrifices she had made, including the hard decision to change gyms from Pattaya’s Fairtex to Bangkok’s Marrok Force last year before knocking out Watsapinya Kaewkhong in A New Breed.

But should she get past through ‘Hamderlei Silva’, there’s a prospect on taking on her close friend Stamp Fairtex in the semifinal.

Yet for Zamboanga, “I think it’s all about business.”