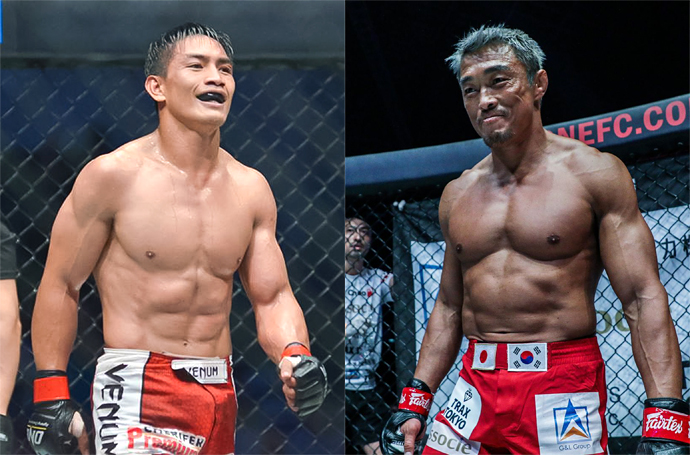 A string of Team Lakay’s wins to open 2021 have motivated the legendary Edward Folayang when he prepares for his battle with Japan’s Yoshihiro Akiyama in the fourth and final instalment of ONE on TNT that is slated on April 29, Manila time.

The Landslide has endured a freefall lately as he lost four of his last five, including a winless 2020 where he lost to Pietr Buist and Antonio Caruso in contrasting decisions.

But those losing skids did not deter the former ONE Lightweight World Champion.

“This will be a great fight for me. I’m working hard with the team right now, and I’m definitely up for the challenge. Everyone is gearing up,” he said, with his most recent win in the circle coming in 2019 where he edged Mongolia’s Amarsana Tsogookhuu in a technical decision at Masters of Fate.

However, the eldest statesman in Benguet’s prized mixed martial arts stable was inspired by the convincing stoppages by Lito Adiwang and the debuting Jenelyn Olsim in the past two months, and he hopes that it can carry him through the fight.

“Our victories in the first half of the year have boosted our morale. I, myself, have been inspired by my team’s victories.”

Furthermore, Folayang was glad that he had to face a legend like Akiyama, and it’s imperative that his road to redemption should begin with a convincing performance against the former Asian judo champion who had been a veteran of K-1 and the UFC.

By the opening bell of their three-round contest, the pair will have a combined age of 81 years old, with the Landslide being nine years younger than Sexyama.

“It is always an honor to share the Circle with legends. It gives me added motivation. Yoshihiro Akiyama is a legend and a veteran of the cage. His name is known throughout the world.”

With respect to his opponent’s quality, Folayang is dead serious as he will never take him lightly.

“We’re coming up with a solid game plan. He’s not going to be an easy opponent. But at the same time, I’m confident in my skills.”