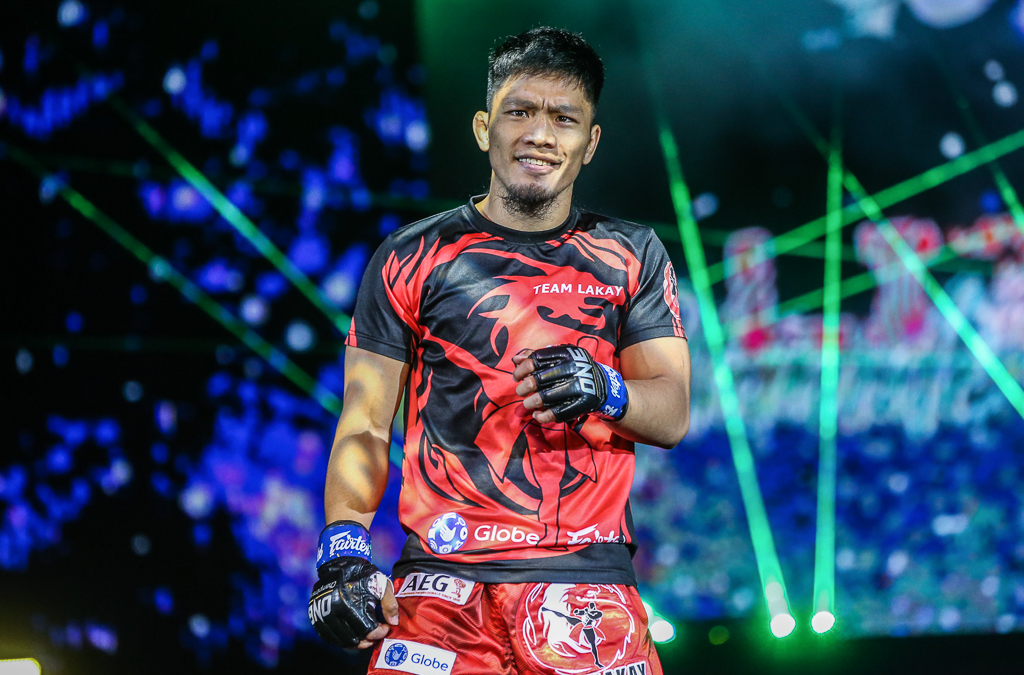 Team Lakay’s Lito Adiwang wants to prove his doubters wrong in his upcoming fight against top strawweight Jarred Brooks at ONE on TNT II on April 15.

Adiwang, who already learned his lesson against the loss to Hiroba Minowa last year will be facing another strong wrestler in Brooks.

But this time around, he will be ready.

“I’ve seen that his base is wrestling so I’ll be expecting strong controls and fast take down attempts, because once he finds his position, it’s over for you,” said Adiwang.

“He’ll try to dominate you in the ground so I’ll try to counter that.”

Adiwang is known to have a very aggressive fighting style but the split decision loss to Minowa opened a new world to him. He admitted that he got impatient during the fight and rushed things which cost him the night.

Against Brooks, “Thunder Kid” will be smarter and more focus all throughout the match.

“It all depends on his approach and game plan. If he makes a mistake then I will definitely go for the finish. Once I can counter him, I can see that I can finish this fight early, if not then win it by decision,” said Adiwang.

“I’ll try to be more focused in this fight, make less mistakes and then more calculated approach – not just being wild.”

Known as a striker with high finishing rate, Adiwang will stick to his base style as it has already been proven, lately against Namiki Kawahara where Adiwang finish the fight in a second-round knockout.

“Striking is my base. I’ve been doing this ever since I started my career. This will be my edge against him,” said Adiwang.

Adiwang concluded that fans can expect a barn burner night and he will do his best to prove that he can compete with one of the best fighters in his division.