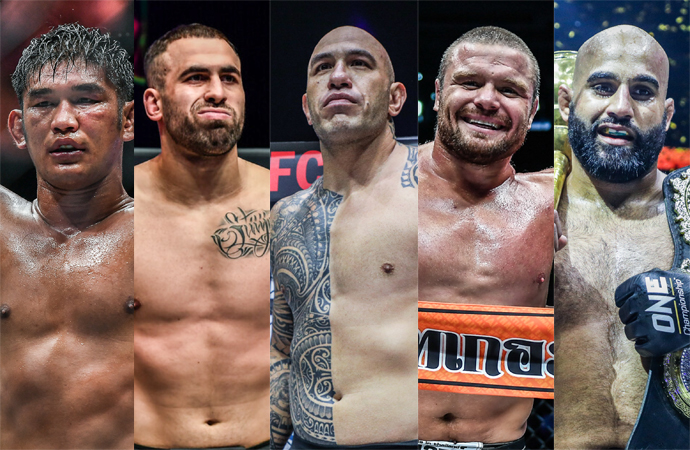 Former ONE Heavyweight World Champion Brandon Vera is delighted to see more fighters adding to the pool and taking the challenge to be the next heavyweight kingpin.

Though no longer the one sitting at the throne, “The Truth” is still pleased that the division is finally getting the slice of the pie.

“It’s a very beautiful thing to see,” said Vera. “I’m very proud, personally, to be a heavyweight representative of ONE Championship. The talent pool just keeps on growing here at ONE.”

Reigning in the division for more than five years, Vera took down the likes of Paul “Typhoon” Cheng, Hideki “Shrek” Sekine, and the latest Mauro “The Hammer” Cerilli.

He even challenged Aung La “The Burmese Python” N Sang for the ONE Light Heavyweight World Championship back in October 2019 with the lack of able challengers just to stay in shape. Vera, however failed to bring home his second belt.

Some 18 months later, Vera bowed down to Arjan Singh Bhullar in ONE: DANGAL and lost his belt via technical knockout in the second round.

But that is all in the past now as the Fil-Am fighter will be closely watching the face off between Russian mastodon Anatoly “Spartak” Malykhin and Bulgarian brute Kirill Grishenko for the chance to be the ONE Interim Heavyweight World Championship.

“Both of them are raging bulls. Either of them would be an amazing interim champion,” he said, sharing that he sees a fairly even duel between the two before making his fearless forecast.

“I’m going to root for the kicker, Grishenko.”

The winner of the clash wouldn’t surely stay confident as Vera promised to reclaim, according to him what is rightfully his.

“It’s really an exciting time to be part of ONE Championship and I promise that I will be back in the ONE Circle soon. I can imagine that being in the third or fourth quarter of this year, but you bet, I am looking forward to ramping up my training again,” said Vera.

“As for me, I will be back and I can’t think of doing anything else other than reclaiming what is rightfully mine.”

Yet, for now, Vera is enjoying his extended break with his family waiting for the next challenge.