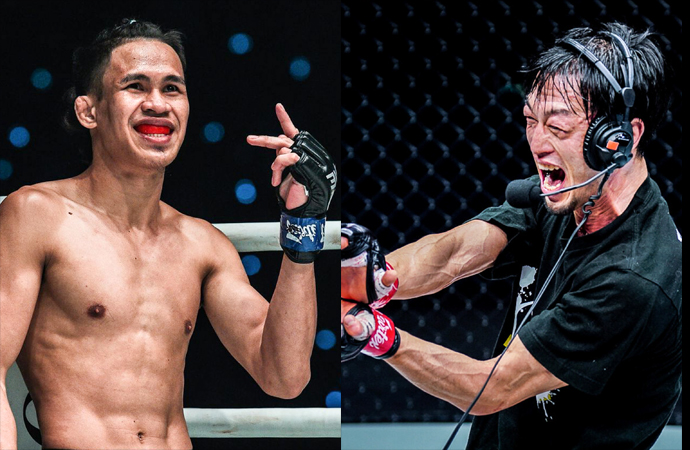 The Japanese veteran displayed an astonishing mastery of his hands, connecting body shots to the Indonesian opponent and took him down on the third round of their fight.

But it was as expected by Miado who was initially scheduled to meet with Ikeda but later pulled out due to health and safety protocols.

“I know and I expected those from him. I can say that I’m amazed with how both athletes performed in that match, but I’m certainly impressed with Ikeda. You can see how determined he was to get the win and he really showed his best to win that fight,” shared Miado noting that it was the gameplan their camp anticipated primarily before changes were made in the card.

“He really worked hard for it. You can see his dedication and his fighter spirit in all those three rounds. He never gave up and he really wanted that finish, and he got it.”

Not only did Ikeda earn that brilliant victory but his performance was also such a standout that he was one of the recipients of $50,000 bonus, alongside Saygid Izagakhmaev and Ekaterina Vandaryeva from ONE Championship Chairman and CEO Chatri Sityodtong.

Only, the excellent performance only made the hungry Jaguar more pumped to get back to training, hoping to lock horns with Ikeda anytime soon.

“I’m more excited now. We prepared for him and he proved that he’s really a strong fighter. He presents a very interesting challenge for me that I need to get over to progress with my career,” said Miado.

“You can see that he’s really a striker, and that means that we have the same bread and butter. So, if ever we get matched up again, I have to really be at my best and strive harder in my training.”

Yet Miado keeps his feet on the ground with the belief that Ikeda may be the push he needs to climb the strawweight rankings.

“For me, I know that I still have a lot to learn and prove here before I can get to my goals of being included in the ONE Athlete Rankings. But it doesn’t mean that I’ll quit that easily. No matter how hard the task is, I can only promise that I will work hard to make it there,” said Miado.

“So, I just hope that I get a chance to face Senzo soon.”

And if his showing also brings him that $50,000 bonus? That’s just the cherry on top for Miado.

“I’m focused on the fight and everything that comes after that is just a plus. If ever I’ll be given that, I know that will be a big help for my family, for the future of my baby Tobiko. That’s why I can only assure everyone that I will give my best with or without the bonus because all I aspire to is to earn a future title shot,” he said.