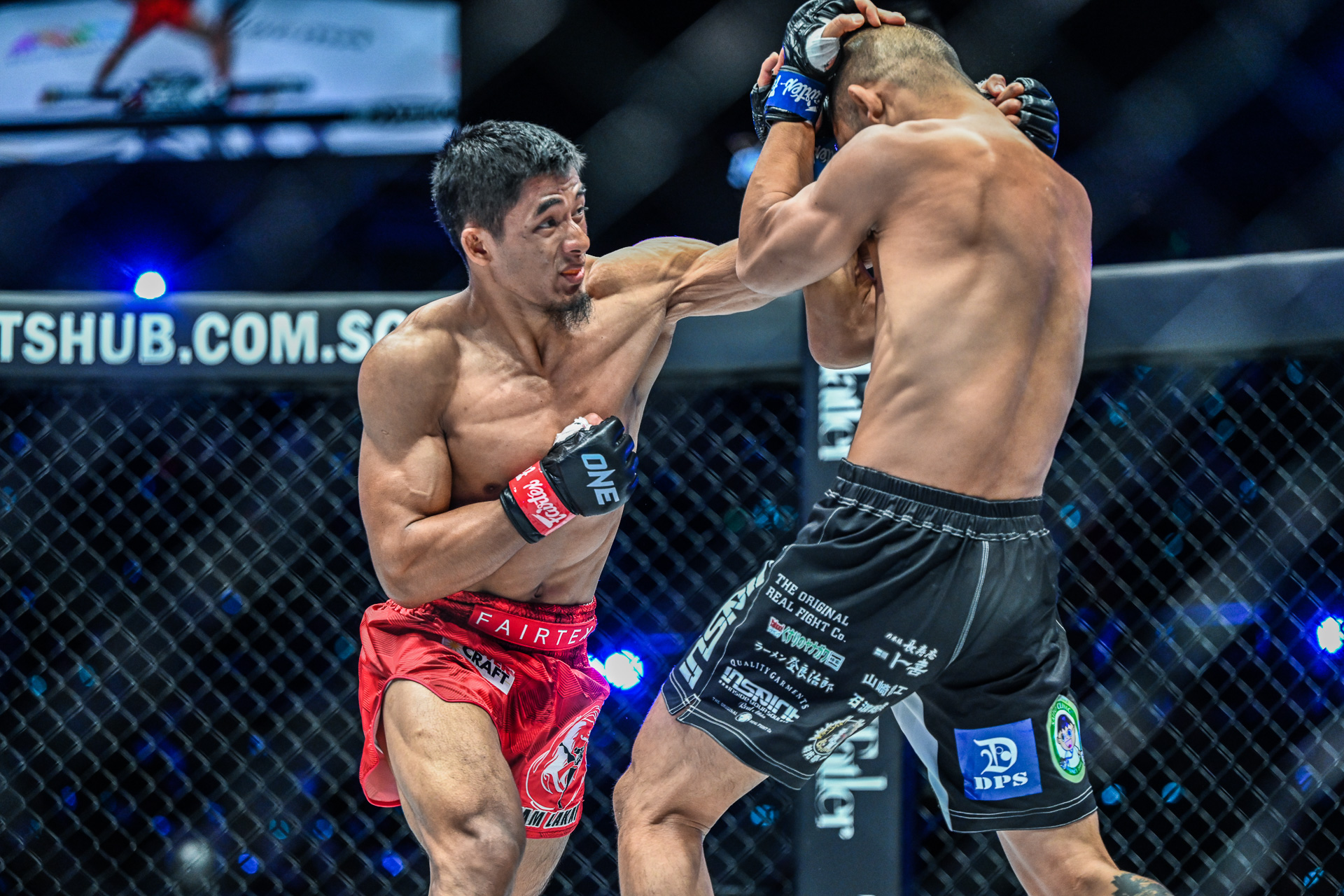 The 26-year old Igorot warrior demonstrated his capability both in the striking and grappling departments, making the judges clearly see his dominance in the fight.

Loman went off early releasing heavy artilleries of his signature left to try and knock Sato down but the veteran landed a right straight to slow Loman down.

Then, it was a game of chess for both fighters which forced referee Olivier Coste to issue a yellow card to hype up the 10th year anniversary of ONE.

“I think we got the yellow card there because I could not get my reach. My punches could not land. I did my best and Shoko was a tough opponent,” said Loman at the post fight interview.

Loman did not disappoint by taking down Sato but the pride of Sakaguchi Dojo defended well by being active on the canvass to prevent any submission.

Loman continued mixing up his striking and grappling, showing his well roundedness to secure his 10th fight win streak.

Loman has become undefeated for the last three years, improving his MMA record to 16-2 while Sato dropped to 31-15-2.

“I will do my best and climb the rankings. It’s getting close now for a title. Next, I would like to challenge those who are ranked above me,” Loman humbly stated.

The win cemented Loman’s status in the ONE athlete rankings with a possible title contention against newly instated ONE Bantamweight world champion John Lineker.