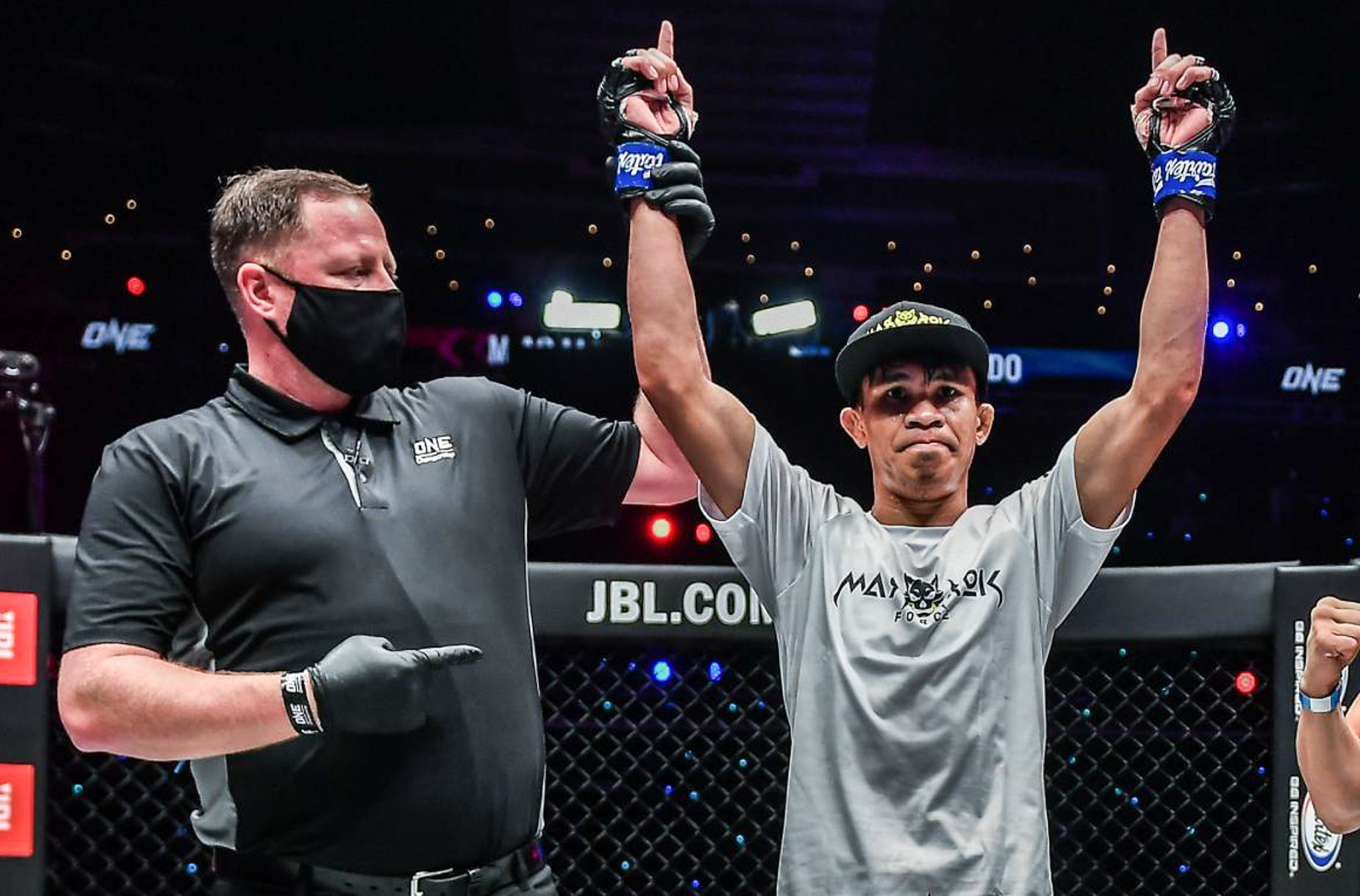 Filipino stalwart Jeremy Miado wants to continue his excellent performances going into the once in a lifetime clash with another Filipino Lito Adiwang at ONE X on March 26.

The Jaguar who is on a roll lately has won three of his last four fights including two knockouts against Chinese Miao Li Tao.

Miado credits Marrok Force in helping him improve his playstyle to achieve this streak.

“Marrok Force has allowed me to train with them and be a part of the team. They have been helping me in sharpening my skills,” said the 10-4 Miado.

“Training is very different here because I can focus, unlike back [in the Philippines] where I had to work as well and be my coach.”

The Thailand-based gym also helped Miado adjust for his upcoming clash against Adiwang.

“Every fight is always different because fighters have different strengths and weaknesses. Another difference now is that I am fighting against my fellow countryman,” shared Miado.

For Miado, it does not matter who he will be facing inside the Circle because he is sure to give an awesome fight against the explosive Adiwang.

And one thing is for sure for the Albay-native, he will be the one raising his hands at the end of the day.

“We are both strikers, and we both know our games. While he moves fast when he fights, I have a longer reach, which I will use to my advantage. I won’t mention anything more, to make it a surprise,” said Miado.

Nonetheless, outside of the Circle the two are sworn brothers hosting the same flag in the international stage.

The Jaguar hopes that the fight will bring him closer to the athlete rankings and to world title contention someday.