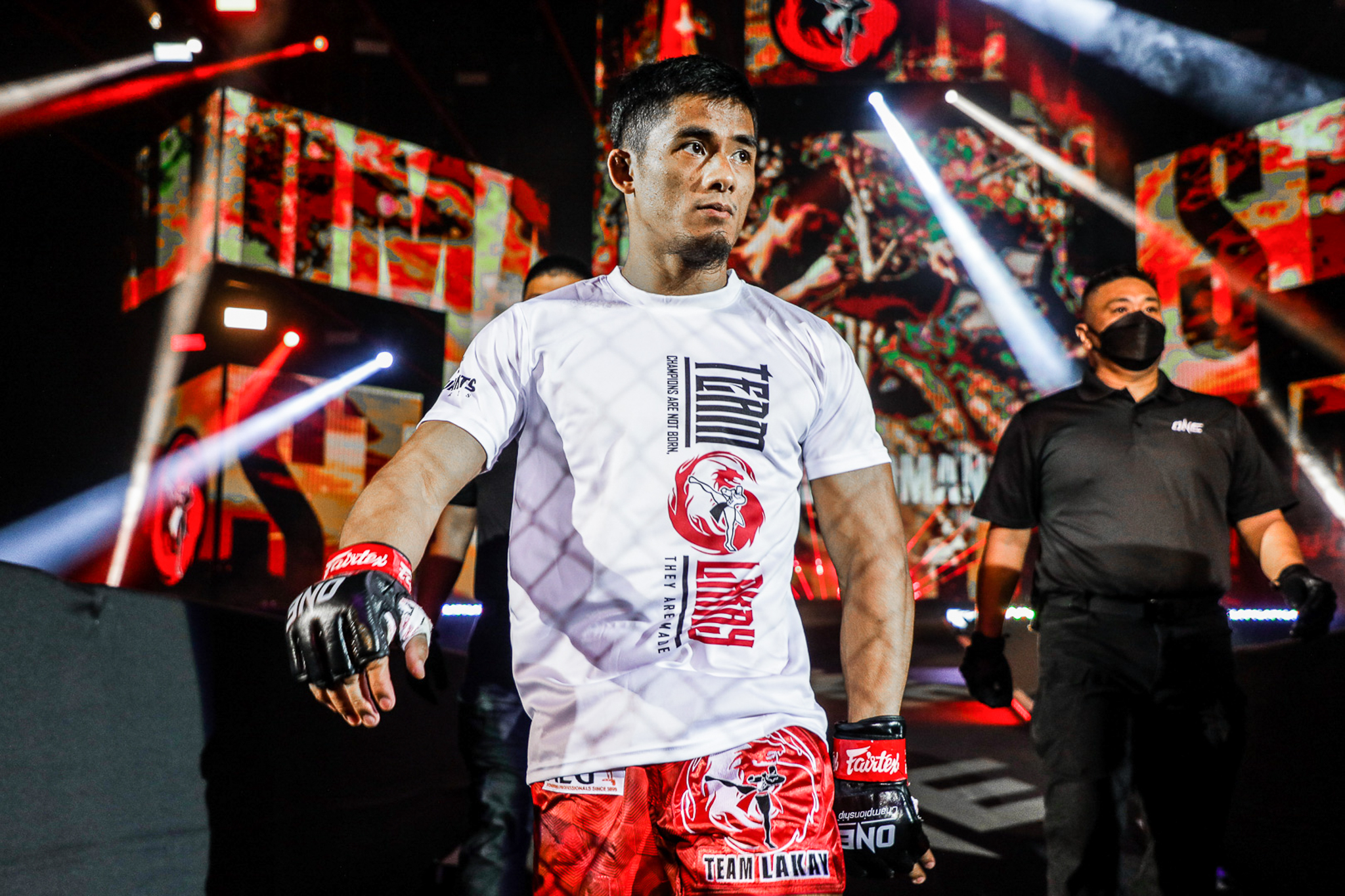 Filipino MMA fighter Stephen Loman will mark his return inside the MMA cage against Shoko Sato of Japan in ONE: X in Singapore Indoor Stadium on March 26.

ONE X will showcase the talents of five Filipino MMA athletes including the newcomer Loman.

“The Sniper” barged his way into the ONE athlete rankings after taking down the “Maestro” Yusup Saadulaev during his debut at ONE: WINTER WARRIORS II.

The Team Lakay stalwart delivered a crushing left hand to knock the Russian fighter down cold into the canvass, proving his finishing prowess.

The win plummeted Loman into the rankings, taking over Yusup’s no. 3 spot.

Meanwhile, the 34-year-old Sato has a 3-1 record under The Home of Martial Arts banner boasting a 100 per cent finishing rate.

He has already taken down the likes of Mark “Tyson” Abelardo, Rafael “Morcego” Silva, and Kwon Won Il before suffering a loss to #4 ranked Fabricio Andrade.

The former Shooto Bantamweight World Champion hopes to return into the winning column and improve his 35-17-3 MMA record.

The two latest addition to the fight card will surely enhance the explosiveness of the event.

Aside from Loman, fellow Igorot warriors Lito Adiwang and legend Eduard Folayang will also be included in the match fighting Jeremy Miado in an all-out Filipino clash and Australian John Wayne Parr, respectively.

No. 2 ranked atomweight Denice “Lycan Queen” Zamboanga will be seeking payback when she gets her rematch against #3-ranked Ham Seo Hee. The bout was bound to happen after the Marrok Force mainstay suffered a controversial loss to the South Korean in their ONE Women’s Atomweight World Grand Prix quarterfinal match.

The three-part event of ONE Championship is the celebration of its 10th year anniversary and will feature five world championship bouts. ONE X will air live from the Singapore Indoor Stadium on March 26 with the occasion featuring almost everything the martial arts world could offer.