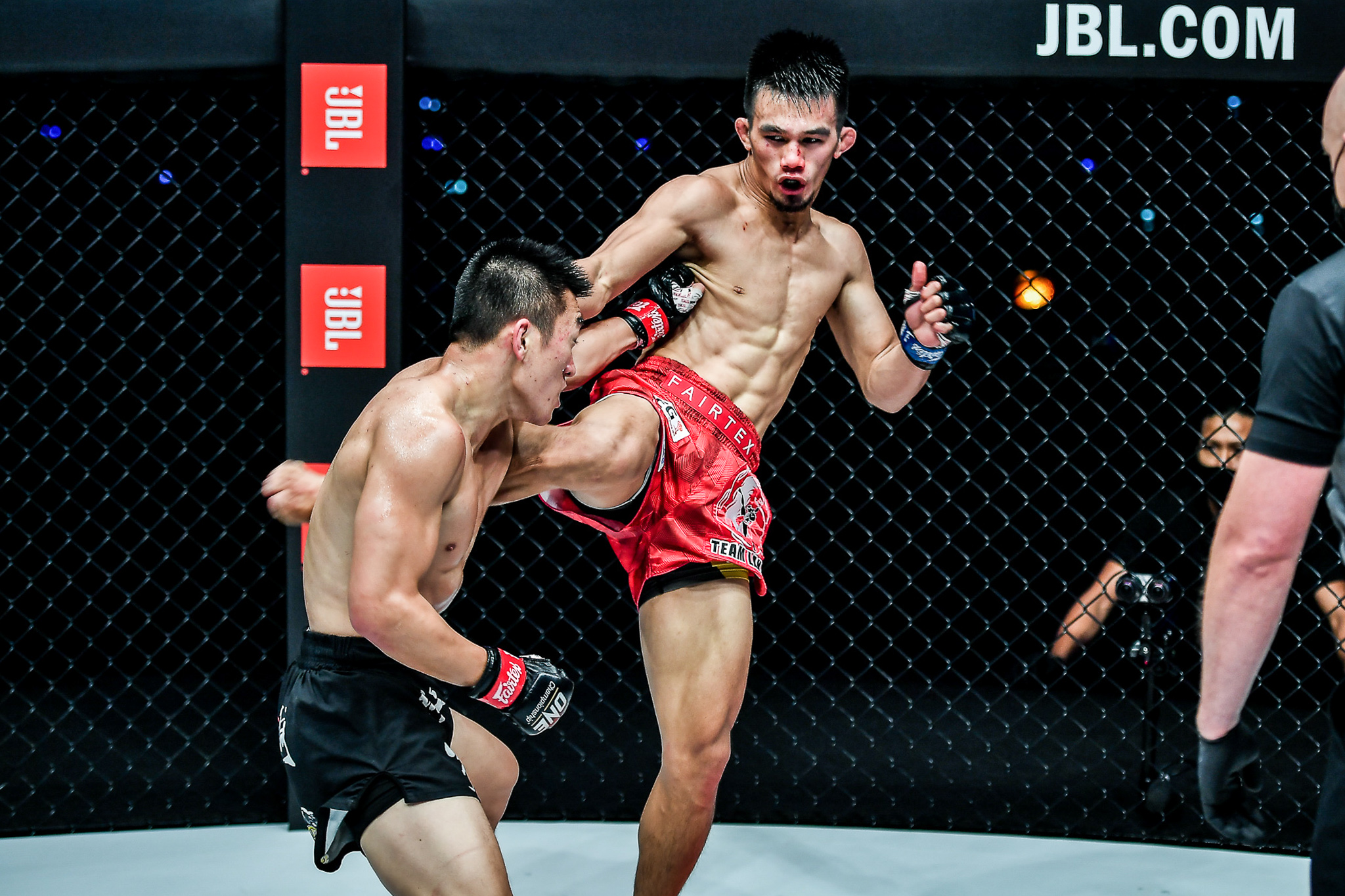 Team Lakay’s Jeremy Pacatiw opened his ONE Championship career in style, dominating Chinese stalwart Chen Rui via unanimous decision in the preliminary card  of ONE: Battleground Friday evening at the Singapore Indoor Stadium.

Since coming on from Brave Combat Federation to sign with Asia’s biggest fight promotion last June, the Juggernaut lived up to his moniker against the Ghost from Chengdu in their bantamweight encounter, putting up a flawless combat display inside the circle to emerge victorious.

It was his sixth decision win for Pacatiw, who moved up to 11-4 in his MMA career. Chen, meanwhile, lost his second consecutive bout to fall down at 9-3.

Pacatiw rocked Chen with a solid three-punch combo to the head that set the tone for the opening round, in which he was close to subdue the Chinese on an armbar attempt but was thwarted by a good take-down defense.

It was much the same in the second where the 25-year-old Benguet native put his ground game to good use on both offense and defense, neutralizing Chen’s striking in the process as he was first to take him down to the ground most of the time.

And despite the accidental low blow on Chen in the final round, Pacatiw held his nerve despite trading hits and takedowns with Chen, as he got the nod of the judges in all three rounds.