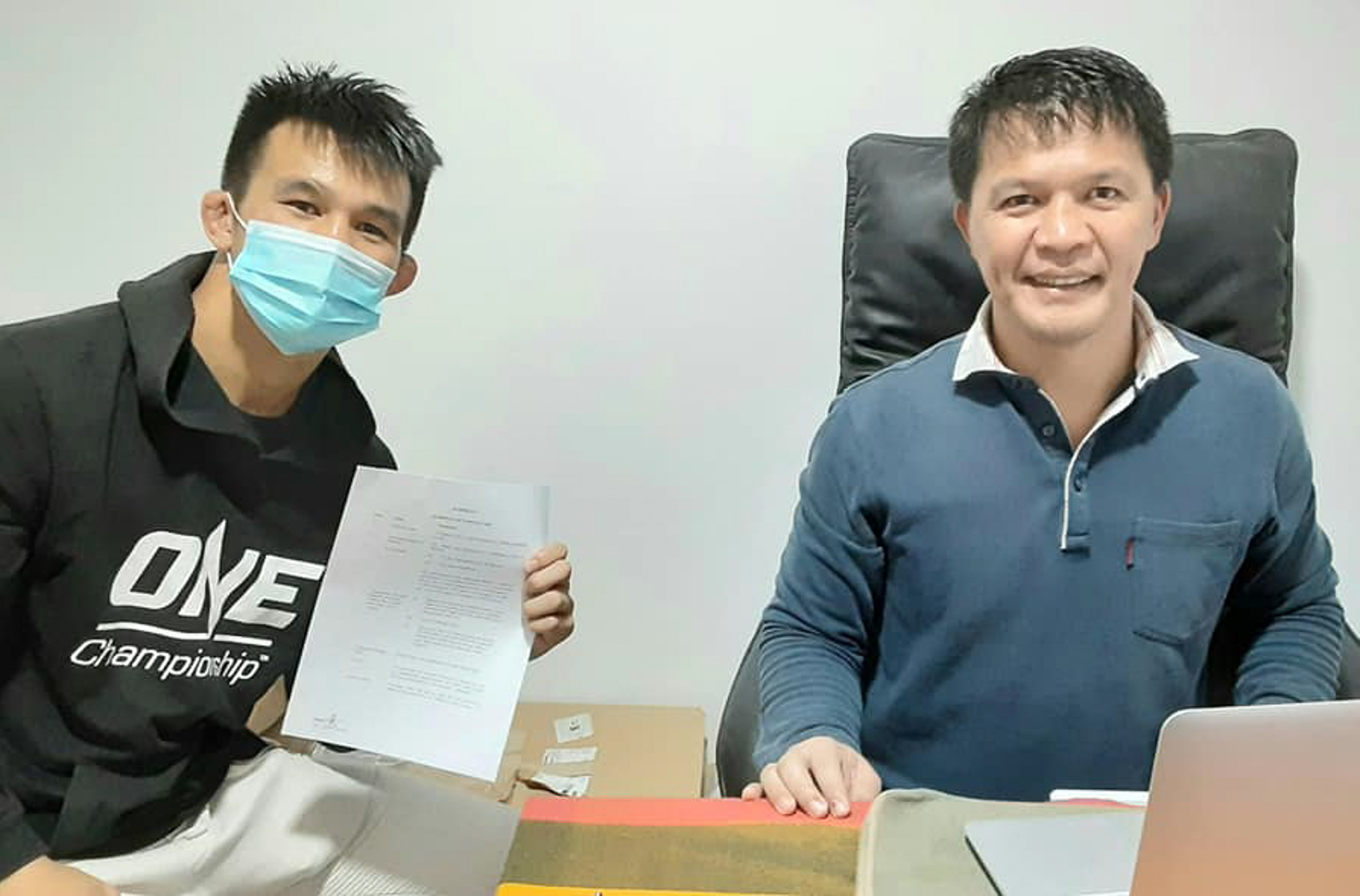 Team Lakay Jeremy “The Juggernaut” Pacatiw ready to start a new era for the stable with his much-anticipated promotional debut at ONE: BATTLEGROUND on July 30.

Pacatiw who has been dominant from his previous fighting promotions will be stepping into the canvass of the Singapore-based fighting organization with a huge promise.

With a new stage to compete in, Pacatiw said that a more refined version of him will be coming to ONE Championship.

“I’ll say now that they will see a different breed of Jeremy Pacatiw, a much better version of me,” Pacatiw confidently said.

Yet, Pacatiw is ecstatic for this new chapter of his career as he takes on all comers with his fellow Team Lakay peers by his side at ONE.

“I am very, very much excited for my debut. I won’t go into details about our preparation but I believe we have everything set for this fight,” Pacatiw said.

“The Juggernaut” will lock horns with Chinese Chen Rui who’s been on a slump lately after knocked out on third-round by Korean Kwon Won Il last January.

Jeremy is motivated to leave a lasting impression and prove that like his stablemates, he is here to stay.

“I watched his fights and I saw my advantages as well as my disadvantages against him,” shared Pacatiw who knows that a fighter on a slump is the most dangerous.

The 25-year-old Igorot is not alone as his stablemates are ready to somewhat introduce him into the stage of ONE Championship.

“They only gave me positive reminders ahead of my debut. They also told me that I should keep in mind that this being my debut, this is the moment for me to shine and get my name remembered,” he said.

Having also former ONE Bantamweight World Champion Kevin Belingon on his side, Pacatiw has the best resources to study the division.

“Manong Kevin told me that I should give my all in the fight. He also reminded me to stay focused on the match all the time and not get distracted by anything that’s happening outside of the cage,” shared Pacatiw.

Leading the pack of the Baguio-based stable’s newcomers, Pacatiw also knew that it is a golden opportunity to introduce Team Lakay’s “new breed” to the world.

“I just stay focused. I don’t really feel pressured because that’s what they reminded me of. The most important thing in my mind right now is to win, and that’s it,” he said.

Nevertheless, Pacatiw will do everything to have his hands raised after the night.

“In MMA, anything can happen. It could be a knockout, a submission, or a decision, so we really don’t know what can happen. But I’m positive that the result of all my hard work will show on July 30,” said Pacatiw, knowing how important his debut is in establishing his career.

“This match is so huge for me that it’s a must that I win this. Everything else will follow. Every fight that I win will lead me closer to the top and eventually, becoming a champion at ONE. But my focus is here, and we’ve prepared well for this fight.”