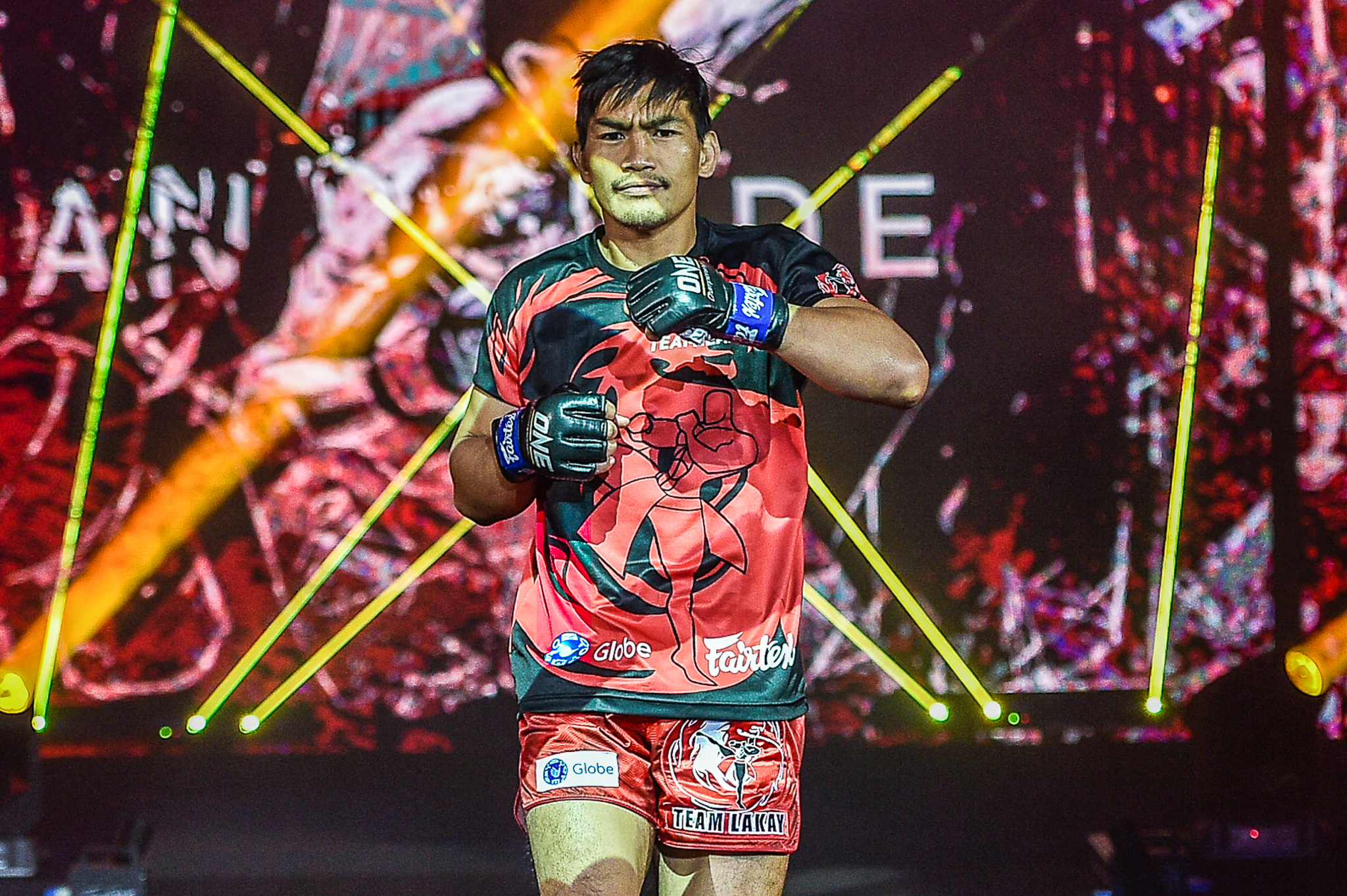 Filipino MMA icon Eduard “Landslide” Folayang believes that it is still to early to hang his gloves for good despite dropping three fights in a row.

The former ONE Lightweight World Champion will headline ONE: BATTLEGROUND II against a promotional newcomer “The Warrior” Zhang Lipeng in a tape delayed event from the Singapore Indoor Stadium in Singapore which airs on Friday, 13 August.

Folayang knows himself most and just disregards the comments about his retirement even though his recent setbacks to Pieter Buist, Antonio Caruso, and Japanese rival Shinya Aoki might not say the same.

“I’m focused on my goals. I still have a lot to offer this sport. I want to achieve things that others haven’t. As a martial artist, I want to unleash my full potential because I know I haven’t yet,” said the 37-year-old Folayang.

“The biggest lesson I’ve learned during this stretch is just to persevere. I needed to understand that the best comes to those who don’t give up on their dreams. I believe in myself. I believe in what I can do, and I wouldn’t be here now if I didn’t.”

However, Folayang might find himself in a peculiar position facing Zhang.

In spite of being new to ONE Championship, Zhang’s resume packs a punch. He is a former The Ultimate Fighter: China winner and a grizzled veteran with just as much big-fight experience as he has. Zhang is also a KLF Champion and has been in the game as long as Folayang.

“This will be a good test for the both of us,” Folayang said.

“We’re both veterans of this sport. We’ve seen it all. For sure, it will be a good fight. We have a lot of similarities in terms of our background. So, this fight could come down to a matter of will. Whoever wants it more will win.”

Also, according to Folayang, setbacks hurt but they also teach valuable lesson especially in MMA.

He also believes that there is still much left in the tank and he is just getting better after each date inside the Circle.

“I think every experience I’ve been through over the past few years has really helped me to evolve as a fighter. I’ve been through a lot of adversity, and it has molded me into a more capable martial artist, and a better person. I honestly believe I’m a better fighter now,” Folayang said.

“Uncertainty is the beauty of MMA. Anything can happen in that cage, so let’s see what we can do.”