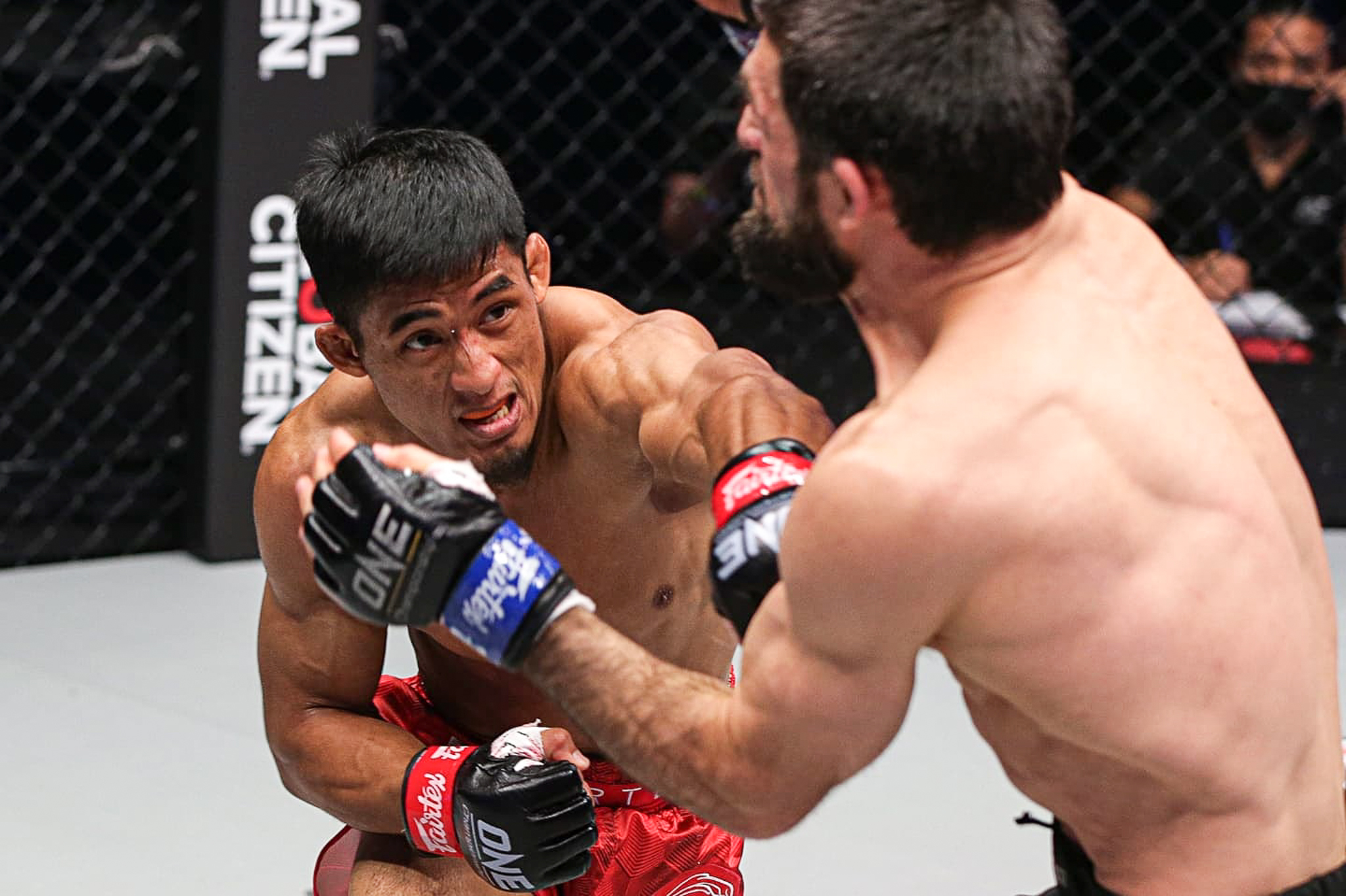 Stephen Loman proves that he belongs to ONE Championship after a first-round stoppage against the no. 3 ranked bantamweight Yusup Saadulaev at the Singapore Indoor Stadium, Friday night.

Loman cuts the Russian’s three fight win streak with an overhead left at the 4:09 mark of the first round of ONE: WINTER WARRIORS II.

Saadulaev tried to stand up but was too groggy to continue the fight.

“Right now, I am very happy because I got a knockout win against the number three ranked contender Yusup,” shared Loman.

“I prepared a lot for this fight together with my teammate. I just did my best and it paid off.”

The former BRAVE CF Bantamweight World Champion was already measuring the range of Saadulaev with his left but was too careful of the latter’s striking.

Saadulaev was able to connect a left of his own into Loman’s chin.

Yet, after testing the waters, The Sniper was ready to go in for the kill, orchestrating the perfectly timed left to send The Maestro cold into the floor.

“We are always doing that combination. We practiced a lot and I just get my timing,” shared Loman.

“I timed his punches and once he comes in, there you go. It was the plan and that’s it.”