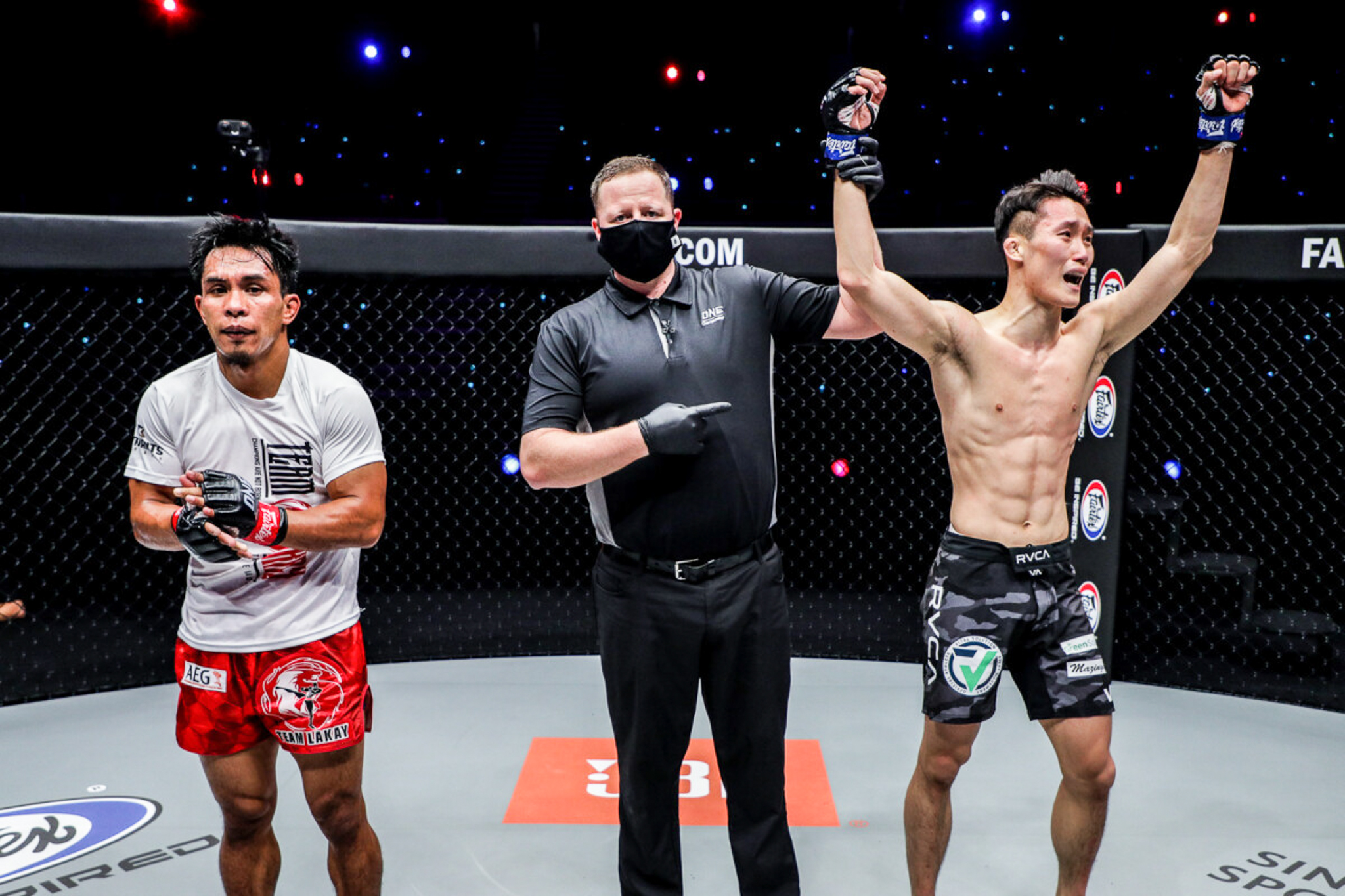 Kevin Belingon suffered his fourth straight loss after he went down to Kwon Won Il in the penultimate fight of ONE: Winter Warriors II, Friday evening at the Singapore Indoor Stadium.

The former ONE World Champion was stopped by the unranked Pretty Boy (11-3, 6-3 ONE), who maximized his size advantage to win his third fight in a row via a second-round knockout.

From the opening bell, both fighters traded strikes and defended well inside the circle as Kwon barely got the better of Belingon in the opening round after getting out of the latter’s takedown attempt.

As the 34-year old slowly gained his momentum, he was floored by the South Korean’s shovel hook to his rib cage, forcing the hand of referee Justin Brown to put an end to the contest with 4:08 left in the second round.

The Pretty Boy did not mince his words about his dream bout after silencing the Silencer.

“Give me the title shot,” Kwon exclaimed to Mitch Chilson.

On the other hand, Belingon admitted that his defeat was attributed to his rib injury eight weeks before the fight.

Despite the loss, The Silencer still takes lessons to heart as he hopes to bounce back for 2022.