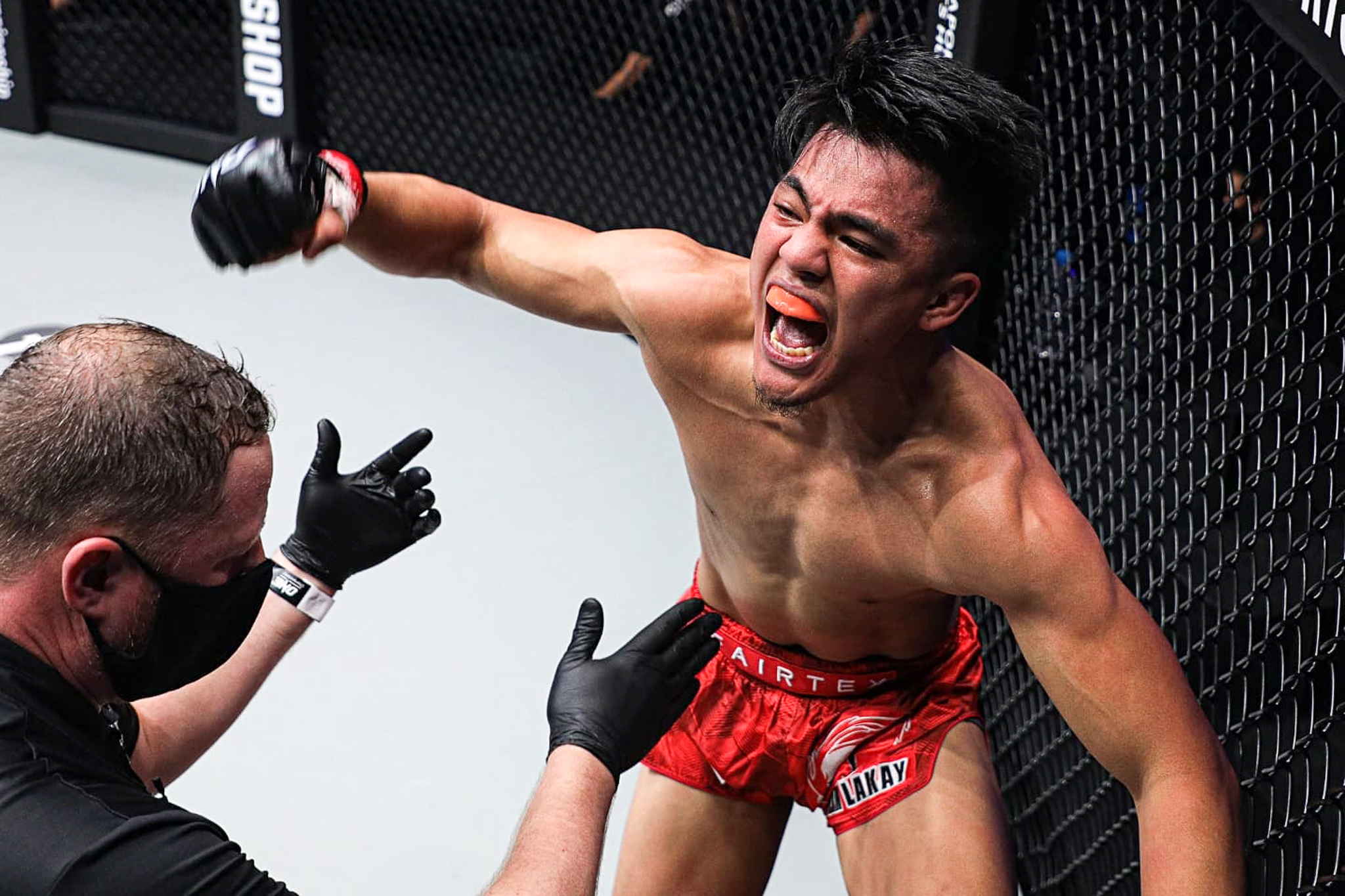 Team Lakay Jhanlo Mark Sangiao toppled Indonesia’s “The Great King” Paul Lumihi with a rear-naked choke in the first round of his debut in ONE: WINTER WARRIORS II, Friday night.

It only took the 19-year-old Sangiao one minute and 41 seconds to make a statement of his arrival in the Singapore-based organization.

Pumped with excitement, Sangiao established his dominance early into the fight, throwing a barrage of punches while still being wary of the veteran’s capabilities.

“The fear and pressure are there especially before the fight but I took it as a motivation,” said the son of legendary coach Mark Sangiao.

Lumihi tried to outwit Sangiao with an intimidation instead of a handshake but the Filipino fighter was ready and connected a right-left combination instead.

Sangiao brought the fight down into the mat and Lumihi was not able to retaliate, leading in to the rear naked choke.

The Machine later on revealed to Mitch Chilson that a very quick fight was not expected since he does not want to gamble against the 33-year-old veteran.

Yet, the opportunity arrived for the Filipino prodigy leading him to finish the night with an elusive submission win for his debut.

Sangiao gave the credit to his world champion manongs who helped him prepare for the fight especially when dealing with a 14-year senior.

With the win, Sangiao improves his MMA record to 4-0 while Lumihi drops into his fifth consecutive loss.

“The win will help boost my confidence now that I know how the system works inside the Circle,” said Sangiao.