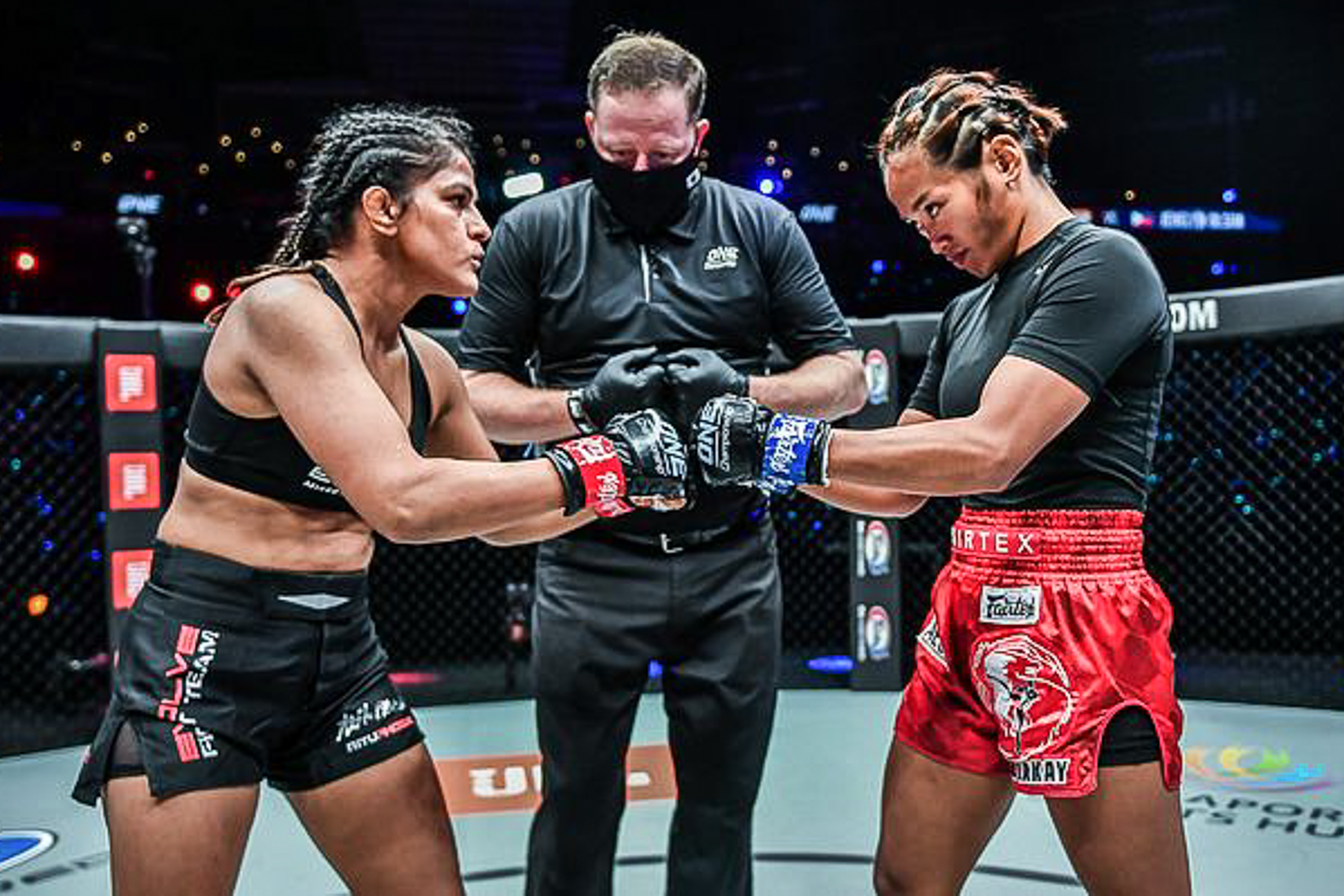 Team Lakay Jenelyn Olsim fails to qualify for the ONE Atomweight Grand Prix Finals as she falls to a unanimous decision loss against Ritu Phogat at ONE: NEXT GEN on October 29.

The 24-year Igorota was overpowered by Phogat’s ground game, proving that she is India’s wrestling queen.

Olsim was squaring off with Ritu fairly in the first round, defending against the latter’s aggressive ground game.

A warning was issued to Olsim after throwing an upkick to a  grounded Ritu during the scuffle at the end of the round.

The Indian fighter became more aggressive on the second round, scoring a takedown on Olsim to take control of the whole round. Olsim attempted an armbar but Phogat was able to escape.

Phogat continued her dominance in the third round with Olsim failing again to finish, this time with an arm triangle choke.

The loss dropped Olsim’s record to 5-3 while Phogat climbs to 7-1 along with a step closer to challenging Angela Lee for the golden plated strap.

Being a replacement to Itsuki Hirata who withdraw from the grand prix due to a non-COVID fever, Olsim was able to step up despite a 4-day notice – and Sangiao is impressed.

“Last night showed that Jenelyn could trade with the elites in the division, it was not a walk in the park for Ritu. We can’t win them all but for sure, Jenelyn is taking home with her a great lesson and reflection,” shared Sangiao.

“We still see the match last night as a huge opportunity for Jenelyn to constantly improve and to train way more. We also know that Jenelyn has more steps to stride before she gets there. We will go home and continue making a Champion!”